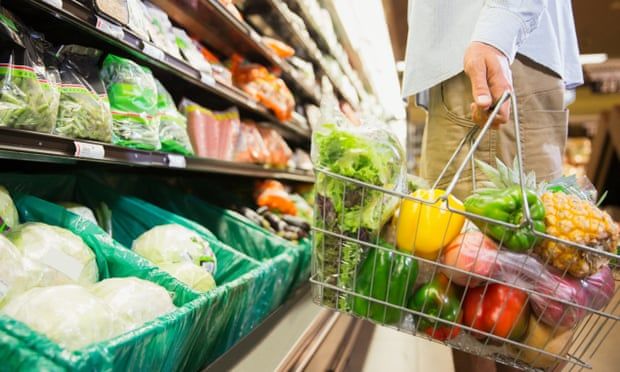 Prices rose 3.8% over the four weeks to 23 January compared with same period in 2021, says Kantar
The average annual grocery bill is on track to rise by £180 this year as the UK’s worsening cost of living squeeze continues, according to the consultants Kantar.

Grocery prices rose 3.8% over the four weeks to 23 January compared with the same period last year, according to the market research firm. Prices are rising fastest for fresh beef and poultry, savoury snacks, crisps, skincare and cat food but are falling for fresh bacon, vitamins and beer.

Fraser McKevitt, Kantar’s head of retail and consumer insight, said: “Prices are rising on many fronts, and the weekly shop is no exception. Taken over the course of a 12-month period, this 3.8% rise in prices could add an extra £180 to the average household’s annual grocery bill.

“We’re now likely to see shoppers striving to keep costs down by searching for cheaper products and promotions. Supermarkets that can offer the best value stand to win the biggest slice of spend.”

The UK’s official inflation rate hit 5.4% in December, the highest since 1992, and is on track to head above 6% in coming months as energy costs soar.

Supermarket sales fell by 3.8% over the 12 weeks to 23 January, according to Kantar, because of a tough comparison with the start of 2021, when coronavirus lockdowns boosted shopping, but grocery spending remains 8% higher than pre-pandemic times.

As more people embraced Veganuary or Dry January after an indulgent Christmas, sales of plant-based products and no- or low-alcohol drinks rose.

Sales of alcohol-free beer climbed 5% and retailers’ own-label ranges marketed as healthy increased by 8%. While fresh fruit, salad and vegetable sales were down compared with last year, plant-based products proved more popular than ever. A record 10.7 million households bought at least one item that was a dairy alternative, a meat substitute or labelled as plant-based this January.

The Kantar data also points to more people going out to socialise as Covid-19 restrictions were relaxed. The supermarket sales figures do not include on-the-go food and drink purchases, which are likely to be higher than last year, the firm said.

McKevitt said: “Increasing confidence about heading out and about, combined with the return to the office, means we’re starting to see pre-pandemic shopping patterns once again.

“Since the first lockdown in March 2020, shoppers have been buying in bulk and visiting the supermarket less often. But basket sizes are now 10% smaller than this time last year, hitting their lowest level since the beginning of the pandemic, while footfall increased by 5% as every major retailer was busier in their stores.”

He said changing habits were most marked in London, where take-home sales of food and drink fell by 11%. “This suggests that people in the capital were the quickest to embrace eating out in cafes, pubs, and restaurants as many of us returned to city centres.”

There was also evidence of people scrubbing up, as the work from home directive ended and socialising increased. Razor blade sales rose by 14%, while spending on deodorant increased by 20%.
#Coronavirus  #COVID-19  #Covid
Add Comment