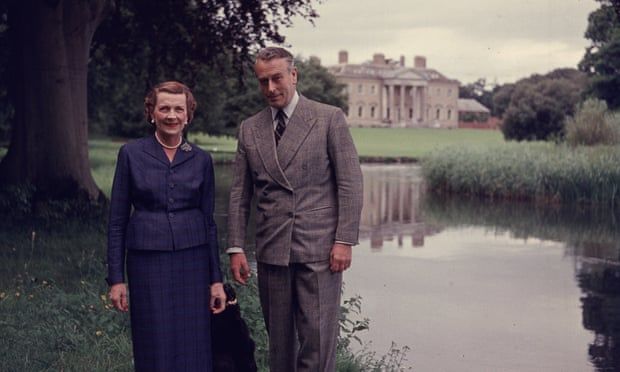 David Owen condemns Cabinet Office’s ‘waste of public money’ in four-year bid to stop part of archive’s release
The Cabinet Office has been accused of a “grotesque abuse” of public funds in a freedom of information battle over the personal diaries of Lord and Lady Mountbatten in which costs are now expected to exceed £600,000.

Andrew Lownie, the author and historian, has fought a four-year legal battle over the papers that are in an archive saved for the nation after a fundraising campaign. They are now held at Southampton University.

The university initially blocked the release of the diaries and correspondence between the Mountbattens covering historical events from the abdication of Edward VIII to the independence of India, after seeking advice from the Cabinet Office.

Lownie, author of a 2019 biography of the Mountbattens, has successfully forced the release of the vast bulk of papers. The Cabinet Office and the university are still fighting Lownie in an information tribunal over the material not yet released.

Lownie’s legal costs for the case and an appeal hearing due to be heard next week are now at about £350,000. His legal team says a “conservative estimate” for the total legal costs for the Cabinet Office, university and the Information Commissioner’s Office is £300,000.

Lord David Owen, the former foreign secretary who has left his own archive of papers to Liverpool University, said: “This has been a grotesque abuse of public money. It’s an absolutely disgraceful interference by the government and Mr Lownie should be paid back his costs.”

Mountbatten, who was born to the German Battenberg family, became one of the most trusted advisers to the royal family and was a mentor to Prince Charles. He and his wife, Edwina, were influential figures in London society in the 1920s, mixing with the royal family and Hollywood stars such as Charlie Chaplin and Fred Astaire. They both had affairs during their marriage and their personal lives were described as “messy and complex”.

Mountbatten served as the last viceroy in India. Edwina struck up a close friendship with Jawaharlal Nehru, the first prime minister of independent India, and there was speculation they had an affair.

Mountbatten was chief of the defence staff, head of the armed forces in Britain, from 1959 to 1965. He was assassinated in August 1979 by a bomb planted on his fishing boat in County Sligo, Ireland.

Lownie, who is raising funds for the case on the legal funding website CrowdJustice, said: “These diaries and the correspondence contain fantastic detail and are a unique and invaluable insight into some of the most significant historical events of the last century.

“The government and the university have gone from a position where nothing could be released to where almost everything can be released. We want to try and recover our costs, but they still haven’t admitted the game is up.”

The diaries covering the period from 1920 to 1968 are part of a larger collection of 4,500 boxes of documents and photographs, known as the Broadlands Archives, which were kept for years at the Mountbattens’ Hampshire estate. They include the papers of the 19th-century prime minister Lord Henry Palmerston and 1,200 letters from Queen Victoria.

The documents were moved on loan to Southampton University in 1989 through an agreement with Trustees of the Broadlands Archive, a Mountbatten family trust. The trustees subsequently decided to sell the archive and they were saved for the nation in 2011 with a £2m grant from the National Heritage Memorial Fund.

Lownie requested access to the Mountbattens’ diaries and correspondence in 2017, but was told the papers were sealed on advice from the Cabinet Office. The Information Commissioner’s Office ruled in December 2019 that the documents should be released, but the university, supported by the government, appealed.

Rupert Earle, a partner at legal firm Bates Wells who is acting for Lownie, said: “The documents were transferred to the university on the basis they would be open to the public, but the Cabinet Office has a default setting of secrecy. It has been an outrageous waste of public money.”

The Cabinet Office has recently faced criticism over its response to freedom of information requests. The Information Commissioner’s Office says it is the most complained about public authority in relation to the legislation.

The Cabinet Office said it is not appropriate to comment during legal proceedings, but has said in parliamentary response that Mountbatten accepted his diaries should not be disclosed without first being vetted. Officials are still deciding whether to release details of the government’s legal costs.

A Southampton University spokesperson said: “99.8% of the Broadlands Archives, which consist of 4,500 boxes, is publicly available and accessed regularly by researchers globally as an invaluable historic resource.

“ We were directed [in 2011] to keep a small number of the papers closed until otherwise advised.”
Add Comment