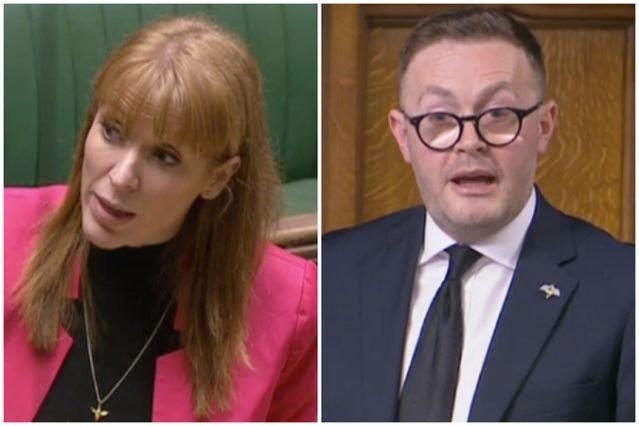 Angela Rayner made the comment in the Commons on Wednesday during a speech by Tory MP Chris Clarkson.

The MP questioned her remark, while the deputy speaker reprimanded her for her language.

Ms Rayner has now issued a statement, saying: "I apologise for the language that I used in a heated debate in Parliament earlier."

The debate was brought to the Commons by Labour, to discuss "fair economic support" for areas of England being moved into tier three restrictions - also known as the "very high" Covid alert level.

Ms Rayner, who represents Ashton-under-Lyne in Greater Manchester, opened the debate, speaking about her aunt who had recently died from the virus.

Later, Mr Clarkson - also a Greater Manchester MP - gave a speech saying he was "genuinely worried about the people and businesses we serve".

But he criticised the area's Metro Mayor Andy Burnham and accused the Labour Party of "opportunism".

At this point, Ms Rayner was overheard saying scum from her seat on Labour's frontbench.

She was then rebuked by the Deputy Speaker Dame Eleanor Laing.