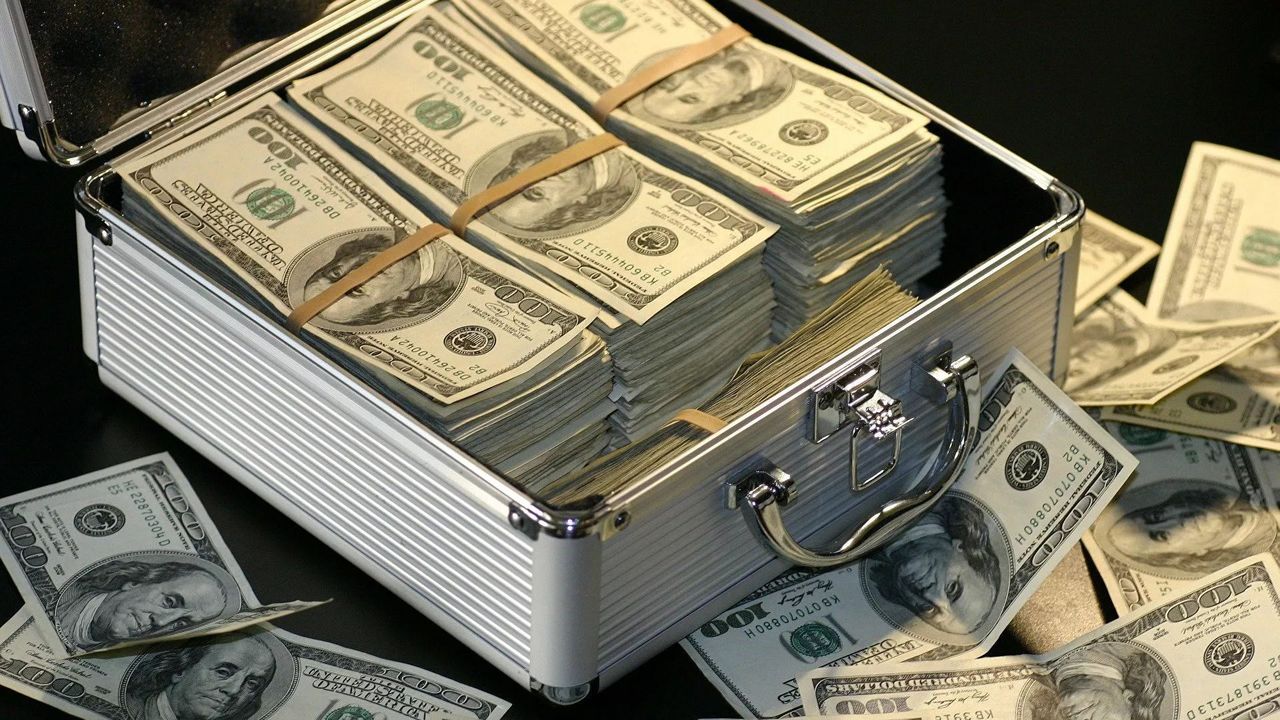 America Hit by the Worst Inflation in 40 Years: Who is the Winner?

US inflation has hit yet another 40 year high of 7 percent, with the Federal Reserve expected to raise its benchmark interest rate four times in 2022. Soaring prices are eating into wage gains and increasing pressure on Joe Biden ahead of the midterms, raising the question as to who is to blame, the pandemic or the Biden administration's policies.

"Inflation is not only a political problem, it's an economic problem, and Biden, of course, is mainly responsible for this," says American professor Joe Siracusa, a US politics expert from Curtin University in Australia. "If there's too much money in the system, it increases the price of everything. Petrol costs more money, food costs more money, goods and services cost more money and they're going to pay. The Democrats, of course, are going to pay a very, very heavy price for this at the midterm elections."

The Biden administration appears to be aware that it is stuck between a rock and a hard place: Biden's patience was tested on Monday when he was asked by a Fox News reporter if he considers inflation a political liability ahead of the 2022 midterms. "No, it’s a great asset – more inflation. What a stupid son of a b**ch," muttered the POTUS, apparently not aware his microphone was on.

The White House has repeatedly blamed the skyrocketing inflation on the coronavirus outbreak and international supply chain disruptions, deflecting the responsibility away from the Biden administration. However, The New York Times cites a plethora of economists as saying that the US government's decision to flood the economy with stimulus money is a big part of the problem. Infusions of government aid and low interest rates ramped up demand for goods, while supply chains remained under pressure from shortages of workers and raw materials which boosted prices. The $1.2 trillion bipartisan infrastructure bill signed by the president in November 2021 hasn't made matters easier, according to Siracusa.

"Keep in mind that his major COVID packages to the American people - the infrastructure package, funnelled billions, trillions of dollars into the economy against the unavailability of certain goods because of supply chain problems, because of the COVID," says Siracusa. "So the prices were naturally going to go up."

Who is Benefitting from Inflation?

Not everyone is losing out due to the swirling inflation, according to Michael R. Englund, principal director and chief economist for Action Economics.

"The obvious benefactor of massive fiscal and monetary stimulus starting in early 2020 with the pandemic is the financial system, and critics have long argued that this sector has way too much influence in politics," Englund says. "The big tech companies also benefited. We have yet to see if there is political payback for the latter after the midterms, but the former is likely to continue to receive protection from both parties."

Inflation could encourage companies and consumers who have very large cash reserves to spend them, rather than risk losing value, which, of course, will probably just increase inflation, explains Dr Roslyn Fuller, director of the non-profit think tank Solonian Democracy Institute.

"However, some of that money could pour back into the US economy and contribute to tax revenue, as well as increased corporate activity," she notes, adding that "technically, increased inflation can make a country's exports cheaper."

The ongoing inflation benefits businesses or individuals at the expense of most others, according to the observers. Those lost money include American pensioners, the poor, those who live on fixed incomes, Social Security, Siracusa notes.

"Increasing the world money supply is not going to solve the increased inflation problem," he says. "It's going to exacerbate the inflation problem. So printing money globally doesn't balance anything in the United States, and it doesn't solve the problem. And I don't even know who's pushing this particular panacea, but it won't work."

Soaring gasoline prices in the first half of 2021 were harbingers of inflation. Nevertheless, the Treasury kept trying to calm Americans down by saying that the trend is temporary. However, in October 2021 the Consumer Price Index for All Urban Consumers jumped 6.2 percent. By the end of the year prices had risen sharply for almost all sorts of commodities including cars, food and furniture, triggering concerns among US citizens with 77 percent saying to be affected by inflation and 57 percent blaming it on Biden.

Throughout 2021 Joe Biden and his economic aides have been brushing away inflation fears and continuing to push ahead with their multi-trillion Build Back Better plan. Still, moderate Democratic senators poured cold water on the president's signature initiative: Biden failed to pass even the revamped $1.7 trillion version of the initial $3.5 trillion reconciliation bill over inflation fears.

Ahead of the congressional vote on BBB, Treasury Secretary Yellen urged Democratic lawmakers not to be spooked by inflation numbers in her memo "Fiscal Responsibility and the Build Back Better Act," as quoted by Politico. The treasury secretary said of inflation concerns that "the modest near-term net deficit impact should not lead to economic overheating."

"Secretary of Treasury Yellen – who used to run the Federal Reserve Bank – said one Sunday morning [US government spending] has nothing to do with inflation, which is absolutely not true," Siracusa stresses.

Biden and his neoclassical economic advisers' position is stemming from a belief that inflation is not a big deal and that moderate inflation levels of 2 percent are even needed to spur economic growth, notes Dr. Paul Craig Roberts, US economist and ex-assistant secretary of the treasury under Ronald Reagan.

According to him, this "false" concept is based on the 'Phillips curve' relationship between employment and inflation which concludes that inflation is the price of higher employment or economic growth. However, the "Phillips curve" concept had already been debunked in the Reagan era, he adds.

"Following the implementation of the reduction in marginal income tax rates, the US economy grew while inflation declined," Dr. Roberts says. "But the economic establishment, that is neoclassical economics, has continued with its false belief as if supply-side economics never existed."

Oh ya 105 days ago
1st lets be honest the Fed (jewish owed private bank) is not going to raise rates. 2 reasons 1st it will crash the stock market and 2nd the US goverment is already borrowing money to pay the debt at a low interest rate.. Just so you understand the Fed is as federal as Federal Express. The US Government gave that away in 1913 on Jekyll Island to the jewish bankers and Nixon sealed your fate on 1971 when he took the US of the gold standard. So us poor folk will be stuck woth inflation and maybe hyperinflation.
View all comments (1)Add comment