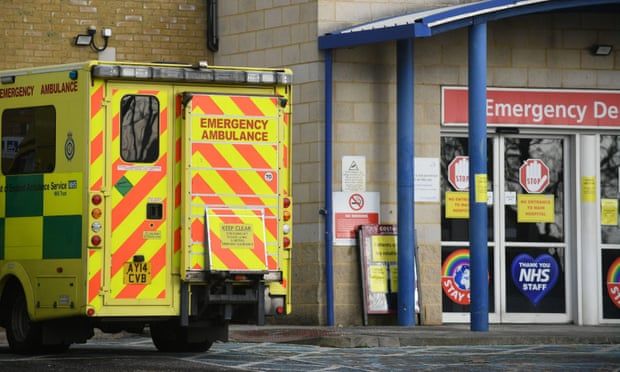 Documents obtained by BBC show 160 staff encountered problems with East of England ambulance service vehicles
Staff at an ambulance service have claimed they are unable to drive a new fleet of vehicles because of their height and body shape.

The East of England ambulance service (EEAST) rolled out the £54m converted Fiats to replace its deteriorating Mercedes vans, as part of an effort to standardise NHS ambulances.

However, documents obtained by the BBC show 160 staff members encountered problems with the vehicles.

Of these, 94 were identified as not being able to drive the vehicles, with complaints including back pain, limited space for their legs and a restricted view of the windscreen.

Feedback also included the vehicle’s pedals being too close together, leading to drivers in work boots pressing the wrong one; hands becoming trapped between the sliding door, with one staff member breaking two fingers; and the engine cutting out when driving over potholes and speed bumps.

EEAST says it is aware of the issues, and is “working to address” them.

An emergency technician claims they encountered difficulty with both the steering wheel and pedals, rendering him unable to drive the ambulance.

“I was told that anyone over 5ft 9ins would be unable to drive it as they would not be able to achieve a comfortable and safe driving position,” they told BBC.

“I did try and get into the driver’s seat but I couldn’t adjust the seat to allow me to operate the pedals properly and the steering wheel was pressed against my legs, making it difficult to steer properly.”

Another instance in the EEAST’s obtained risk management system detailed an accident in which an emergency responder was severely burned by a heater at the back of the vehicle.

The ambulance trust says this is not an issue specific to its vehicles but for all with floor vent heating.

The new fleet of modified Fiat Ducatos was rolled out in response to a 2019 report, which called for a standardised vehicle stocked with the same equipment and medicines.

“It is simply unacceptable that trusts purchase different ambulances and stock them with different equipment and medicines,” it read.

“This demonstrably increases costs and there is an unarguable case to develop a common specification across England and move rapidly to centralised procurement for the ambulance fleet.”

An “extensive” test of different vehicles was undertaken followed by a consultation with staff, patients and unions, EEAST said, before the vehicles were purchased in 2018.

It has shared with NHS England and Improvement the issues detailed, and is in talks with other ambulance trusts about the fleet.

An East of England Ambulance Service spokesperson said: “Our new fleet of ambulances was rolled out three years ago following extensive trials with colleagues and consultation with staff, trade unions, patients and carer groups.

“Since the rollout a small number of colleagues raised concerns about the cab area, which is the same as the current national ambulance specification. We have been working to address these issues – which affect a small proportion of our colleagues – through assessment by an independent ergonomist to identify potential modifications to the vehicles. We have also retained some of our older Mercedes fleet for staff who are unable to drive the Fiat ambulances, and we are exploring further options for a more permanent solution.”
#Mercedes
Add Comment