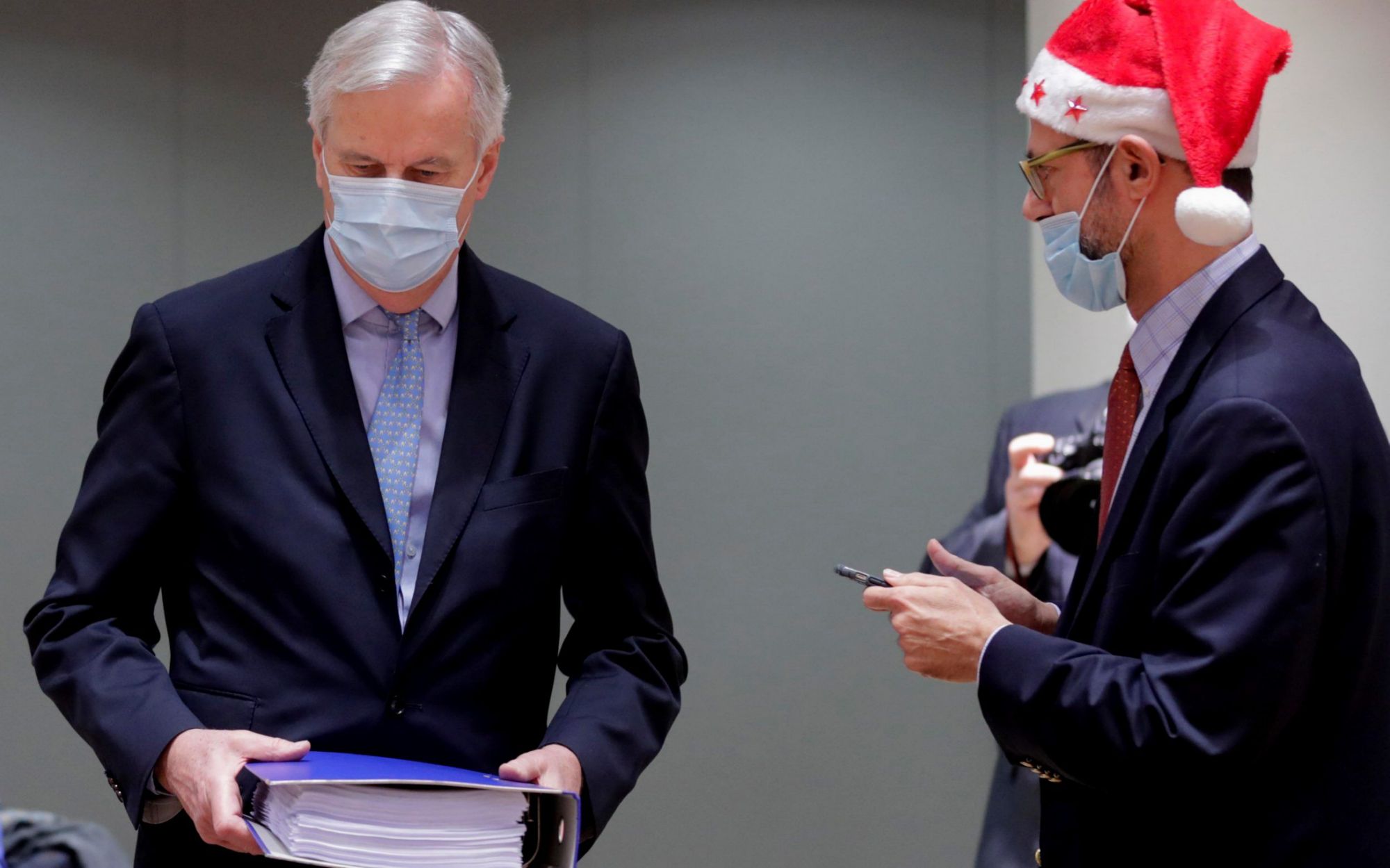 Ambassadors from European member states have raised “no objections” to the UK’s Brexit deal with the EU, with the agreement set to be implemented in the New Year before it is formally ratified.

Ambassadors from the member states were briefed on the contents of the deal on Friday by Michel Barnier, who led Brussels' negotiating team in the talks with the UK.

They have written to the European Parliament to say they intend to take a decision on the preliminary application of the deal within days, but must first review more than 1,000 pages of legal text.

The meeting suggests the deal will be implemented without any political opposition from the Continent, but formal ratification will take place in January after it comes into force.

The timing of the deal has already forced politicians and officials in the UK and Brussels to tear up Christmas plans.

MPs and peers will be called back to Westminster on December 30 to vote on the deal.

Boris Johnson has hailed the deal as a "new beginning" for Britain that resolves the European question that has "bedevilled" British politics for generations.

Late haggling meant the deal was not concluded until Christmas Eve, days before current trading arrangements expire at the end of December.

Sebastian Fischer, a spokesman for the German presidency of the Council of the EU, joked that he was looking forward to the diplomats' meeting "because nothing is more fun than to celebrate Christmas among socially distanced colleagues".

"Thank you Brexit," he said, perhaps underlining the EU's desire to move on from the issue.

Mr Fischer later added that diplomats had praised Mr Barnier and the EU negotiating team “for their resilience and steadfastness under intense pressure during the Brexit negotiations with the UK.”

Officials were pictured wearing Christmas hats at the meeting, which began at 9.30am on Friday morning.

Clement Beaune, the French Europe minister, said it was a "good agreement" and stressed the EU had not accepted a deal "at all costs".

He told broadcaster Europe 1 "we needed an agreement less than the British" as "for them, it was a vital need".

Mr Beaune said British food and industrial products entering the European single market after January 1 will not pay customs duties "but will have to meet all our standards".

"There is no country in the world that will be subject to as many export rules to us as the UK," he said.

Mr Johnson used his Christmas message to sell the deal to a public weary of Brexit after years of sometimes acrimonious wrangling since the 2016 referendum.

Brandishing a sheaf of papers he said: "I have a small present for anyone who may be looking for something to read in that sleepy post-Christmas lunch moment, and here it is, tidings, glad tidings of great joy, because this is a deal.

"A deal to give certainty to business, travellers and all investors in our country from January 1. A deal with our friends and partners in the EU."