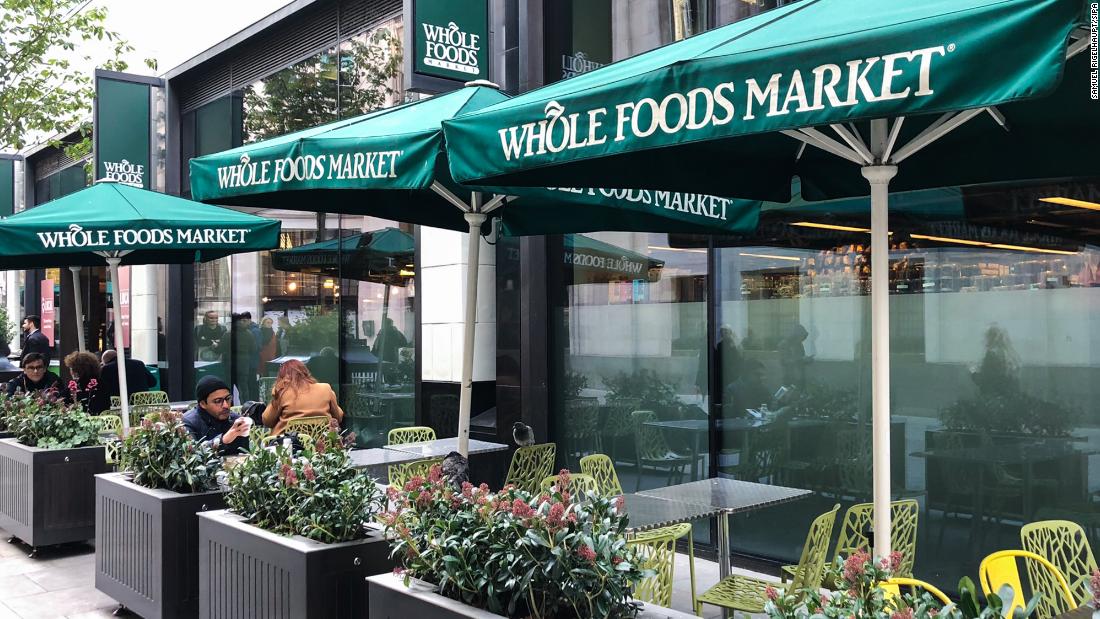 Amazon has started offering free grocery deliveries to Prime members in London and the surrounding area as it seeks to cash in on Britain's coronavirus-induced online shopping boom and take on stores such as Tesco, Sainsbury's and Ocado.
Amazon Fresh, the company's grocery delivery service, will offer same-day delivery in most areas on orders over £40 ($51.51) placed before 9 p.m. The minimum order value has also been lowered to £15 ($19.32).

Prime members in Greater London and parts of the southeast of England can get free delivery in two-hour windows on all orders over £40 ($51.51), or pay £3.99 ($5) for delivery in a one-hour slot.

The launch follows a move in October to eliminate fees on grocery deliveries for Prime members in the United States. Membership costs £79 ($101.7) a year or £7.99 ($102.9) a month in Britain. Amazon plans to expand the grocery delivery service across the United Kingdom by the end of 2020.

Online grocery sales have soared in the United Kingdom since coronavirus lockdowns were introduced in March, as people stayed home and sought to avoid crowds. And shoppers that have made the leap do not appear to be reverting to their old ways.
Average weekly online spending on groceries reached £390 million ($502.3 million) in June, more than double the amount recorded in January, according to the Office for National Statistics.

Supermarket chains such as Tesco (TSCDF) and Sainsbury's (JSAIY) have added hundreds of thousands of weekly delivery slots to cope with the surge in demand and are enhancing their online offerings, suggesting that Amazon Fresh will face fierce competition.

Sainsbury's is trialing a virtual queuing app and has expanded its one-hour grocery delivery service Chop Chop to 15 cities. The company said online sales grew by 87% year-on-year for the four months to June.

Tesco reported an almost 50% jump in UK online sales for the 13 weeks to May 30 compared with the same period last year. It invested £4 million ($5 million) into its online channel during the quarter.

UK online retailer Ocado (OCDDY), which at the height of panic buying placed shoppers in virtual queues with wait times of more than two hours in some cases, reported a 27% increase in sales in the first half of its fiscal year due to "unprecedented demand."

Amazon said Prime customers can buy "seafood, produce, snacks and household essentials — everything needed for a weekly shop" from brands such as Pepsi, Danone and Warburtons, which makes bread and bagels.