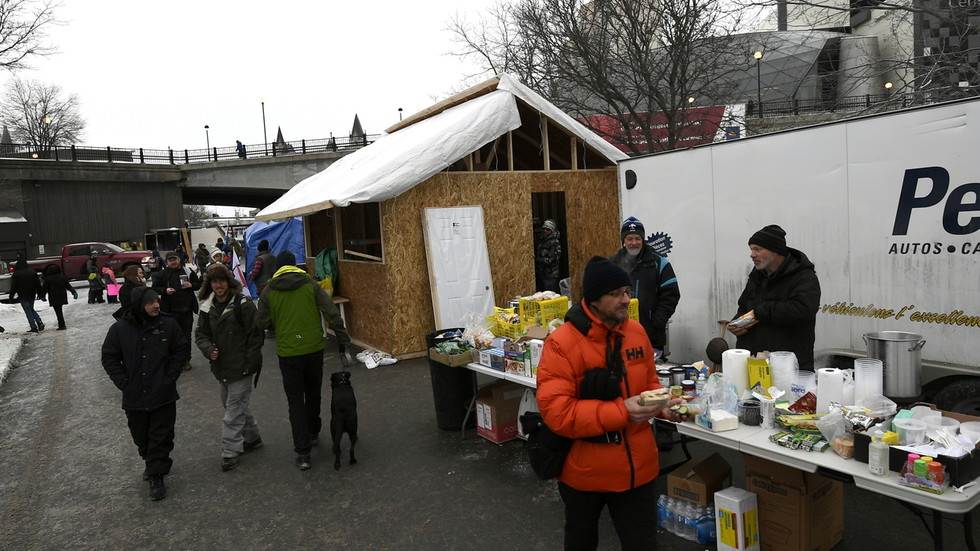 Despite technical issues, GoFundMe competitor GiveSendGo has managed to raise over $1 million in just 12 hours

Christian fundraising website GiveSendGo has blamed “heavy DDoS and bot attacks” for server downtime after taking over raising cash for the Canadian trucker convoy on Friday. The platform began raising funds for the truckers protesting against Covid-19 vaccine passports and mandates on Friday after its better-known competitor GoFundMe froze the Freedom Convoy’s account with $7 million in donations.

Popular alternative video platform Rumble has offered technical help to GiveSendGo. “We are hearing, but have not validated, that GiveSendGo is experiencing server issues and a possible denial of service attack,” Rumble said in a tweet. “If true, Rumble would be happy to help in anyway we can. We have equipment and engineers on standby, please feel free to reach out.”

The site, which has been offline intermittently since re-launching the campaign on Friday, nevertheless boasted it was able to raise funds for the convoy five times faster than GoFundMe, citing $1.1 million raised in “just over 12 hours” in a tweet posted Saturday morning.

The Freedom Convoy 2022 campaign on GiveSendGo has named $16 million as its fundraising goal. In a video posted on the campaign page, organizer Tamara Lich pledged that the convoy was planning to “be here for the long haul, as long as it takes to make sure your rights and freedoms are restored.”

The money has continued to flow in despite connectivity issues, with over $1.35 million raised as of Saturday afternoon. According to the campaign page, donations will go to the cost of fuel first, and then to food and lodging. A crew of volunteers has been carrying jerry-cans of fuel to the truckers, who must heat their trucks even when the convoy isn’t moving, and some temporary shelters have been built to store fuel, food and water along the roads.

GoFundMe shut down the convoy’s campaign on Friday after releasing just $1 million of over $8 million raised for the cause. While it had initially threatened to donate the massive sum to charities it considers to be “credible and established,” the company later opted to automatically refund donations after it was threatened with a fraud investigation by the state of Florida.