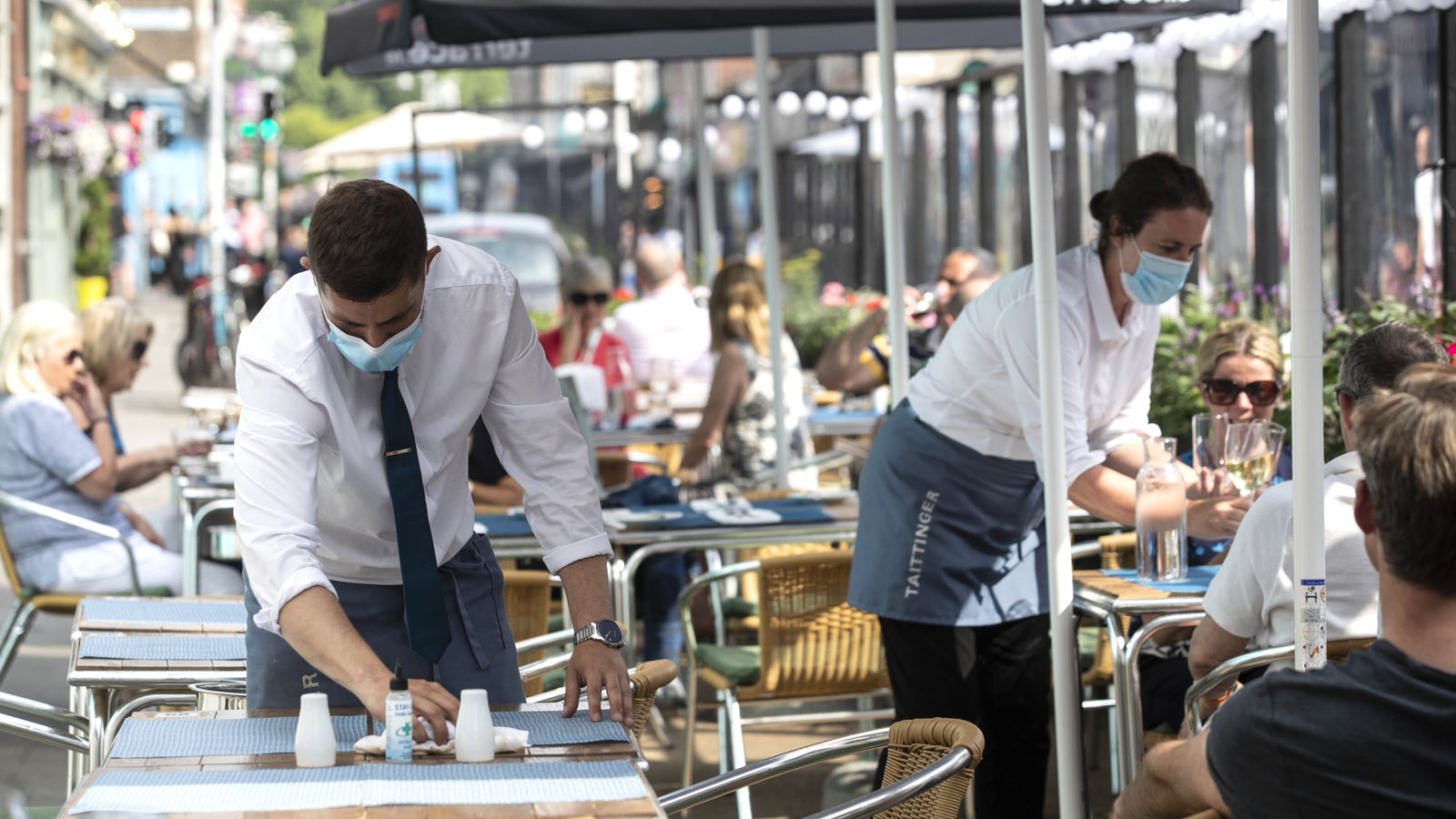 Almost two-thirds of hospitality businesses feel abandoned by the government

Delivery franchising firm Peckwater Brands commissioned a survey asking 201 senior decisionmakers in the hospitality business for a picture of the industry.

Hospitality was among the hardest-hit by coronavirus pandemic-related restrictions and, despite support such as the government's furlough programme, 64% said they felt let down.

When National Insurance was increased for workers in April, it was also hiked for employers - their contributions went up from 13.8% to 15.05%.

Some 69% of respondents said the increase was a mistake.

Also in April, VAT for the industry returned to 20%, having been cut to 5% during the pandemic and increased to 12.5% in October as restrictions eased.

Four out of five of respondents said this increase should have been delayed by at least 12 months.

The sector accounts for around 5% of Britain's economic output and in February, lobby group UK Hospitality said the pandemic had resulted in almost £115bn of lost sales since March 2020.

That meant that a £140bn-a-year industry was 43% down on where it would normally expect to be, with the losses equating to 45 weeks of sales over the near two-year period, they added.

More than 80% of those surveyed said the government needed to take immediate action to strengthen the sector.

Just over a third said the government should subsidise energy bills for hospitality businesses, 34% want a scheme similar to Eat Out To Help Out, and 23% want the government to subsidise alcohol to increase consumer spending.

Sam Martin, chief executive of Peckwater Brands said: "The government must prioritise developing and communicating a realistic strategy to help venues get back on their feet.

"Admittedly, such a plan will take time to implement, so in the meantime, hospitality businesses must consider alternative options to ensure they can stay afloat.

"Reassessing supply chains to find cheaper alternatives, for example, or exploring the possibility of virtual brands could be a step in the right direction. Indeed, such avenues could help organisations to bolster their revenue while they wait to hear the government's long-term strategy.

"Evidently, the government must take affirmative action to support the sector.

"But optimistically, steps can be taken by businesses themselves to boost their revenue and stabilise their precarious position.

"And provided they remain open-minded and flexible, I remain cautiously optimistic for the future of the organisation."

A government spokesperson told Sky News: "We've stood behind the hospitality sector throughout the pandemic with £400bn package of economy-wide support that saved millions of jobs.

"And at the Spring Statement we went further, announcing a £1,000 increase to the Employment Allowance which will cut taxes for hundreds of thousands of businesses.

"Eligible high street businesses also get 50% off business rates bills and benefit from a freeze to the business rates multiplier, which puts the brakes on bill increases and is worth £4.6bn over the next five years.

"We've always been clear that the lower rate of VAT was a temporary measure and it's right our support reflects the fact the economy has reopened."
#Coronavirus
Add Comment