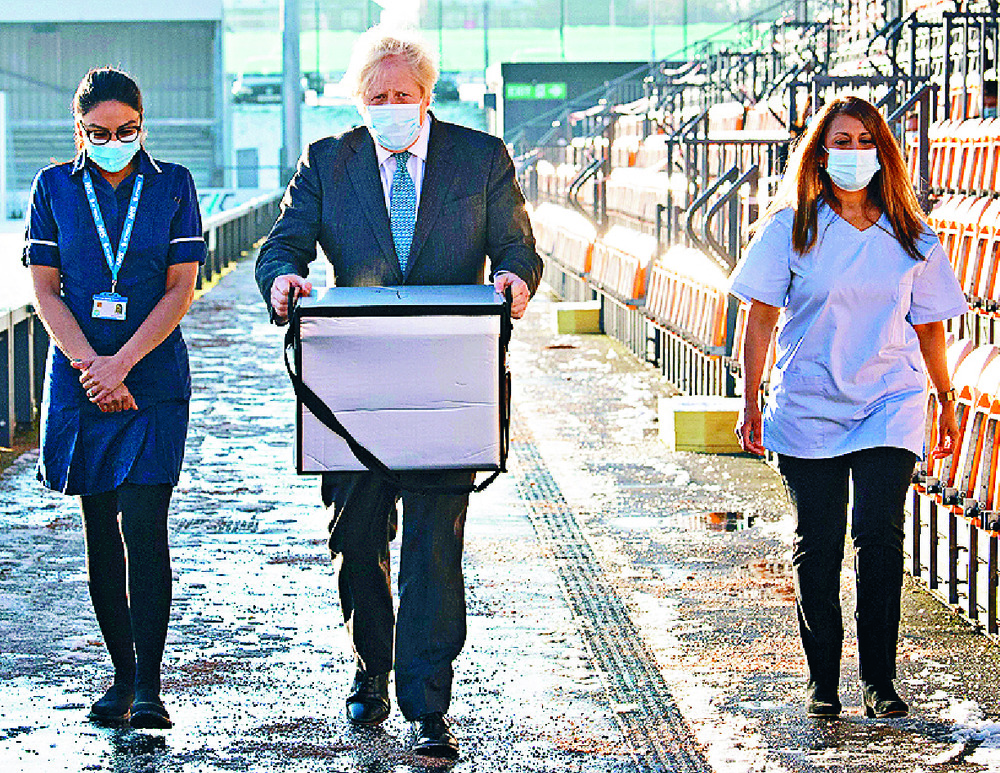 Like last year's stampede to grab a share of facial masks and protective clothes, the scramble for Covid vaccines is heating up at alarming speed as the number of coronavirus infections surpassed 100 million cases globally.
Worse still, the situation is complicated by an unexpected tug of war between the European Union and big pharmaceutical companies over delayed delivery.

In light of Hong Kong's small size, it is becoming increasingly probable that the SAR will be pushed to the back of the queue, casting doubt on the plan to start vaccinating the population from next month.

The SAR's vaccine tzar Patrick Nip Tak-kuen must put together an urgent contingency plan to prepare for the worst case scenario that Hong Kong does not get the vaccines it has ordered.

When the government first announced the procurement of vaccines, it was clear that a rather wide margin was provided as a cushion against the unpredictable. In theory, the purchase of Sinovac, Fosun/BioNTech and Astrazeneca/Oxford jabs would be more than enough to vaccinate the entire population.

Unfortunately, what had appeared to be safe and sound could also fall apart to catch everyone by surprise.

By now, many people have privately ruled out Sinovac as a pragmatic choice after the drugmaker repeatedly withheld important trial data from publication for peer review, which is an essential step to secure regulatory approval.

Meanwhile, the supply of Fosun/BioNTech has unexpectedly become uncertain after the EU issued a veiled threat to block vaccine exports by way of new procedural red tape. That was in angry reaction to Astrazeneca's notice that its European factory could not produce as many doses as ordered for timely delivery.

The BioNTech jabs that Hong Kong is due to receive soon are manufactured in Europe, although procured through the Chinese company Fosun Pharma. Will the company's Hong Kong shipment be affected too?

In hindsight, he probably did so in anticipation of the international vaccine war.

Unless the SAR administration acts quickly to secure alternative supplies, the chance of Hongkongers not getting vaccines on time can become real.

Sadly, there are not many choices left. Moderna is a possibility, but it is not necessarily realistic for Hong Kong to get hold of it when it is already in short supply in the US.

Sinopharm - the mainland vaccine already given to local pro-Beijing politicians - is another possibility.

Mainland authorities gave it conditional approval for public use on New Year's Eve after the company said interim data showed it had 79 percent efficacy in phase-three trials.

It's hoped that the company can publish the full data for peer review as soon as possible so that the scientific community can consider it as a realistic backup - bearing in mind that the Sinopharm jabs are already in use in some African, Middle Eastern and Asian countries.