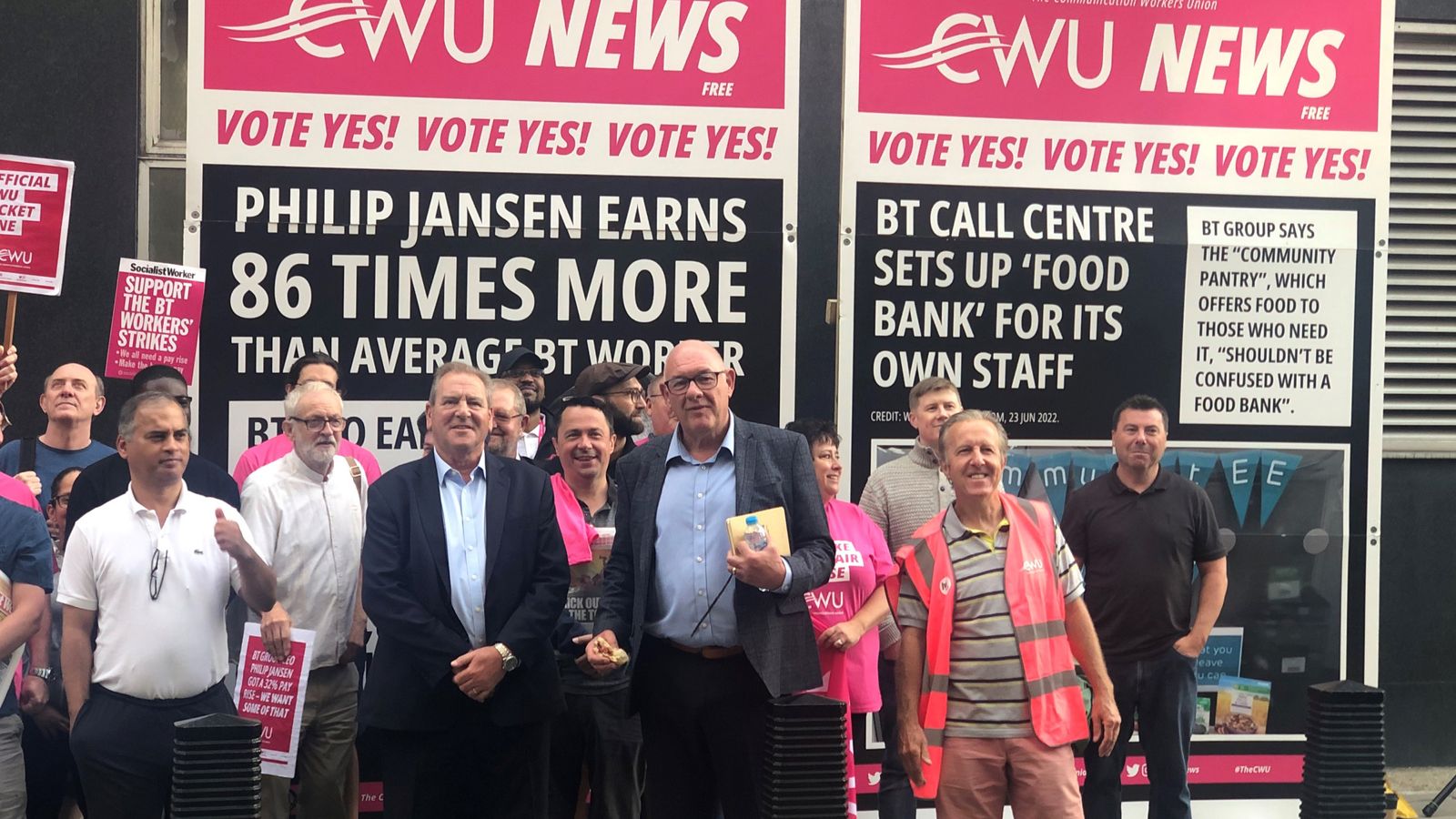 40,000 BT and Openreach workers in first national telecoms strike since 1987

The workers are the latest calling for better pay and taking industrial action in a bid to get it.

Around 40,000 BT and Openreach workers have walked off the job in the first national telecoms strike since 1987.

Hundreds of picket lines have been set up across the UK, according to the Communication Workers Union (CWU).

It is the first of two strikes, with another being held on Monday, after members of the union refused a £1,500 pay rise.

It comes the day after BT revealed its first sales growth for five years, boosted by price increases handed down to customers earlier this year.

BT reported that its revenues increased by 1% to £5.1bn for the three months to the end of June.

The CWU said that the striking workers are from a number of different divisions.

"They do run all of the maintenance on Britain's broadband services, but they also work keeping up national infrastructure from the NHS to the Ministry of Defence to mobile phone masts."

"Announcing hundreds of millions of pounds in profit on the eve of the first national strike since 1987 smacks of arrogance and complete contempt for frontline workers.

'Our members kept the country connected during the pandemic'

"This dispute sits squarely at the feet of Philip Jansen (BT's chief executive). He represents everything that needs to change about big business in Britain.

"Our members kept the country connected during the pandemic. They deserve a proper pay rise, and that's what they're going to get."

A spokesperson for BT Group said: "At the start of this year, we were in exhaustive discussions with the CWU that lasted for two months, trying hard to reach an agreement on pay.

"When it became clear that we were not going to reach an accord, we took the decision to go ahead with awarding our team member and frontline colleagues the highest pay award in more than 20 years, effective 1 April.

"We have confirmed to the CWU that we won't be re-opening the 2022 pay review, having already made the best award we could.

"We're balancing the complex and competing demands of our stakeholders and that includes making once-in-a-generation investments to upgrade the country's broadband and mobile networks, vital for the UK economy and for BT Group's future - including our people.

"While we respect the choice of our colleagues who are CWU members to strike, we will work to minimise any disruption and keep our customers and the country connected.

"We have tried and tested processes for large scale colleague absences to minimise any disruption for our customers and these were proved during the pandemic."