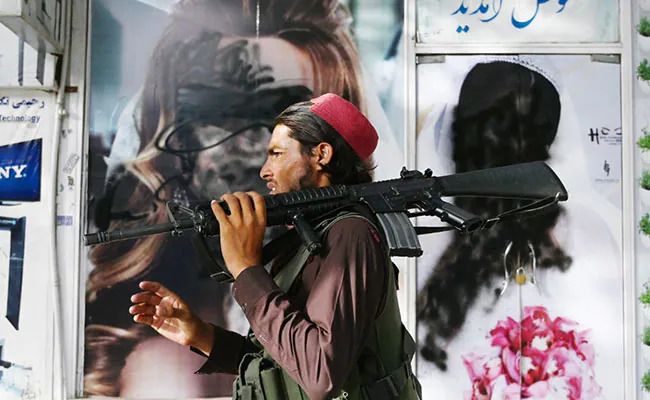 Unicef's partners registered 183 child marriages and 10 cases of selling of children between 2018 and 2019 in Herat and Baghdis provinces alone.
Unicef Executive Director Henrietta Fore on Saturday said there are reports families in war-torn Afghanistan are offering daughters as young as 20 days old up for future marriage in return for a dowry.

In a statement, Fore said that even before the latest political instability, Unicef's partners registered 183 child marriages and 10 cases of selling of children between 2018 and 2019 in Herat and Baghdis provinces alone.

These children were between six months and 17 years of age.

“I am deeply concerned by reports that child marriage in Afghanistan is on the rise. We have received credible reports of families offering daughters as young as 20 days old up for future marriage in return for a dowry," she said.

She said the Covid-19 pandemic, the ongoing food crisis, and the onset of winters has exacerbated the situation.

In 2020, almost half of Afghanistan's population was so poor that it lacked necessities such as basic nutrition or clean water, she noted.

“The extremely dire economic situation in Afghanistan is pushing more families deeper into poverty and forcing them to make desperate choices, such as putting children to work and marrying girls off at a young age,” she said.

“As most teenage girls are still not allowed to go back to school, the risk of child marriage is now even higher. Education is often the best protection against negative coping mechanisms such as child marriage and child labour," she added.

Fore said Unicef is working with its partners to make communities aware about the risks for girls if they are married early.

She said girls who marry early are less likely to finish their school and more likely to be victims of domestic abuse.

Such girls grow up to suffer from mental and health problems, she said.

The official said the Unicef has started a cash assistance programme to somewhat offset the risk of hunger, child labour, and child marriage among the most vulnerable families.

She said the organisation plans to scale up the effort in months to come and is seeking to work with religious leaders to put a stop on young girls' marriage.

Nonetheless, she said their efforts alone are not alone, and called on regional authorities to take “concrete measures”, including reopening of schools and resumption of work by all-female teaching staff.

Nearly 700,000 people in the county are said to have been displaced this year alone, with more than 3.5 million Afghans having been uprooted in the decades-long conflict overall.

Concerns over safety of women and children have become rife since the taking over of the country by Taliban - an extremist militant group -- which toppled the Ashraf Ghani-led government in August this year.
#Afghanistan  #COVID-19  #Covid
Add Comment