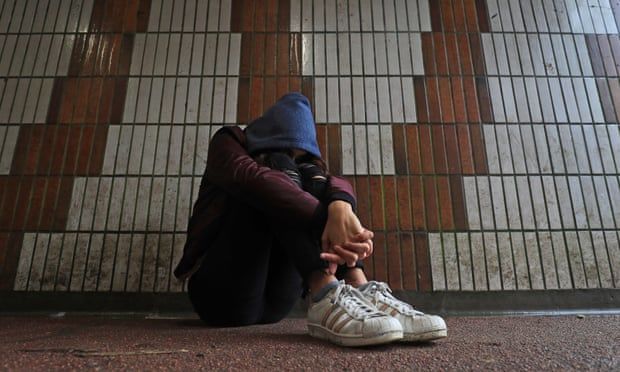 Call for ‘once in a generation’ package for NHS so young people can receive treatment within four weeks
Children needing mental health services should be guaranteed treatment within four weeks, with next-day referrals for those at risk of self-harm and suicide, according to an inquiry into the explosion in demand from young people for psychiatric help.

The inquiry by the Commission on Young Lives, chaired by the former children’s commissioner for England Anne Longfield, said a “once in a generation” £1bn recovery package was needed to boost an overstretched NHS system too often forced to turn away unwell youngsters.

A “rising tide” of poor mental health in which incidences of self-harm, attempted suicide, anxiety, eating disorders and behavioural difficulties were more extreme and frequent, was overwhelming attempts by NHS services to offer timely and consistent help to youngsters, it said.

Longfield said children’s mental health had gone from being “hardly on the radar” as a Whitehall policy issue just five years ago to a national emergency. She said: “The scale of the problem is growing, rocket-boosted by the pandemic, and the system is buckling under pressure and unable to cope with the explosion in demand for help.”

In March, 90,789 young people were referred to NHS children and young people’s mental health services, the highest figure since records began, the inquiry said. It cited school leaders and youth workers who said dealing with young people who self-harm or make suicide attempts was now “a regular part of their professional lives”.

Overall, one in six children aged six to 16 have a probable mental health problem – a “huge increase” from one in nine in 2017, the report said.

However, in some cases high thresholds for care meant young people suffering from serious mental health conditions were refused NHS treatment until they could show they had made “multiple suicide attempts with serious intent”, the inquiry said.

Those who were referred for treatment commonly entered a postcode lottery of waiting times. The average wait was 32 days, though this ranged from six days in some English regions to 81 in others. Just 23% of children referred to services started treatment within four weeks, according to latest figures covering 2020-21.

Longfield added: “The overall response from the government to this children’s mental health crisis has so far been too slow and inadequate, and we are failing to support hundreds of thousands of children with mental health problems. It is shocking to hear that some young people who attempt suicide still do not receive an immediate referral for help and are discharged without any extra support.”

Although the inquiry gave credit to the government and NHS England for “the very real improvements” in children’s mental health services in recent years”, including the rollout of mental health teams in schools, the programme was patchy and “losing the battle against rocketing demand” for help.

Olly Parker, the head of external affairs at charity YoungMinds, said it echoed the commission’s concerns. He said: “For years, politicians have promised that they will get a grip of the crisis in young people’s mental health, including a recent commitment to a 10-year plan. But the reality is that with every month of uncertainty and inaction, things are getting rapidly worse for young people.”

A government spokesperson said: “We are committed to ensuring children can access the support and resources they need, as early as possible.

“We’re continuing to take action to support their mental health – including £79m to ensure 22,000 more children and young people can access community mental health services, as well as to expand mental health support teams in schools to reach 3 million pupils by 2024.

“This is on top of our record investment to expand and transform services giving an additional 345,000 children access to support by 2024 and expanding the children’s mental health workforce by more than 40%.”
Add Comment