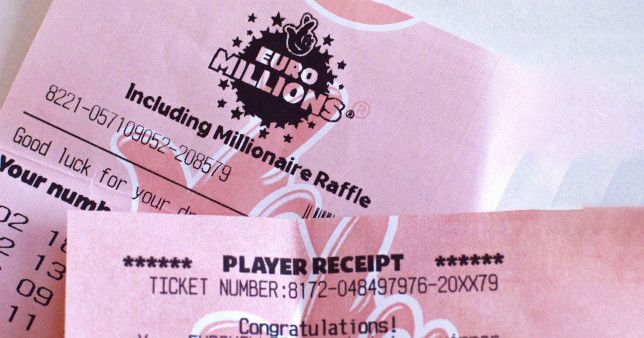 The £122,550,350.80 draw from April 2 has been paid out to someone who is now the fifth biggest National Lottery winner in the country.

Lottery winners have to sign an agreement for full publicity for any information to be released about them, but this one has chosen to remain nameless.

Many have chosen anonymity before, including the UK’s highest ever winner who claimed £170 million in October 2019.

But the couple who won the second-highest prize revealed their identities as Colin Weir and wife Chris from Largs in North Ayrshire, Scotland.

They took home £161 million in July 2011 and used the money to set up the Weir Charitable Trust which supports Scottish community groups and smaller charities.

Before Mr Weir died in 2019, he made a donation to a community football club.

At the time of their winning, they told The Independent that they would have stayed anonymous but realised it was not possible.

Ms Weir said: ‘We wouldn’t have been able to enjoy the experience if we had constructed lies to tell our nearest and dearest.’

After the Weirs, Adrian and Gillian Bayford, from Suffolk, hold the title for the third-highest lottery prize winners.

They walked away with £148 million in August 2012 with the fourth-highest winners, also anonymous, getting £123 million.

Camelot’s Andy Carter, senior winners’ adviser at the National Lottery, said: ‘We’re delighted that we’ve now been able to validate the claim and pay out this amazing EuroMillions jackpot prize to the lucky ticket-holder.

‘This lucky ticket-holder has now officially become the fifth biggest ever UK National Lottery winner and we hope that they will enjoy their win.’