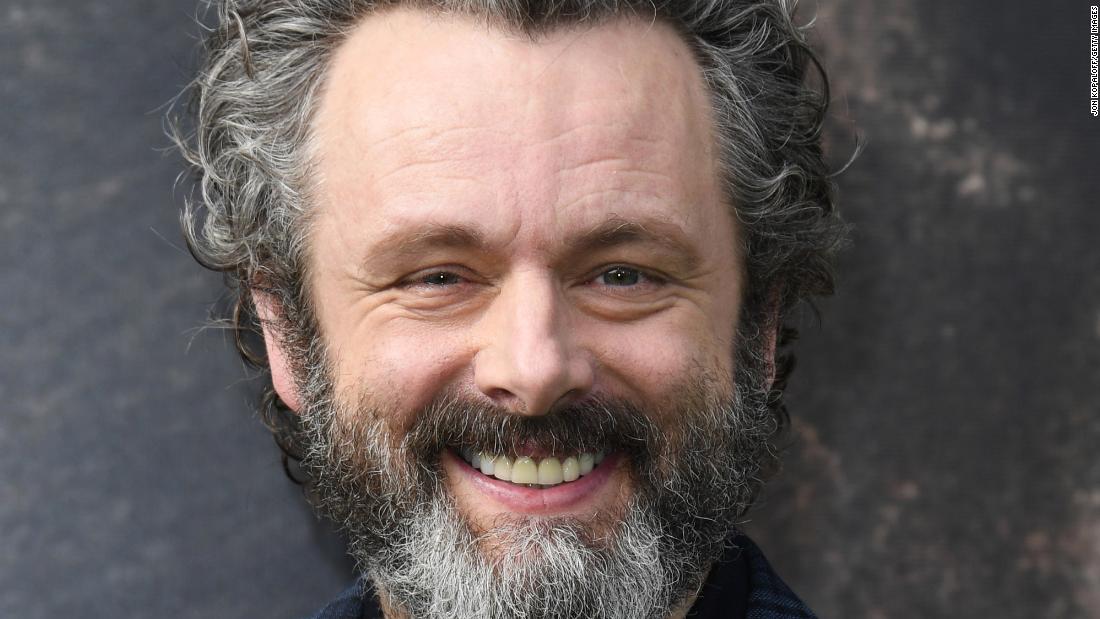 12 celebrities who turned down a British honor

Twice a year, the UK publishes its honors list recognizing those who have accomplished excellence in a spectrum of pursuits, including both celebrities and non-famous faces.

This year Formula 1 champion Lewis Hamilton was knighted, musician Craig David was appointed MBE (Member of the Order of the British Empire), while 803 of the 1,239 people recognized were named for their work in their communities, with many honored for their response to the coronavirus pandemic.

However, not everyone is keen to accept the honor that has been bestowed on them, either at New Year's or for the Queen's birthday.

Examples include David Bowie, John Lennon and -- more recently -- Michael Sheen, who revealed this week he returned his OBE in 2017.

This year, it was reported that some members of the honors committee favored removing the word "empire" from the awards. In the past, some people have declined the awards over their links to colonialism and slavery.

On Wednesday, Helen Ewen, head of the Honours Secretariat at the Cabinet Office, said that the honors list will retain its name, but said that efforts had been made to make the list more inclusive, the PA Media news agency reported.

"There are no plans currently to make changes in this area -- you've seen today that we've again seen a growth in the number of individuals in black and ethnic minority communities on this list, which we strongly welcome," Ewen said.

"We are also doing a huge amount of work to build on the public nominations and to make sure that the nominations coming forward help us keep these lists representative of UK society in its widest form," she added.

Who has rejected an honor?

Just this week, actor Michael Sheen revealed he had returned his OBE in 2017 following his own research into the relationship of his native Wales and the British state, after being asked to deliver a lecture themed around "Who speaks for Wales."

"I didn't mean any disrespect but I just realized I'd be a hypocrite if I said the things I was going to say in the lecture about the nature of the relationship between Wales and the British state," he said.

Artist George the Poet said last year that he turned down an MBE because of the "pure evil" of the British Empire.

The spoken word artist, whose real name is George Mpanga, revealed on his podcast that he initially said that he would accept the honor when asked by a friend, but when he thought about it further, he felt "a burning sensation in my chest."

"I see myself as student, admirer and friend of Britain, however the colonial trauma inflicted on the children of Africa, entrenched across our geo-political and macro-economic realities, prevents me from accepting the title Member of the British Empire."

Author John le Carré was included on a list leaked to The Sunday Times of hundreds of people who had declined an honor, although it was not known why the espionage writer, born David Cornwell, declined the award. 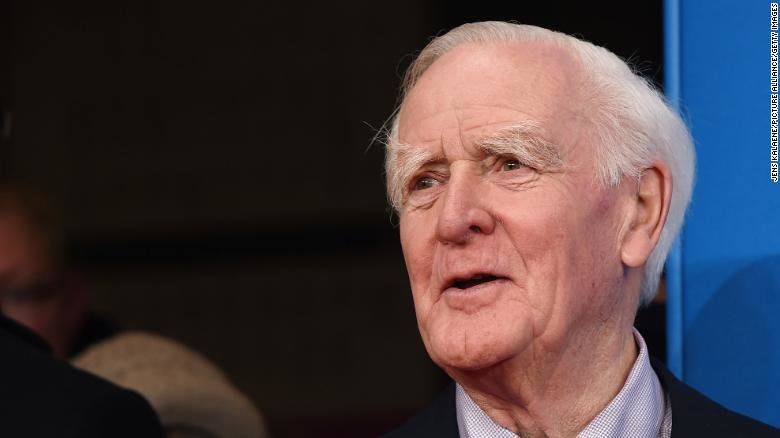 Author John Le Carre declined an honor, though did not elaborate on why.

Film director Ken Loach revealed he had turned down an OBE in 1977. "It's all the things I think are despicable: patronage, deferring to the monarchy and the name of the British Empire, which is a monument of exploitation and conquest," he is reported as telling the Radio Times.

"I turned down the OBE because it's not a club you want to join when you look at the villains who've got it."

Director Danny Boyle said he turned down a knighthood, adding "it's just not me."

Boyle, who was lauded for his work behind the opening cermony of the London 2012 Olympic Games, told the Radio Times: "You can make these speeches about 'this is everybody's work, blah blah blah.' And you've got to mean it, and I did mean it, and it is true, and it's the only way you can carry on something like that: through the efforts of all the people. I don't know whether I'll ever get invited back to the Palace."

John Lennon returned the MBE he was awarded alongside the three other Beatles in 1965 over British foreign policy.

"I began to be ashamed of being British," Lennon said when discussing Britain's involvement in the Biafra war.

"I was going to send the MBE back anyway. I could have done it privately, but the press would have found out anyway. You would have been here a week later instead -- less impact," he said during a news conference in 1969. 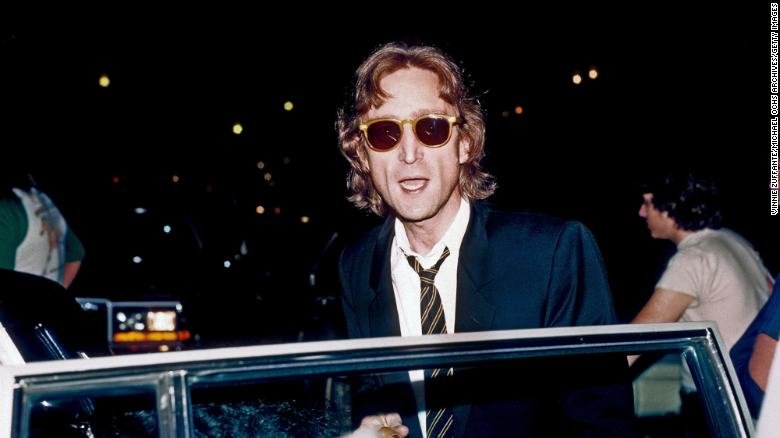 Football player Howard Gayle turned down an MBE in 2016, calling it a "betrayal" to Africans who suffered or died at the hands of the British Empire.

Hayle, the first black footballer to play for Liverpool FC, wrote in a Facebook post: "I had to decline the nomination for the reason that my ancestors would be turning in their graves after how Empire and Colonialism had enslaved them."

The poet revealed he received an invitation from the Prime Minister's office to receive the title of OBE -- Order of the British Empire -- but rejected it, writing:

"I am profoundly anti-empire." 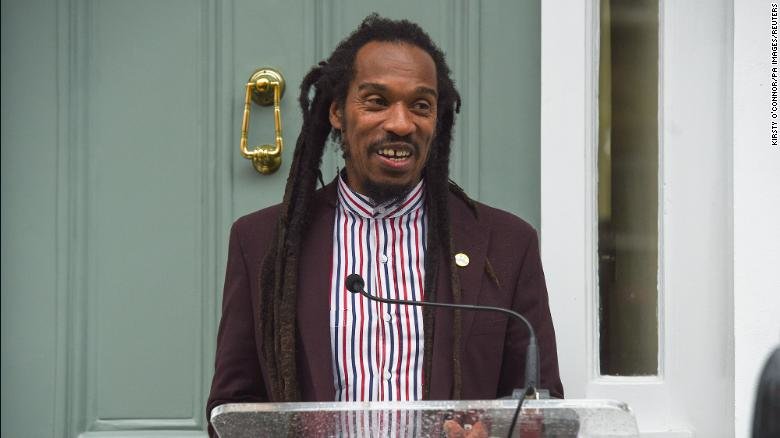 Musician David Bowie turned down a CBE (Commander of the British Empire) in 2000 and a knighthood in 2003.

"I would never have any intention of accepting anything like that. I seriously don't know what it's for. It's not what I spent my life working for," he said. 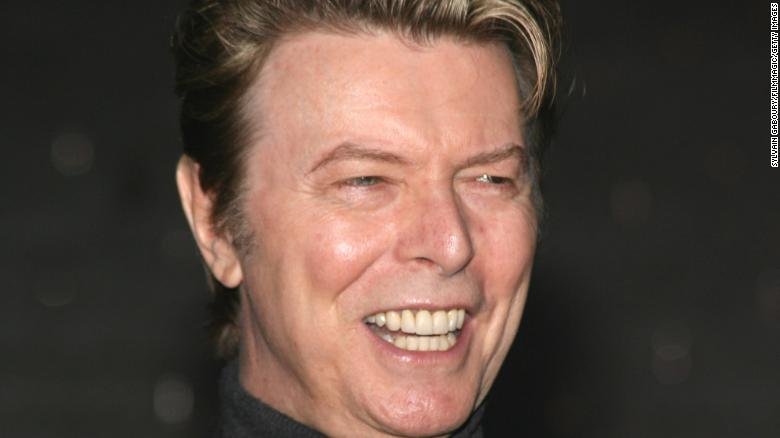 David Bowie said honors were not something he spent his life "working for."

Writer JG Ballard turned down a CBE, saying that the award "goes with the whole system of hereditary privilege and rank, which should be swept away."

He told the Guardian in 2003: "As a republican, I can't accept an honour awarded by the monarch. There's all that bowing and scraping and mummery at the palace. It's the whole climate of deference to the monarch and everything else it represents. They just seem to perpetuate the image of Britain as too much pomp and not enough circumstance. It's a huge pantomime where tinsel takes the place of substance."

Journalist and author Yasmin Alibhai-Brown accepted and then returned an MBE, writing that she was shamed by Zephaniah for her acceptance of the award.

"I was stupid once and allowed myself to accept an MBE, partly to please my mum, who was always afraid that my big mouth would get us deported from here, as we were from Uganda," she wrote in 2009.

"But I now speak with the zeal of a convert. The honours system sucks and we should start again, devise a fair and independent new method to annually acclaim exceptional citizens for their contribution to the nation, not to overweening political parties or the semi-skilled, dysfunctional Windsors," she wrote. 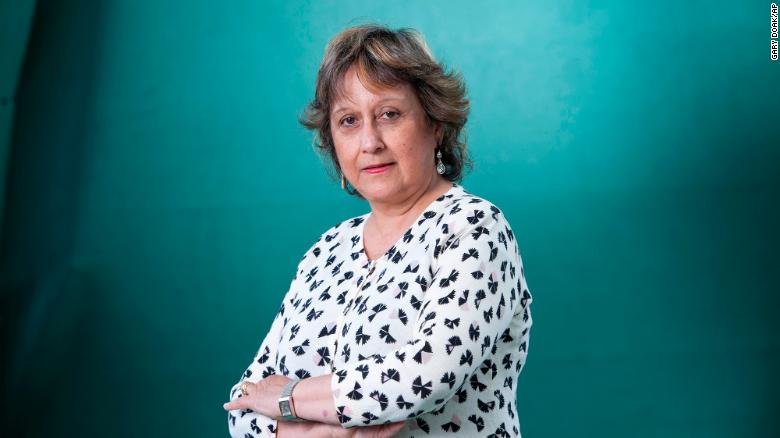 Actor Jim Broadbent is reported as saying that he turned down an OBE as prizes should be given to "those who really help others."

He said he was "not that comfortable" with actors receiving honors, "partly because I think they ought to go to those who really help others," he added.

The list of honors is published biannually, once at New Year's and then again for the Queen's birthday, and recognizes excellence in a spectrum of pursuits, ranging from arts and athletics to science and politics.

Although knights and dames may be the most well-known commendations, there's a hierarchy of ranks in the honors system, according to the UK government.

At the highest level is the Companion of Honor, awarded to those who've made major contributions in the arts, science, medicine, or government over an extended period of time.

Next, the distinction of being a knight or dame is conferred on those who've made long-term national contributions seen as inspirational or significant.

The Commander of the Order of the British Empire, or CBE, is for those who've played a "prominent but lesser role at the national level, or a leading role at the regional level," according to the UK government.

The Officer of the Order of the British Empire, or OBE, is for those who've taken a major role in local activities, and through that become known nationally in their chosen area.

The Member of the Order of the British Empire, or MBE, is for outstanding achievement or service to one's community.

Finally, the British Empire Medal, or BEM, is for those who've done "hands-on" service for their local community, including voluntary activity or innovation work.