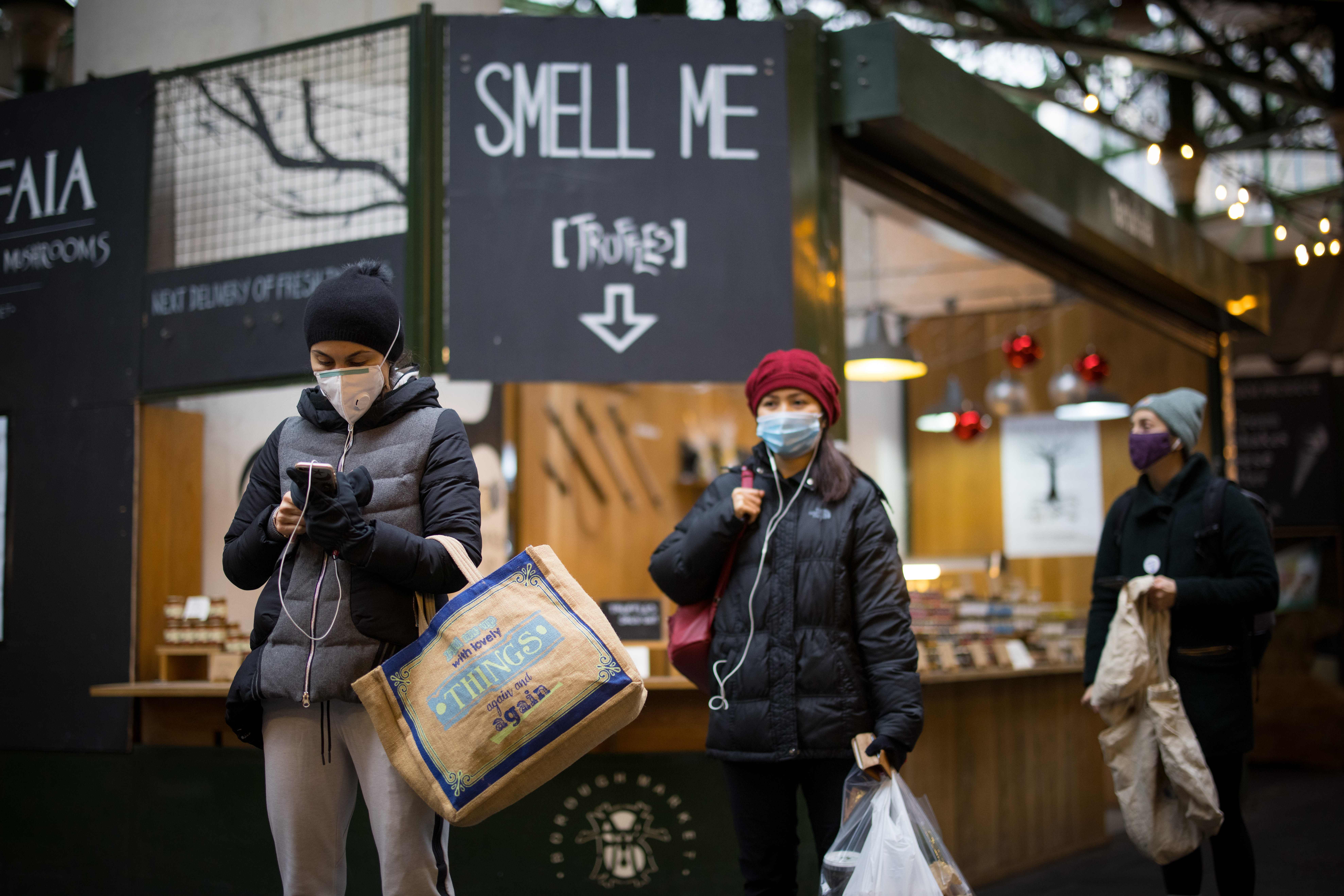 Nearly one in three small business owners in the U.K. say that government coronavirus restrictions are more harmful than helpful to society, as they struggle with the economic fallout from the pandemic.

A majority of directors at small firms (54 percent) support the government’s decision to impose strict lockdown measures, but a large slice of entrepreneurs, 30 percent, think it was the wrong approach, according to a poll of more than 1,000 small and medium-sized business owners carried out for POLITICO last week.

More than half of the small companies polled said they would open their doors tomorrow if the government were to suddenly relax lockdown rules. 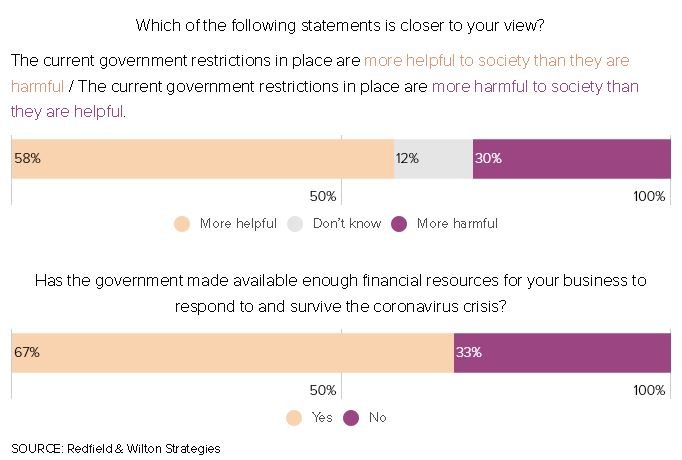 It follows a call by the Federation of Small Businesses in late December for the government to roll out a suite of measures aimed at small companies. The letter to the chancellor asked that measures to combat the economic damage from the pandemic be extended, but also asked for new steps like cash grants and additional tax relief for small business owners.

The FSB’s own study, carried out on 11 January, showed their Small Business Index’s confidence measure had dropped to a level second only to March 2020, the worst point in the study’s 10-year history.

The poll for POLITICO suggested business owners are more optimistic about the prospects for their own business, though. They were close to evenly split on the outlook for their revenue in the year ahead between growing (35 percent), shrinking (32 percent) and staying the same (33 percent). Almost half still think the worst is yet to come in the battle against the virus.

Views on the financial aid dished out by the government to support businesses are also split. Nearly seven in 10 firms think that there’s been enough to help them survive the crisis, but a third, 33 percent, think the government hasn’t made enough resources available. 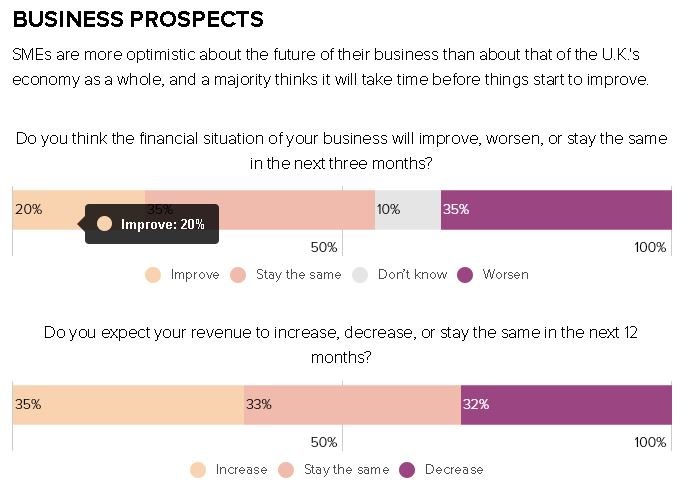 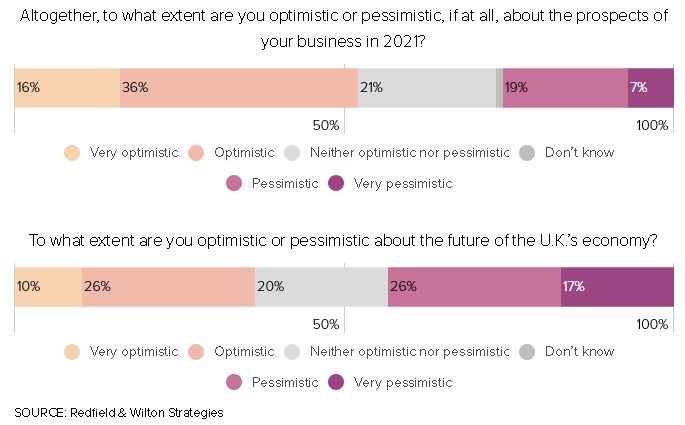