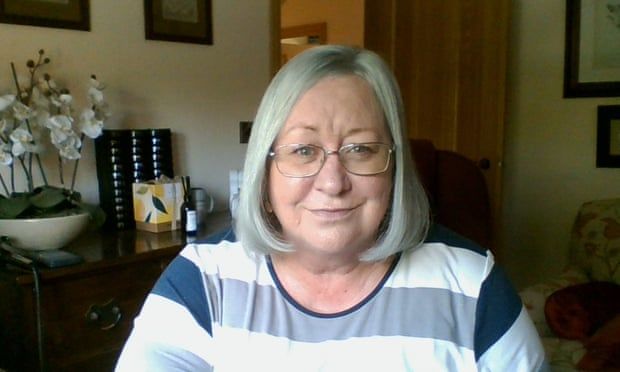 Zoom meeting star Jackie Weaver: ‘You need to put yourself out there’

Jackie Weaver wants to inspire women to stand for public office. Too often, she says, women step back, bow out and listen to the negative voices, external ones – as heard in her now-infamous Handforth parish council meeting – and internal voices.

The celebrated chief officer of the Cheshire Association of Local Councils tries to think of good leaders but things being as they are, she can’t think of any real-life examples. “A good leader is somewhere between the dictator/tyrant and the boss who wants to be everyone’s friend,” she says.

Weaver eventually comes up with a list: Cersei Lannister in Game of Thrones (“She’s the most evil of the lot but she knows what she wants and, ultimately, she does what she has to do to survive and to keep her family safe”), Queen Elizabeth I (“She was shrewd, determined and prepared to sacrifice her personal life for the greater good”).

But she then runs out of women, before adding: “Captain Jean-Luc Picard in Star Trek.”

“He embodies everything I admire in an authority figure: he’s powerful and in control but also caring for his staff and the opposite of Captain Kirk, who was far too emotional and easily distracted by the ladies,” says Weaver, who has written a self-help book, You Do Have the Authority Here!

Her interest in local democracy is her battle cry. But it was her refusal to be emotional and her determination to retain control that propelled her to international fame in February.

Thanks to a 30-second video clip, what happened during the Handforth Zoom parish council meeting is now infamous. But what was less well known was that, after the incident, the men in the meeting – both of whom have stepped down – made a formal complaint against Weaver to the Cheshire Association of Local Councils.

“The association were hauling her over the coals,” laments her husband, Stuart. “They set up a panel of executives to investigate her.”

Weaver is more sanguine: “It is right and proper to investigate any formal complaint,” she says. “If they had upheld the complaint, the panel could ultimately have removed me from my job but that wouldn’t have been a logical conclusion to come to.”

When the video went viral, however, the association decided, as Stuart puts it, “to side with the rest of the country”.

“The men in the meeting wouldn’t have challenged me if I’d been a man,” Weaver says. “That’s partly why women are vastly under-represented in positions of authority.”

This matters, says Weaver, because no society can be properly representative if it doesn’t offer a range of different perspectives and experiences.

But Weaver practises strong love: “If you’re going to move up the ladder at work, head up a committee or take on some form of leadership you need to put yourself out there and not wait to be invited. Your work won’t always speak for itself and sometimes you need to highlight to others what you have done.”

Having said that, Weaver concedes that women often expect too much of themselves – and certainly more than men do. “That needs to change,” she says. “But it can’t be changed from the outside. Only you have the power to change it for yourself.”

Since February, Weaver has been an international cause célèbre. Her name has been celebrated in songs and poems – although she is scathing about Andrew Lloyd Webber’s ballad in her name. “The music was pompous but more importantly, he didn’t bother to contact me, not even to drop me a text, despite performing the song on Good Morning, Britain. He’s a man with power and I felt somewhat used by him. His behaviour just seemed supremely arrogant. I guess musical theatre was in the doldrums at that moment and he had nothing else to do,” she says.

More happily, Weaver has also appeared at the Brit awards, Celebrity Mastermind and had a guest slot as herself in The Archers. “I’ve had the most wonderful time,” she says.

“But when all this has finished and the world forgets me, I’m still going to be remembered by the people around me in Cheshire as the woman to go to if they need help with local issues,” she adds. “That’s what gets me out of bed in the morning: being the person who solves problems in a parish council.”

On being happy: ‘You are not unique, special or perfect and that is absolutely fine.’

Say YES to: Getting on with your life – do the stuff you want to do. Tell your loved ones how you feel and compliment other people

Say NO to: bucket lists and saving the best for later. Being vague and hinting at what you want. A relationship full of drama. Dusting skirting boards.

Expect the unexpected and arm yourself: expect life to be full of adversity. Don’t panic if something goes wrong. Be tenacious. Read signs very carefully at airports!

Stay calm and healthy: don’t let argument escalate, focus on your objective. Don’t go into a meeting with all guns blazing. Tell yourself you’re in control and at any time you can leave the situation. Things are never as embarrassing as you think.