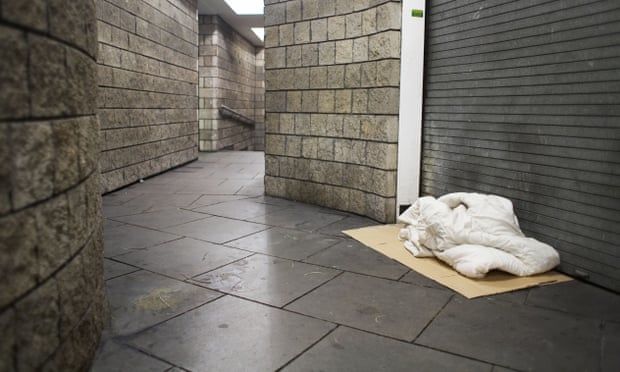 Youth homeless in the UK has increased by an estimated two-fifths in five years, rising to more than 120,000, a leading charity director has warned, as fresh analysis suggests that black households are likely to be disproportionally affected

Seyi Obakin, the chief executive of Centrepoint, the UK’s leading youth homelessness charity, said its estimates show 86,000 young people in the UK presented to their local authority as homeless or at risk in 2016/17, and that the figure increased to 121,000 in 2019-20.

Obakin expressed fears that youth homelessness would worsen as a result of the pandemic, with Centrepoint’s helpline receiving a record number of calls since the start of the crisis. He also believes young black Britons will probably be disproportionally affected.

His warnings come as Guardian analysis shows that although England’s black population stands at about 3.5%, black households make up 10% of those that are homeless or at risk of homelessness, according to data from the Department for Levelling Up, Housing and Communities (DLUHC) for the year 2020-21.

In London, black households represent 30% of those owed homelessness prevention or homelessness relief by their local authorities, despite making up just 12.5% of London’s population.

In the Guardian analysis, homelessness, and being at risk of homelessness, is defined by whether a local authority owes prevention or relief duty to a household. The data is not broken down by age.

“It is not surprising that black households are overrepresented in official homelessness statistics, but this does not mean we should tolerate it. Without a home, children’s development and educational attainment suffers and it becomes harder to find a job or stay healthy or maintain relationships that enable people to thrive,” Obakin said. 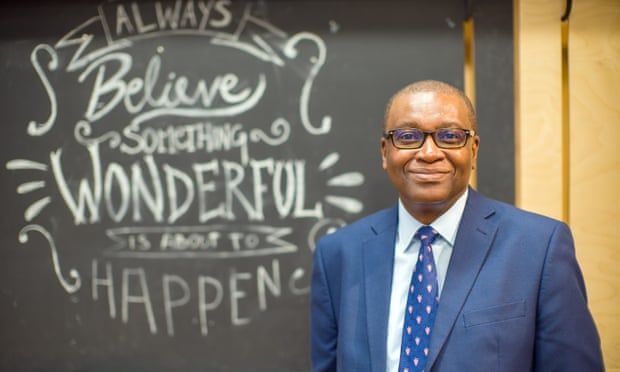 Obakin said that Centrepoint saw a third more calls to the helpline since the start of pandemic, with huge surges of demand around local lockdowns. He pinned this increase down to the multiple crisis disproportionally affecting young people, from mental health issues to high unemployment, and urged the government to intervene.

“The problem is worse than it was a decade ago and it’s actually worse than it was two years ago,” Obakin said. “It is heartbreaking to see the range of complex issues that young people are presenting with is also getting wider. That in a way is a mirror of what’s happening in society itself.”

He said racial disparities in youth unemployment, with Guardian analysis showing black youth employment was more than three times higher than among their white counterparts, had a knock-on effect on youth homelessness. “We know from our data that about three-fifths of young people who seek help from Centrepoint are from ethnically diverse backgrounds,” he added. 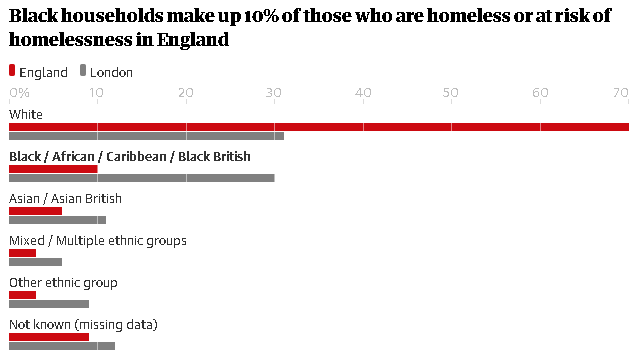 He fears the problem will worsen now the government has pushed ahead with its planned cuts to universal credit, which he describes as a vital safety net. “That safety net is what is being cut. So I worry young black people will be disproportionately affected,” he said.

Obakin said that through the newly created DLUHC, the government has a “tremendous opportunity” to not only tackle rough sleeping, “but to go beyond and ensure that those who are homeless, or face homelessness are given the support and services they need before they have to sleep rough. That is good for the people, and it is also good for the taxpayer.”

“During the pandemic we made huge progress to bring rough sleepers off the streets, helping over 37,000 people into safe and secure accommodation, including 26,000 who have already moved into longer-term accommodation.”