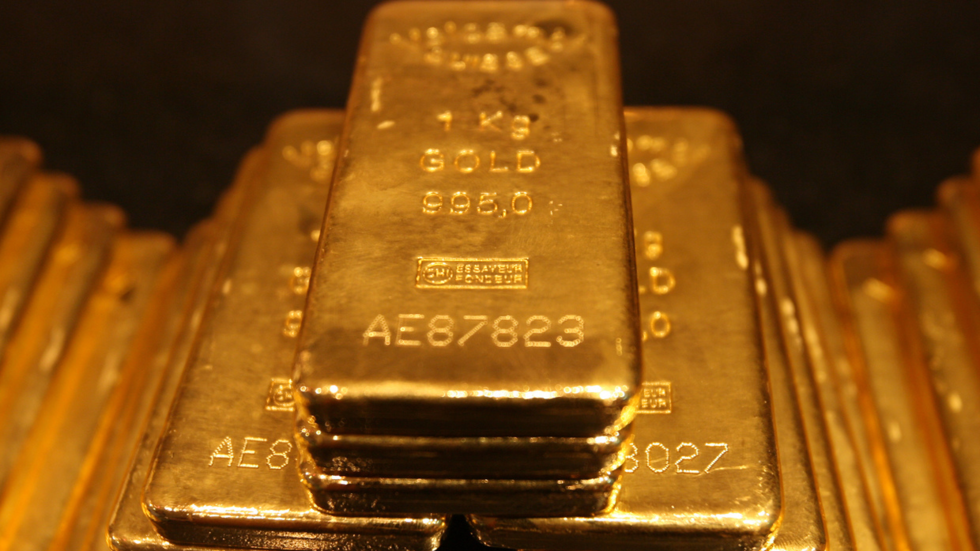 Your $1.7 billion of gold is now ours, UK tells starving Venezuelans

In its prolonged freezing of Venezuelan assets, the UK continues to withhold 31 tons of its gold stored at the Bank of England, with a new Supreme Court ruling supporting the seizure.

The recent decision, CNN reported, “ruled that recognition of heads of state and government was solely the responsibility of the British government, which had recognized [opposition leader Juan] Guaidó as Venezuela’s Constitutional interim President.”

Like most duplicitous corporate media, CNN pushed the narrative that Nicolas Maduro isn’t actually Venezuela’s elected president (he “claimed” the “widely disputed” election). But, as I wrote in March, he is president, and “Venezuela’s election process has been recognized as transparent and effective, with former US President Jimmy Carter in 2012 calling it ‘the best in the world.’ On the other hand, the Venezuelan opposition, as well as Western nations, have interfered with and attempted to sabotage elections.”

In any case, the UK court, drawing on the ‘one voice principle’, decided that because UK leaders like Boris Johnson regard the unbeloved Guaidó as ‘interim president’, he therefore, inexplicably, is – in spite of most of the world not recognizing him as such.

So, Venezuela’s “31 tons of gold deposited at the Bank of England,” remains captive.

Meanwhile, script-reading legacy media are echoing one another in claiming that Venezuela has no right to its own gold, disingenuously promoting the false premise that Guaidó is Venezuela’s president.

How very benevolent of the UK courts to thwart the dastardly elected president of a nation whose population it is allied with the US in relentlessly punishing.

As any good stooge of imperialism does, Guaidó – the Western puppet previously-unknown to the world, and largely unknown within Venezuela before his self-appointment as ‘president’ – pops up when needed, aka when the US and allies want to hurt the Venezuelan people even further.

In a March 2021 article, I opined, “You would have to have been offline or in a coma for the past couple of years to not be aware of some key facts about ‘interim president’ Guaidó. Venezuelans didn’t vote for Guaidó to be president, he hasn’t even stood for president. Venezuelans voted for Maduro. Guaidó named himself ‘interim president’, to the support of only roughly 50 countries – leaving a glaring nearly 150 countries not recognizing this Western-groomed stooge as Venezuela’s leader.”

Contrary to the UK’s re-recognition of this man as the president of Venezuela, as I noted, even the EU dropped its recognition of Guaidó as interim president.

On-the-ground support for the non-president?

In 2019, I spent several weeks in Caracas, refuting Western pundits’ and media claims that there was chaos following a series of power outages. During that time, I observed protests in support of the government, and sought out the supposedly-massive protests in support of Guaidó (spoiler, I couldn’t find them, in spite of scouring the city on a motorcycle taxi).

In one particularly massive pro-government protest, Venezuelans spoke of media lies about their country and also how they wanted the “Western puppet” Guaidó to be arrested.

“They make it up, it’s all lies, all lies. The only president we recognize is Nicolas Maduro. And we want this man, Juan Guaidó, to be arrested immediately.”

In an encounter another day, a woman unleashed, “We didn’t vote for you, Guaidó. We’re not a North American colony. We’re not Colombia. Respect Venezuela. The US wants to steal our resources. Trump, stop f**king us over.”

Up in the hills of Petare, riding on a friend’s motorcycle, wherever we went, we met people who spat on Guaidó and on the West’s lies about Venezuela.

This latest UK court ruling to continue denying Venezuela its gold – and deny the nation a means of providing relief to its uber-sanctioned population, which struggles to get enough food to eat because of it – is not surprising, giving the West’s history of attempting to overthrow Venezuela’s leaders and destabilize the country.

It needs to be underscored that the same politicians, pundits and media which promote Guaidó as a Venezuelan leader, much less president, and whitewash the UK’s theft of Venezuela’s gold, systematically downplay the deadly sanctions against its people.