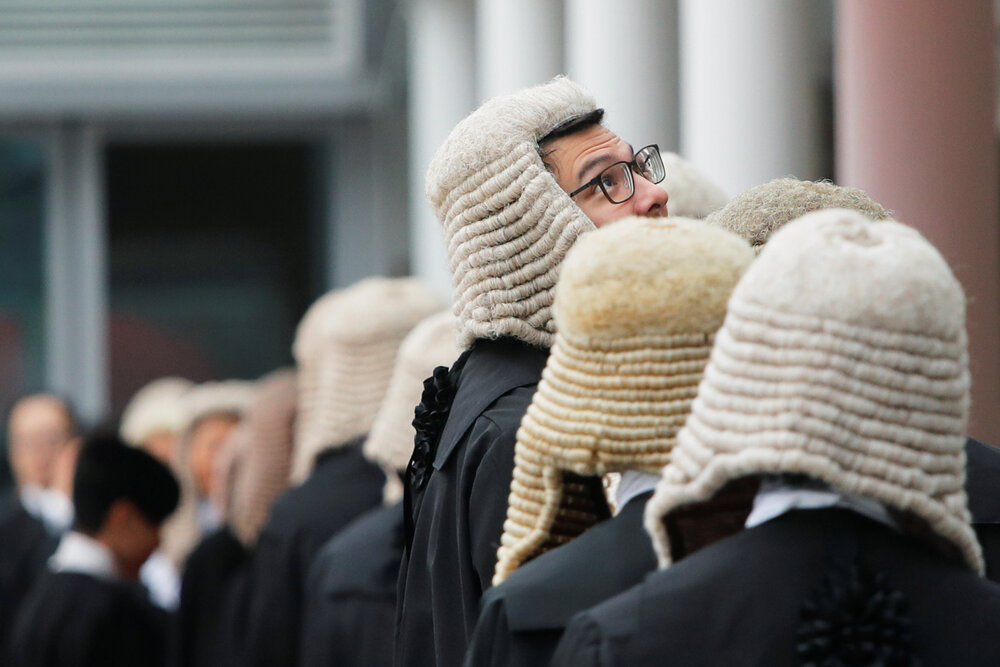 Barristers - especially young ones in their 30s - are among Hong Kong professionals emigrating overseas, according to Philip Dykes.
Bar Association figures showed that 50 barristers ceased practicing in Hong Kong last year, higher than the 45 in 2019 and 34 in 2018.

Although overall membership figures have still increased, the rate of increase has slowed down, with membership numbers only increasing by 35 to 1,595 last year, compared with 48 in 2019 and 86 in 2018.

Dykes said he is aware of the "unusual" trend and has heard from a few barristers that "more than a handful" are leaving.

"They are seeking to reestablish themselves overseas. Some will take advantage of the BNO offer," Dykes said, referring to the new path for British National (Overseas) passport holders to earn British citizenship under the country's latest immigration policy.

Most barristers trying to leave Hong Kong are younger members of the association - those in their late 20s and early 30s as they can still afford to relocate, he said.

"They qualified and started practice in Hong Kong and thought to themselves that they can still afford at this time of life to go abroad and requalify as they do not have a family," Dykes added.

"But I am also aware of a few, who have been in the Bar Association for over 20 years, leaving."

He said the national security law implemented in Hong Kong on June 30 last year is most probably the reason for their emigration.

"It's no coincidence that it is after the national security law came into effect that they are looking at their own prospects of working, as well as the future of their children," he said.

Dykes expects more barristers to leave this year and predicts fewer people will enter the profession in the future.

"We are getting graduates from universities every year, but you may find in a couple of years that might decline as well."

According to a barrister, who spoke on condition of anonymity, practicing barristers in Hong Kong are not allowed to practice in Britain straight away.

"Barristers would have to take an examination consisting of two parts under the qualified lawyers transfer scheme," she said.

"The amount of material covered in the examination is as much as studying the four-year bachelor of laws and the one-year postgraduate certificate in laws all over again."

Barristers also have to risk losing experience accumulated by practicing in Hong Kong as it may not be recognized by the legal sector in Britain.

"For example, a practicing barrister who has already worked in Hong Kong for 10 years might not have his 10 years of postqualification experience recognized even if he successfully qualifies as a barrister in England and Wales, as they may think their experience is not relevant to their work in Britain," she said.

"That would be the reason why barristers with relatively more experience would not be as interested in emigrating to the UK."
Add Comment