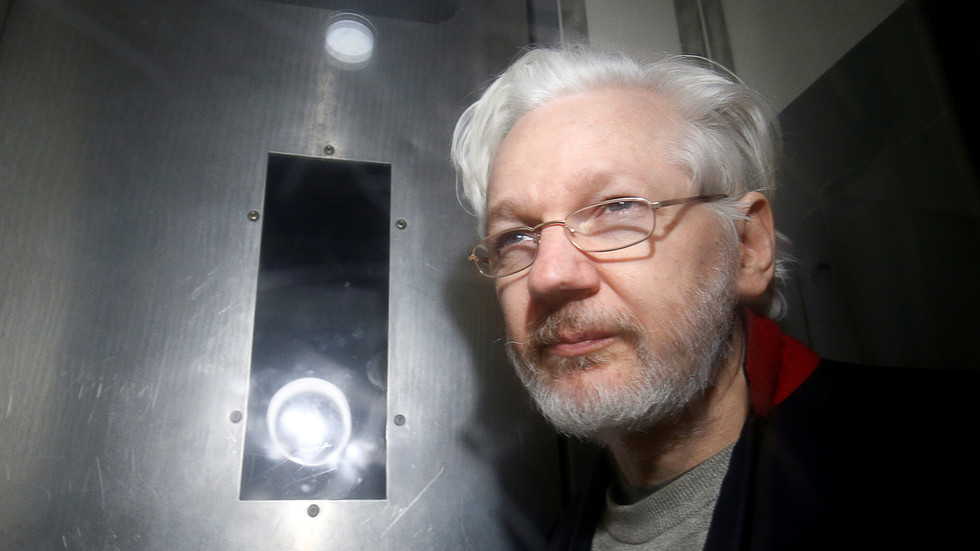 A group of protesters, clad in the yellow vests popularized by French demonstrators, have gathered at Belmarsh Prison to protest the detention of WikiLeaks founder Julian Assange. Assange has been held at the prison since April.

Wrapped up against the murky British January weather, demonstrators assembled outside Belmarsh on Saturday, calling on UK authorities not to extradite Assange to the US, where he faces nearly two centuries in prison.

#GiletsJaunes arrive at HMP Belmarsh to a rally in support of Julian #Assange.
It's early, but they're in good voice already!#DontExtraditeAssange pic.twitter.com/y9rchPxK7X

One day earlier, Assange’s defense campaign revealed that the imprisoned publisher had been moved from solitary confinement into the general population at Belmarsh, following a series of petitions from supporters. Assange had languished in solitary since his arrest last April, ostensibly on charges of skipping bail in 2012. UN rapporteur Nils Melzer accused the British government last month of perpetuating Assange’s “exposure to psychological torture” by keeping him isolated, and warned that his health may soon reach a “critical” stage.

On top of the one-year jail term for skipping bail, Assange also faces extradition to the United States, where he has been charged with espionage for publishing leaked documents detailing potential American war crimes in Afghanistan and Iraq. If found guilty, he faces 175 years behind bars.

On Thursday, Westminster Magistrates’ Court postponed the bulk of Assange’s extradition hearing until May, with the remainder to take place in late February.