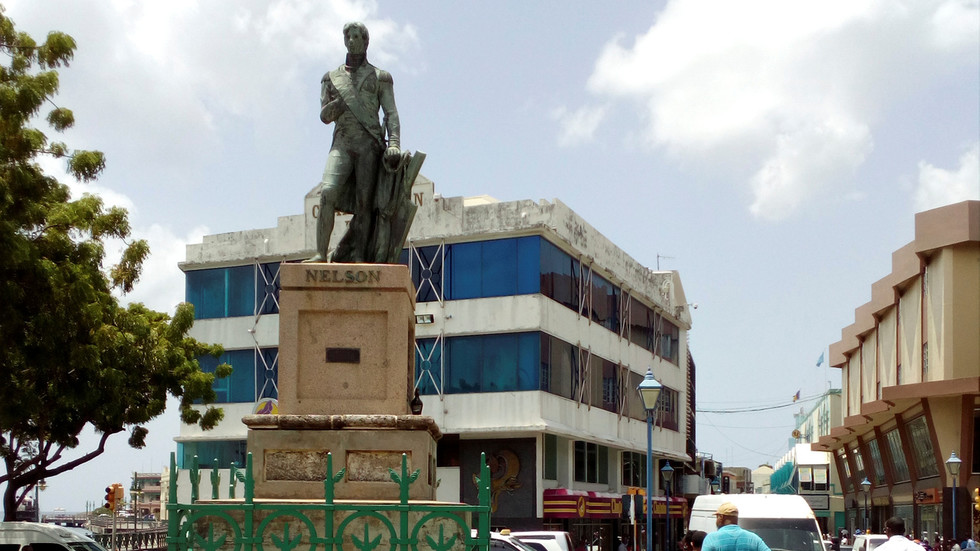 The decision by Barbados to axe the British monarch as titular head of state has unleashed anti-China paranoia claiming malign influence from Beijing. This is the poverty of Cold War zero-sum thinking.
The former Caribbean colony simply can’t assert its independence from Britain; there must be a sinister explanation, so the backward reasoning goes.

However, an alternative explanation is more straightforward, and on the money, literally.

Barbados has joined several other Caribbean states which are benefiting from billions of dollars of Chinese government investments in the region. The investments are for infrastructure projects: airports, sea ports, roads, hospitals, hotels and telecoms.

This is part of China’s global economic development plans known as the Belt and Road Initiative or “New Silk Road” which have already galvanized vast swathes of Asia and Africa.

Chinese investment in the Caribbean and more generally Latin America is just part of a wider global story. And Barbados is just a small part of the Caribbean chapter.

When Barbados announced earlier this month that it was going to make itself a republic by the end of next year and henceforth remove Britain’s Queen Elizabeth as its symbolic head of state there was a palpable feeling of stunned shock.

The British monarchy and Downing Street said the move was up to the people of Barbados, but there was a sense of chagrin over the apparent rejection.

Politicians like Conservative lawmaker Tom Tugendhat have since followed up with claims that China is putting undue pressure on Barbados to snub Britain.

“China has been using infrastructure investment and debt diplomacy as a means of control,” he told the media, adding that the island state was “swapping a symbolic Queen… for an Emperor in Beijing.”

Tugendhat, who chairs the UK’s parliamentary foreign affairs committee, is an inveterate hawk espousing anti-China and anti-Russia views. He’s a Cold War throwback who views international relations through the prism of alleged malign activities by China and Russia undermining Western democracies, NATO and every other institution no doubt.

What exactly China is doing in Barbados that is supposed to be malign is not specified. It’s a matter of prejudice and innuendo that if China is investing billions in foreign countries then it must be for a pernicious agenda. In short, this is Sinophobia, which we see also in its counterpart of Russophobia.

When Chinese President Xi Jinping made a state visit to Caribbean nations in 2013 he reportedly signed agreements for $3 billion in development investments.

Since then, total Chinese state investment is reckoned to have soared with several more Caribbean countries joining the Belt and Road Initiative. In addition to Barbados, they include Trinidad and Tobago, Antigua and Barbuda, Grenada, Jamaica, Dominican Republic and Cuba.

Richard Bernal, a former Caribbean ambassador to the United States, is quoted as saying: “Chinese money became available and these countries were very happy to be able to borrow this money because they used it to build hospitals, build roads… It has generally developed a lot of goodwill.”

The fact is China has stepped in with much-needed development capital where former colonial power Britain is too broke to even take care of its own nation 6,000 kilometers away, and where the United States has a blighted history of invasions and bloody coups. (is it clear he refers to the region? Not Barbados in particular? I THINK SO)

Of course, Washington may be concerned that its presumed “backyard” is being revamped with Chinese foreign investment.

But it’s entirely reasonable for Beijing to expect countries benefiting from its financial aid to reciprocate by adhering to friendly policies, such as recognizing the One China Policy and repudiating for example the recognition of Taiwan as a separate state.

In other words, countries can be expected by Beijing to shun Washington’s hostility toward China and to chart a more independent line in foreign relations. That’s not malign. It’s called fair dues.

Barbados gained independence from Britain in 1966. Since then the British monarch remained as a symbolic head of state, similar to other nations such as Australia and Canada. But over the years, Barbados has been moving toward republican status.

A constitutional review advocated in 1998 that the island become a republic. China’s involvement is not something out of the blue either. Barbados signed a defense agreement with Beijing back in 2006.

A “symbolic” monarch is a relic of the past. For some Britons having their Queen as head of state in foreign nations may provide some nostalgia of former global glory.

But for the people of Barbados they are entitled to prioritize social and economic development in the here and now. If the investment comes from China and that gives Barbados the confidence to develop into a republic free from trappings of past British rule, then what is wrong with that? Nothing.

The only people who might take offense are empire-sentimentalists and incorrigible Cold Warriors who are compelled to find a sinister Chinese (or Russian plot) behind each and every development.
Add Comment