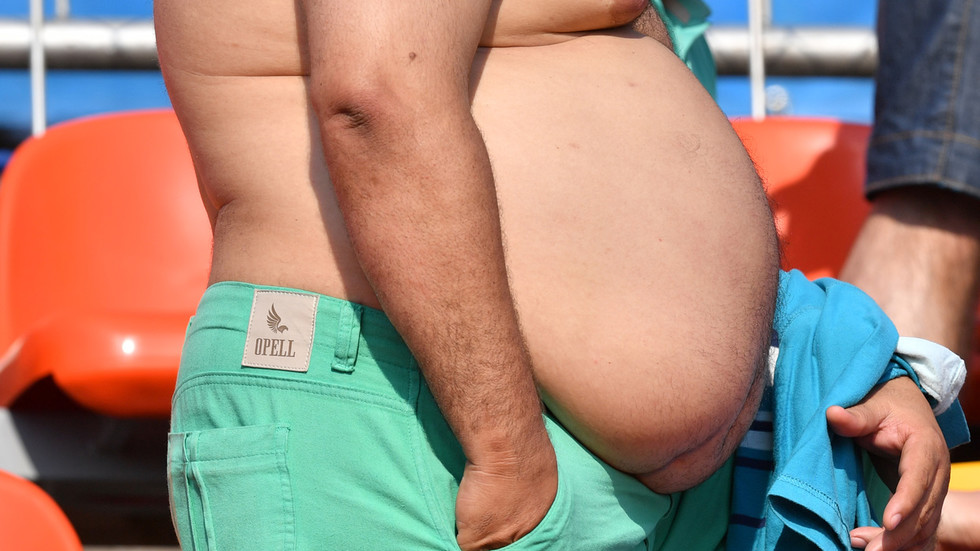 ‘Wow...has he seen our PM?’ Tory MP roasted on Twitter for saying the poor are the ‘fattest’ & need lessons on healthy eating

A former Tory aide of ex-PM David Cameron has come under fire on social media after claiming poor people are the “fattest” in the UK and they need to be educated about eating a healthy diet.

Writing in his local newspaper, Sir Desmond Swayne, the Conservative MP for New Forest West, suggested that food banks were an “important contribution” to the welfare system, but checks on how families spend their benefits were required.

Swayne, 63, then claimed that one in five children in Britain is “obese” by the time they leave primary school, with those from the “lowest household incomes” being disproportionately affected.

The remarks have provoked anger online, with many on Twitter suggesting that Swayne maybe should have taken a look around his own Tory benches before commenting. One person remarked: “Wow ... has he seen our PM? Not exactly the poster-boy for lean healthy living!” While another tweeted: “This is absolutely disgraceful.”

Wow ... has he seen our PM? Not exactly the poster-boy for lean healthy living! Patronising prat ... typical of a Tory.

Labour’s Shadow Education Secretary Angela Rayner, who is running to become the party’s next deputy leader, hit out at the UK lawmaker. She insisted that the last thing poor people need is “finger wagging” and “derogatory insults” from a Tory MP.

Another person, seemingly frustrated by Swayne’s claims said: “Why do the rich always think they can tell the poor how to behave.”

Tories need to be taught how to help our poorest out of poverty not using derogatory insults. Improving life chances through Health, Housing, Education, Employment, and helping people when they need it is required. The last thing they need is some Tory MP finger wagging at them! https://t.co/jwTd0i2ubl

Why do the rich always think they can tell the poor how to behave. It's a feudal attitude. I'm not greatly impressed by the morals of those who think themselves my betters just because they're richer.

Swayne caused controversy in October after a photo emerged of him ‘blacked up’ at a party when dressed as the legendary soul singer, James Brown. He insisted that it was “fun” to do, and refused to apologize, maintaining that the only reason he wouldn’t do it again was because it was hard to wash off.