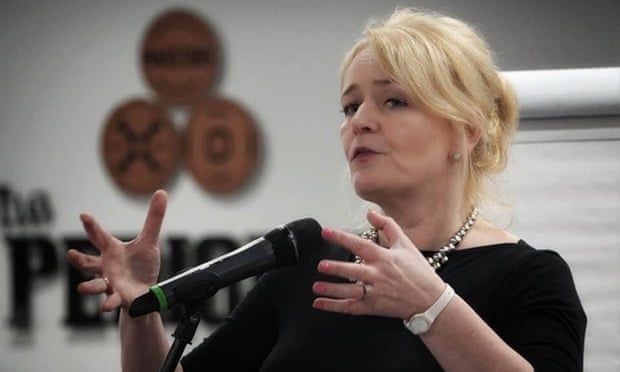 New leader says Unite needs to ‘get back to what it says on the union tin – fight for jobs, pay and conditions’
Workers should not pin all their hopes on Labour winning the next election to improve pay and conditions after the Covid-19 pandemic, the new leader of one of Britain’s biggest trade unions has warned.

In a significant intervention weeks before Sir Keir Starmer’s first in-person party speech, Sharon Graham said Unite would “get back to what it says on the trade union tin” and expressed reservations about the limits of what MPs could achieve.

She said she wanted to turn Unite into a “powerful union capable of winning for workers”, adding that was the only way they would not pay the price for the pandemic.

Writing in the Guardian, Graham claimed many people underestimated her in the race to succeed Len McCluskey, including her rivals Steve Turner and Gerard Coyne, who “shut up shop assuming their own victory, while our troops were still on the ground battling for every vote”.

She fuelled speculation Unite would develop a calmer but more distant relationship with Starmer’s Labour party, saying: “Post-pandemic, I believe we need to face new challenges with new responses. We need to get back to what it says on the trade union tin – fight for jobs, pay and conditions.

“We can’t keep hoping for the election of a Labour government to solve our members’ problems. Putting all our eggs in the Westminster basket will not deliver. When did the parliamentary Labour party win a collective bargaining agreement for workers at a workplace? We cannot have the political tail wagging Unite’s industrial dog any longer.”

Graham also did not shy away from the strategy known as leverage, a form of industrial action with which she was familiar as the former head of Unite’s organising and leverage department.

She dismissed as “scare stories” tales of Unite members “harassing employers’ families, including their children”, saying this was not true and that “aghast employers” had simply shed “crocodile tears”.

“Leverage is a response to a hostile conflict with employers which uses ‘brain’ as well as ‘brawn’,” Graham wrote. “It takes union strategies into the forensic investigation of a business to see what is its real standing. Action follows. This is way beyond the traditional response of strike action and has been hugely successful.”

Graham will join other trade union leaders virtually at the Trades Union Congress that begins this weekend and is expected to speak on Tuesday. It will come two weeks before Starmer’s first in-person speech since being elected Labour leader in April 2020.
#COVID-19  #Covid
Add Comment