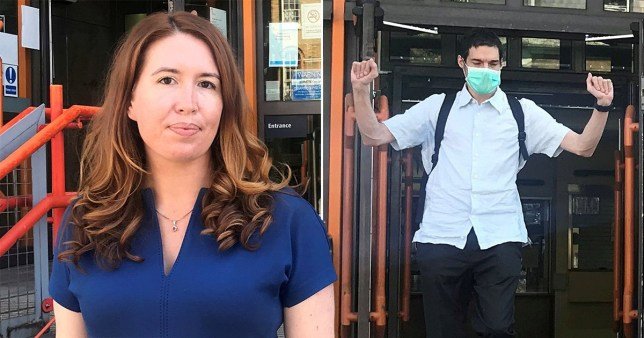 A woman who woke up naked with no knowledge of how she got there has finally received justice, after a man admitted to making an intimate video without her consent.

Emily Hunt, 41, who has waived her anonymity, woke up ‘cold, naked and shivering’ in a hotel room next to stranger Christopher Killick in 2015. She suspected she had been drugged and raped by the stranger but her case was later thrown out due to lack of evidence.

After Killick, 40, admitted to taking a naked video of her without her permission, Ms Hunt pursued a charge of voyeurism – but the Crown Prosecution Service (CPS) argued against her case.

Although voyeurism is a crime under the Sexual Offences Act 2003, the CPS had previously stated that filming someone naked in a private room was not an offence if they had consented to being looked at naked.

However, a major development came in January when the CPS withdrew its opposition to Ms Hunt’s claim and made a fresh decision to prosecute Killick, following a decisive judgment on the law in a parallel case from the Court of Appeal. It ruled that non-consensual intimate filming was in fact illegal.

Speaking after the hearing, a victorious Ms Hunt said: ‘I feel shaky but it is just amazing. This has been ongoing for five years and it is something he always said he did so it is an amazing moment. It is an important victory.’

Ms Hunt has fought for five years to get justice (Picture: SWNS)

Varinder Hayre, prosecuting, said: ‘Mr Killick admitted while Ms Hunt fell asleep he masturbated right next to her on the bed. He then got up and made a cup of tea while she was sleeping.

Killick, from Brent in north west London, is understood to have told police he met Ms Hunt in a bar and the pair went to the hotel and had consensual sex. In May 2020, five years after he volunteered the 62-second video to police, Killick was arrested and charged with voyeurism.

He admitted one count of voyeurism by recording a private act at Town Hall Hotel in Bethnal Green, east London, on May 10, 2015. Killick was released on conditional bail and told not to contact Ms Hunt before he is sentenced next month.

Despite the victory for Ms Hunt, how she arrived at the £300-a-night hotel that night remains a mystery.

Christopher Killick admitted to one count of voyeurism (Credits: SWNS)

Since the incident, Ms Hunt left her job as a strategy consultant after she suffered from PTSD and a breakdown and ‘needed time off’.

She told Metro.co.uk in January this year: ‘Now I’m a freelancer but I think I’m scary for someone to hire. People don’t like it when they see what I talk about in public. I also feel undateable; you don’t get far on dating apps with a profile like mine.’

At the moment, her 10-year-old daughter doesn’t know the extent of what she’s been through. But, in a recent interview with the Mail on Sunday, she said that she realises she’ll have to explain her story in full at some point.

Ms Hunt said: ‘She is aged 10 and we’re starting to get to a point where those little ears are starting to hear things and put things together. ‘But she already knows that her mummy is trying to put more criminals in jail and she’s really proud of me.’