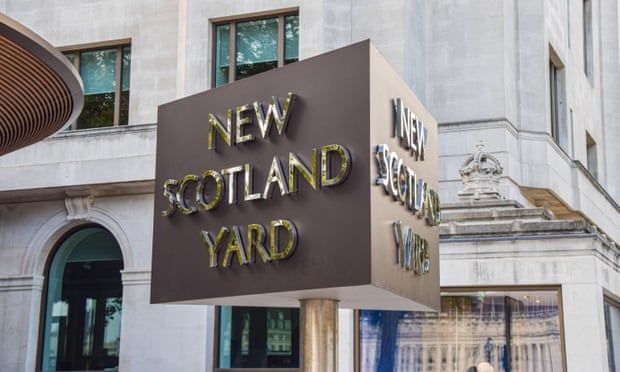 Kristina O’Connor says detective who was investigating after men tried to steal her phone asked her out
A woman is taking legal action against the Metropolitan police after a detective who told her she was “amazingly hot” while investigating her attack kept his job.

Kristina O’Connor, now 33, said she was sent inappropriate messages by DCI James Mason after he responded to her report of an attempted robbery in October 2011.

The officer asked her out to dinner while taking her statement about the incident, in which she was assaulted by a group of men trying to steal her phone, the Sunday Times reported.

Mason, who went on to work alongside the Met commissioner, Cressida Dick, then sent O’Connor a series of personal emails including one telling her she was “amazingly hot”.

O’Connor, the daughter of the late comedian Des O’Connor, told reporters: “I no longer trust the police. I feel that I am as likely to be abused by a police officer as I am by anyone else and perhaps even more likely, as I’ve seen that police officers can harm people with impunity. I am fearful of having to call or depend upon the police.”

After her complaint about Mason, who was at the time of the incident a detective sergeant, a panel at a police misconduct hearing last year found him guilty of gross misconduct.

The Met has confirmed he remains a serving officer.

“I feel appalled that the officer in question is still serving … I question what it takes for an officer to be dismissed. It makes a mockery of the misconduct process that he continues to serve,” O’Connor said.

O’Connor’s intervention comes after an official report revealed shocking details of Metropolitan police officers sharing messages about hitting and raping women, as well as the deaths of black babies and the Holocaust.

The Independent Office for Police Conduct said the hateful and offensive remarks were part of a Met culture that needed to be rooted out.

Last month, it emerged that the Met had apologised and paid compensation to an academic for “sexist, derogatory and unacceptable language” used by officers about her when she was strip-searched.

Lawyers for O’Connor are arguing that the force “failed to properly investigate” her complaint as a case of gender discrimination.

They are seeking a judicial review of how the investigation was handled.

A Met spokesperson said: “We recognise there is a need for real change in the Met. We are committed to creating an environment that is intolerant to those who do not uphold the high values and standards expected of us.”

They added: “Any victim of crime should have the confidence and trust to come to police to receive the support and professionalism they rightfully expect.

“Where this does not happen, we want to know about it so any learning and, if appropriate, disciplinary action can be taken.”
Add Comment