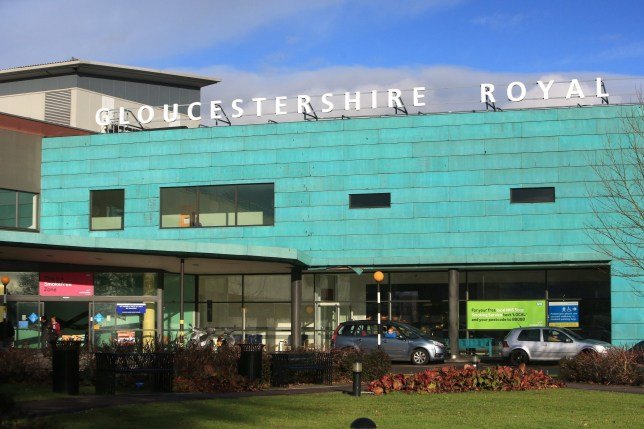 Debbie Hicks, 46, from Stroud, Gloucestershire, was arrested in her dressing gown at home on December 29, a day after allegedly walking around Gloucestershire Royal Hospital saying wards were ‘shut down’ and it was ‘completely dead’.

The hospital issued a response to the clip last month insisting wards were ‘extremely busy’ caring for more than 200 Covid-19 patients.

The eight-minute video was filmed on December 28, shortly after the area was moved into tier three.

It allegedly shows Hicks walking the hospital corridors saying: ‘We’ve been put into tier three for this? It’s a disgrace. I’ve seen less than 20 people.

‘It’s completely dead in an empty hospital with wards shut down and the lights off. Where are all the people dying and where is the mutant virus?

‘I can’t see the evidence and neither can the public watching. We’ve been robbed of Christmas for this.’

Gloucestershire Royal Hospital hit back at the time to say more than 200 patients were being treated on its coronavirus wards.

A statement from Gloucestershire Hospitals NHS Foundation Trust said: ‘We are currently caring for more than 200 patients with Covid-19.

‘This includes many who require treatment in our critical care departments and a further 500-plus non-Covid patients who need our care and expertise.’

Local MP Siobhan Baillie said it was ‘appalling’ that hospital staff ‘had to spend their precious time during this difficult pandemic defending themselves against films on social media that were wrongly claiming the hospital is empty’.

Hicks has been charged with using threatening, abusive or insulting words or behaviour likely to cause harassment, alarm or distress, under Section 5 of the Public Order Act and is due to appear at Cheltenham Magistrates’ Court om March 30.

Footage of her arrest was also later posted on social media.

Hicks was also arrested in Parliament Square on January 6 after attending an anti-vaccine protest.