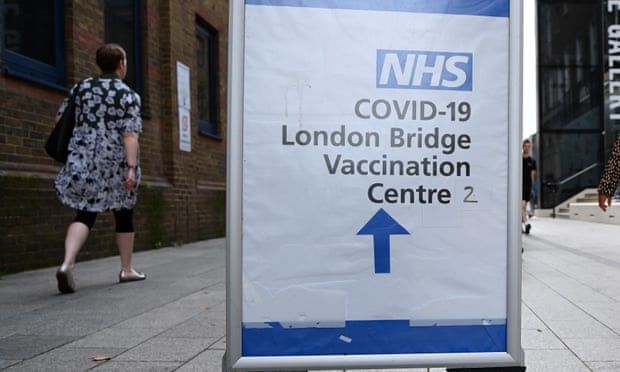 Without Covid-19 jab, ‘reinfection may occur every 16 months’

Reports grow of repeat Sars-CoV-2 infection as experts warn prevalence among schoolchildren risks health of older people
As Covid-19 infections surge in England, people are increasingly reporting catching Sars-CoV-2 for a second or even third time.

New analysis has suggested that unvaccinated individuals should expect to be reinfected with Covid-19 every 16 months, on average.

With winter approaching, scientists are warning that such reinfections could add to the burden on the NHS, some calling for the vaccination programme to be extended to all schoolchildren, including two doses for teenagers.

“If you’ve got high-level prevalence, and frequent exposure to the virus, as you have in schools, you are going to see more and more people getting reinfected despite having been double vaccinated,” said Stephen Griffin, associate professor of virology at the University of Leeds.

This time last year, the assumption was that although reinfections could occur this was relatively uncommon, with only two dozen or so recorded worldwide.

We now know that natural immunity to Sars-CoV-2 begins to dwindle over time. One Danish study suggested that the under-65s had about 80% protection for at least six months, while the over-65s had only 47% protection.

The arrival of the Delta variant has further complicated the situation.

“Certainly in the healthcare workers that we’ve been studying, there are many people who had moderately decent levels of antibodies who have been, in some cases, previously infected and double-dose vaccinated, who have gone down with symptomatic infections,” said Danny Altmann, professor of immunology at Imperial College London.

“I think it is far more common than the kinds of numbers we were used to before.”

ONS data published on 6 October says that among 20,262 Britons who tested positive for Covid-19 between July 2020 and September 2021, there were 296 reinfections – defined as a new positive test 120 days or more after an initial first positive test – with an average (median) time of 203 days between positive tests.

However, the reinfection risk appears to have been higher since May 2021 when Delta took over as the predominant variant.

Further data from the US, where various states have now started tracking and reporting on reinfection rates, supports the idea there is a substantially higher risk of re-infection with Delta.

In Oklahoma, which has a population of about 3.9 million, there were 5,229 reinfections reported during September (equivalent to a reinfection rate of 1,152 per 100,000) and reinfections have risen 350% since May.

Dr Nisreen Alwan, associate professor in public health, at the University of Southampton, said: “With rising levels of Sars-CoV-2 infections in the UK, many of us are personally aware of children and adults who got reinfected, sometimes after a relatively short period from their first infection.

“We still don’t know much about the risk factors for reinfection but the theoretical assumption that once all the young get it the pandemic will be over is becoming increasingly unlikely.”

To help answer this question, Prof Jeffrey Townsend and colleagues at Yale University School of Medicine analysed known reinfection and immunological data from other coronaviruses, including those that cause Sars, MERS and common colds.

By combining this with antibody and other immunological data from people who had recovered from Sars-CoV-2, they were able to model the risk of Covid-19 reinfection over time.

The research, published in The Lancet Microbe, suggested that reinfections would become increasingly common as immunity waned, particularly when the number of infections was high.

“If we had no infection controls, no one was masking or social distancing, there were no vaccines, we should expect reinfection on a three-month to five-year timescale – meaning that the average person should expect to get Covid every three months to five years,” Townsend said.

Although vaccines are suppressing the level of infections, the UK reported 49,156 Covid cases on Monday, the highest figure since mid-July. Rates are highest among secondary schoolchildren, with an estimated 8.1% of this group thought to have had Covid-19 in the week ending 9 October.

“If you allow it to run amok in any age group then it runs amok in all age groups,” said Townsend.

Griffin said: “If you don’t clamp down on prevalence [in schoolchildren], you’ll get the spread of infection and possibly reinfection, which will then potentially spread to parents whose vaccines may be waning, and more critically to grandparents and clinically vulnerable people.”
#Vaccines  #COVID-19  #Covid
Add Comment