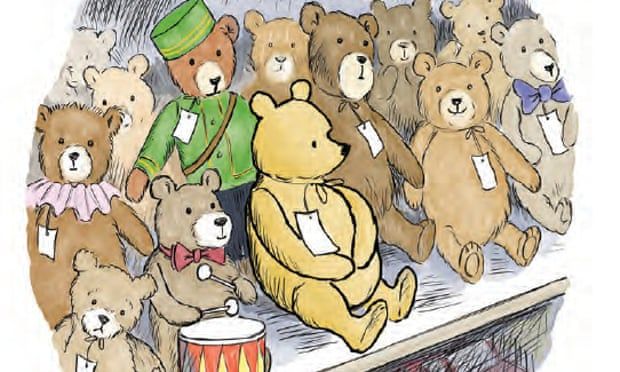 The story of how Winnie-the-Pooh went from a Harrods toy shelf to the home of Christopher Robin and the Hundred Acre Wood is set to be told for the first time, in an official prequel to AA Milne’s original stories.

Winnie-the-Pooh: Once There Was a Bear has been written in the style of Milne by children’s writer Jane Riordan, with illustrations by Mark Burgess emulating the original drawings of EH Shepard. It is the first prequel to Milne’s books and poetry about the bear, and has been authorised by the estates of both Milne and Shepard.

It will contain 10 stories just like Milne’s two Pooh story collections, Winnie-the-Pooh and The House at Pooh Corner, and will see the beloved bear exploring the London department store where Milne purchased the original toy bear for his son Christopher Robin, in 1921.

The book will also see Winnie-the-Pooh visiting London’s Natural History Museum and London zoo, where he will meet his namesake Winnipeg, a Canadian black bear. In the 1920s, Milne and his son visited the real Winnipeg at London zoo, where she had been kept since her owner, a Lieutenant Colebourn, was posted to France with his regiment during the first world war. Christopher Robin loved Winnipeg so much that he renamed his toy bear Winnie.

Riordan, who has previously written two standalone Winnie-the-Pooh stories in the voice of Milne, said the prequel was inspired by the real life of Christopher Robin.

“There is a lot of history that we know, so a few stories came to me very quickly. I was very keen to do a story in Harrods because we know the original toy came from there. We know Christopher Robin loved visiting London zoo to see Winnipeg. And I wanted to take all of the characters back to the Hundred Acre Wood, because that is what readers will expect – in the later parts, we leave London and head to the woods, where we meet Owl, Rabbit and other favourites.

“It is such an honour to be given the opportunity to write in the voice of a writer I admire so much,” she added. “He had an amazing gift for words, so it is very daunting to live up to that expectation.”

Winnie-the-Pooh: Once There was a Bear will be published by Farshore on 30 September, marking the 95th anniversary of Milne’s first full-length Pooh work, Winnie-the-Pooh, which was released in October 1926. 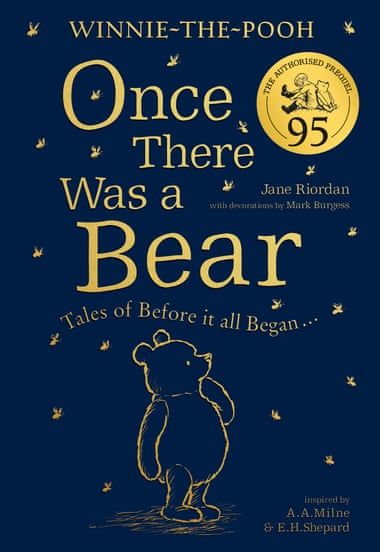 Once There Was a Bear by Jane Riordan and Mark Burgess.

Since then, Milne’s stories have never been out of print. “I suppose that every one of us hopes secretly for immortality,” Milne wrote in 1926, just before Winnie-the-Pooh was published. But once Now We Are Six and The House at Pooh Corner were in shops, over the following two years, Milne became a very reluctant celebrity alongside his son. As a child, Christopher Robin responded to fan letters with the help of his nanny, but both father and son came to resent their fame. “I feel that the legal Christopher Robin has already had more publicity than I want for him,” Milne wrote. “I do not want CR Milne to ever wish that his name were Charles Robert.”

While Disney has owned some rights to use of the character since the 1960s, Milne’s estate retains all rights to his original books. Disney has had no part in the new volume.

Two authorised sequels have been published previously, in 2009 and 2016: Return to the Hundred Acre Wood and The Best Bear in All the World.