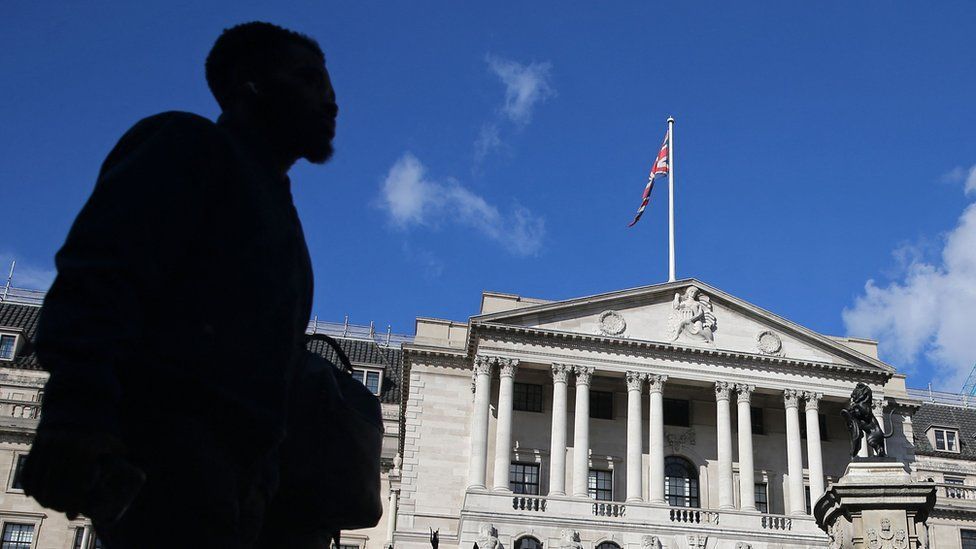 Will the UK financial chaos spark a wider meltdown?

The recent chaos on the UK financial markets has generated waves of stress and selling by investors far beyond the UK.

As the sell-offs collide with high inflation, rising interest rates and the war in Ukraine, they have raised fears the turmoil in the UK could set off a wider crisis.

Many analysts have said they believe the fallout is likely to be limited, especially amid signs that the government is reconsidering some of its plans.

Chancellor Kwasi Kwarteng was sacked on Friday, and the government has dropped parts of the package of tax cuts that initially sparked the market turmoil.

But the episode has highlighted the financial risks of the current moment.

"Markets are fragile. We have seen vulnerability that's been building over the last decade-plus," Fabio Natalucci, a deputy director at the International Monetary Fund (IMF), said earlier this week, describing the UK episode as a "warning shot".

"That fragility makes the financial risk much more elevated."

How did this start?

Borrowing costs in the UK shot up last month, triggered by Mr Kwarteng's announcement of £45bn of tax cuts in his mini-budget, which the government said would help reignite economic growth.

But he did not say how he would pay for them, which alarmed investors already worried about the UK's dim economic prospects. They swiftly sold off their holdings of UK government debt, also called bonds or gilts.

Why does this matter?

The sell-off in UK government bonds prompted a dramatic change in their value.

Prices dropped and investors demanded a higher interest rate for holding a riskier investment, creating major volatility in what is usually considered a stable, safe investment.

That kind of swing can have big ripple effects, as investment firms adjust their holdings to cover losses and the increased risk. 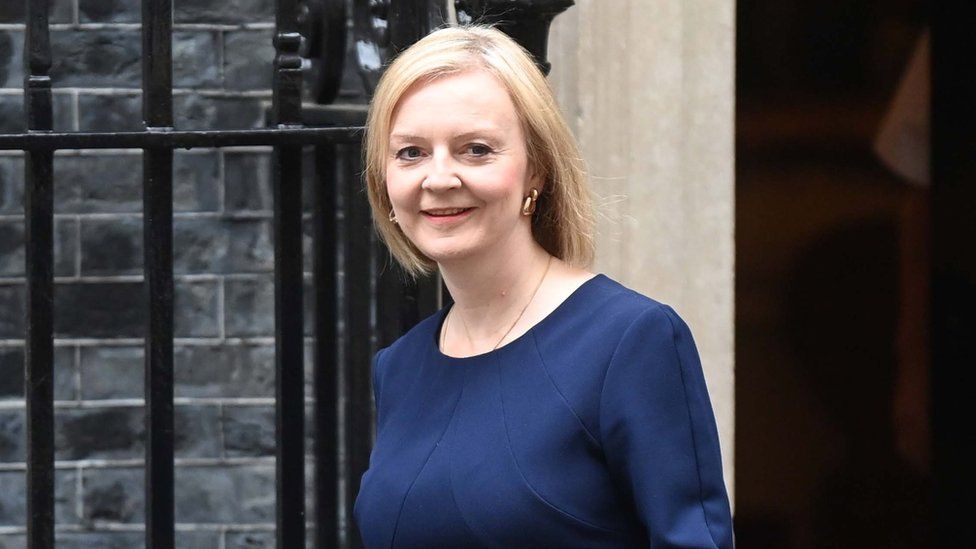 In the UK, some of the first cracks appeared at pension funds, giant investment firms that manage people's retirement savings and typically put a big chunk towards investments like government debt.

Facing losses that were at risk of spiralling, pension funds pleaded for help from the Bank of England, which agreed to step in and buy government debt as an emergency intervention. In fact, the Bank of England ended up stepping in three times.

The sudden rise in borrowing costs also meant chaos for the UK housing market, where mortgage rates on typical two and five-year fixed deals have jumped to more than 6% for the first time in over a decade.

Analysts expect the rise in mortgage rates to spark a fall in property prices, meaning that another investment often seen as pretty safe is suffering a major, rapid change in value.

How has this affected other countries?

Interest rates on some US and European government debt have also jumped alongside the UK's.

And as UK firms respond to the changing market, they have dumped some of their riskier assets, creating knock-on effects.

For example, selling of collateralised loan obligations (CLOs), a term for bundles of corporate debt, jumped in the weeks after the UK announcement, the Wall Street Journal reported. That is a part of the market that some already saw as full of financial risks.

"There is a general sense of unease in financial markets because we never know where the landmines are buried," said economist Barry Eichengreen, professor at the University of California, Berkeley.

"People are worried about which insurance companies and which pension funds and which bond markets are in a delicate state at the moment and we never know for sure.

So will this become a global financial crisis?

"We are certainly at a stressed moment," said Tobias Adrian, financial counsellor at the IMF warned, noting that indicators of strain, like demand for dollars, have surged. "The only times when things were worse was in times of acute crisis." 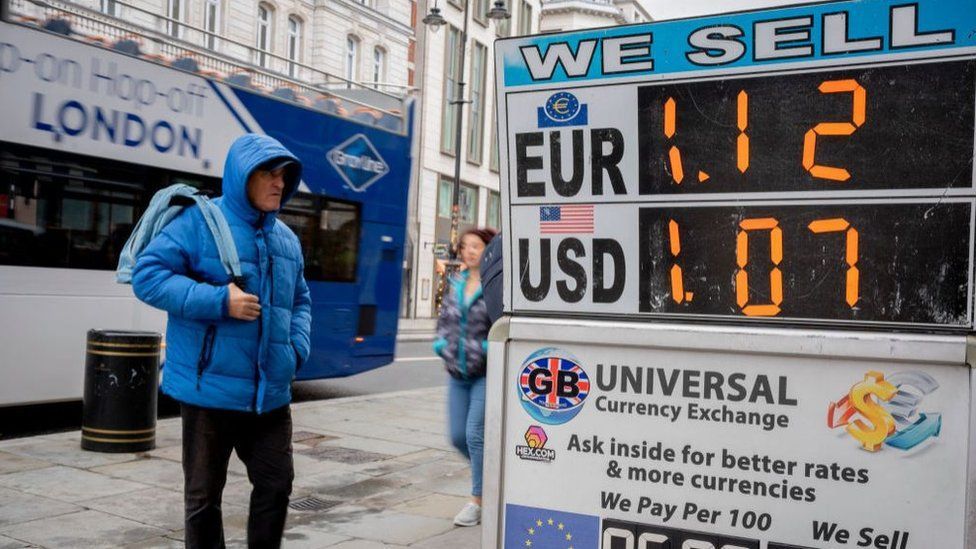 Analysts say the pound could fall below the dollar

The organisation did not forecast a major financial blow-up, noting that the traditional banking system in major economies like the US and UK has become more resilient in response to regulations imposed after the 2008 financial crisis.

But there are more vulnerabilities in emerging markets, where the Fund estimates that 29% of banks are at risk of financial problems in the event of a sudden, serious downturn.

In the US and UK, officials are also worried about unknown problems in the large "shadow banking" system - where investors develop and trade debt products largely outside the view of regulators.

As central banks around the world raise interest rates, those piles of debt may come under strain.

"When we look at the safety and soundness of the financial system... we should look at not only the banks but also the non-bank lenders," Ben Bernanke, who led the US central bank during the 2008 financial crisis, warned on Monday.

He was speaking at a press conference that was supposed to be about his winning the Nobel prize in economics, but was dominated by questions about the current economic risks.

For now, the turmoil stemming from the UK appears to be a "bump in the road," Jamie Dimon, head of US bank colossus JP Morgan said Friday.

But he warned: "There are going to be other surprises".