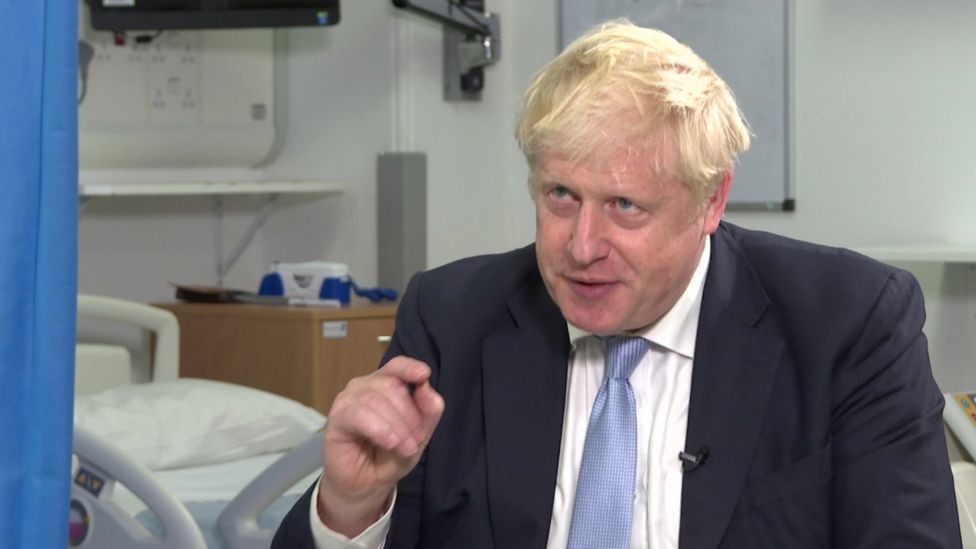 Will Boris Johnson’s plan for the NHS work?

Boris Johnson chose to visit a hospital he knows only too well to highlight the new funding package for the NHS in England.

He spent anxious days in intensive care at St Thomas' Hospital in central London in April 2020, seriously ill with Covid.

The pandemic continues to cast a long shadow over the NHS and that's because of uncertainty over how case numbers and hospital admissions will develop next year.

Hospitals have to maintain infection control measures and contingency plans to deal with any further surge in patient numbers.

And that has a bearing on how much non-urgent work they can do.

So that makes it hard to tell how much money will be needed to make inroads on the backlog of operations cancelled at the height of the pandemic.

Breaking down the figures shows that NHS England is getting an extra £6.6bn in the next financial year for day-to-day services, which falls to £3.6bn the following year and then is set at £5.6bn in the next 12 months. This is on top of the five-year settlement announced in 2018 which increased NHS funding by £20.5bn a year in real terms.

The new funding is intended to cover not only costs of reducing waiting lists but also additional spending linked to Covid.

There seems to be an underlying assumption that the overall burden on the NHS will be lighter after next year with less virus-related pressure.

Mr Johnson was visiting a training centre at St Thomas' and there were no patients being cared for so masks were not required when we sat down for an interview.

He talked of the nine million extra treatments which, in his view, the NHS could do as a result of the higher funding.

But there was no attempt to sugar the pill as he added that scale of the challenge could not be underestimated. 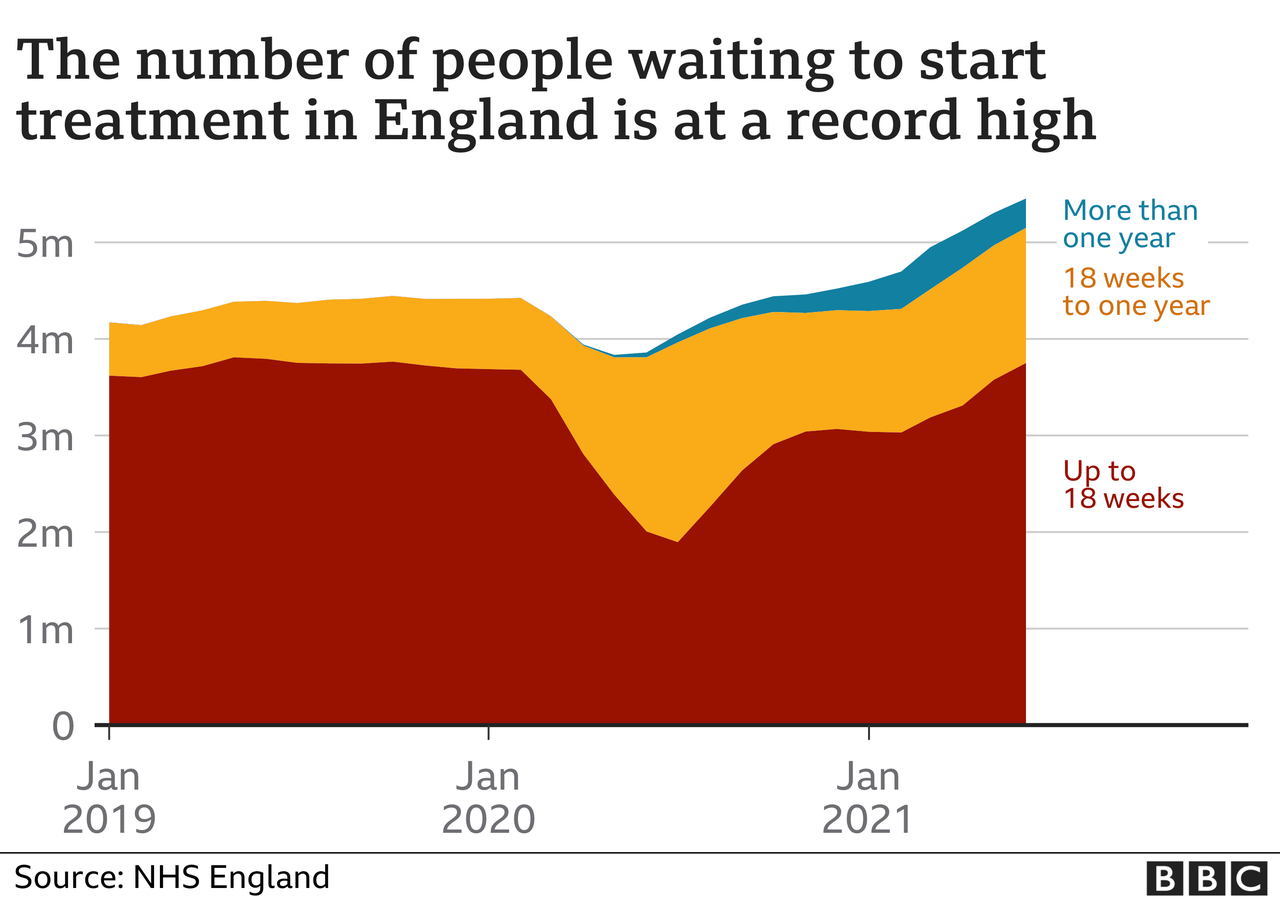 I pressed him on whether the number waiting more than a year for a routine operation, at more than 300,000, would come down significantly following the new investment.

He would not be drawn on a target either on that measure or the waiting list number.

He acknowledged that "things may well get more difficult before they get better".

Judging by the prime minister's responses there is no clear view in Downing Street what will happen to waiting lists.

He was anxious not to give a hostage to fortune by making predictions on numbers of the direction of travel.

Whitehall officials will have drawn up a range of scenarios with widely varying outcomes.

The documents accompanying the health and care announcement refer to a 30% increase in hospital activity from pre-pandemic levels, but note that this is an aim rather than a pledge.

Mr Johnson seems to be putting his faith in social care investment taking the pressure off hospitals by getting older and frail patients discharged more swiftly.

But a rapid improvement in outcomes seems highly unlikely with the new social care funding taking time to kick in.

Representatives of health service organisations are clear that what has now been promised to the NHS frontline is not sufficient to meet the demands on the service.

They had called for £10bn more in the next financial year for day-to-day running costs in England.

Matthew Taylor, chief executive of the NHS Confederation, said: "The NHS is grateful for this extra investment and it will help reduce the backlog - the problem is that its only enough to address that backlog and if the costs of Covid continue it won't be enough."

Workforce is another longer term issue which isn't fully addressed in the new policy statement.

Many staff are exhausted and, while willing to work extra hours to get through more operations and procedures, may struggle to keep up the increased workload for a sustained period.

As the Institute for Fiscal Studies has noted the NHS has historically needed more money than original plans and allocations with patient demand growing more rapidly than expected.

It is unlikely this time that there will be a departure from precedent.