"It's actually been very good but I noticed a series of outages - some a second, some longer," says Prof Alan Woodward. 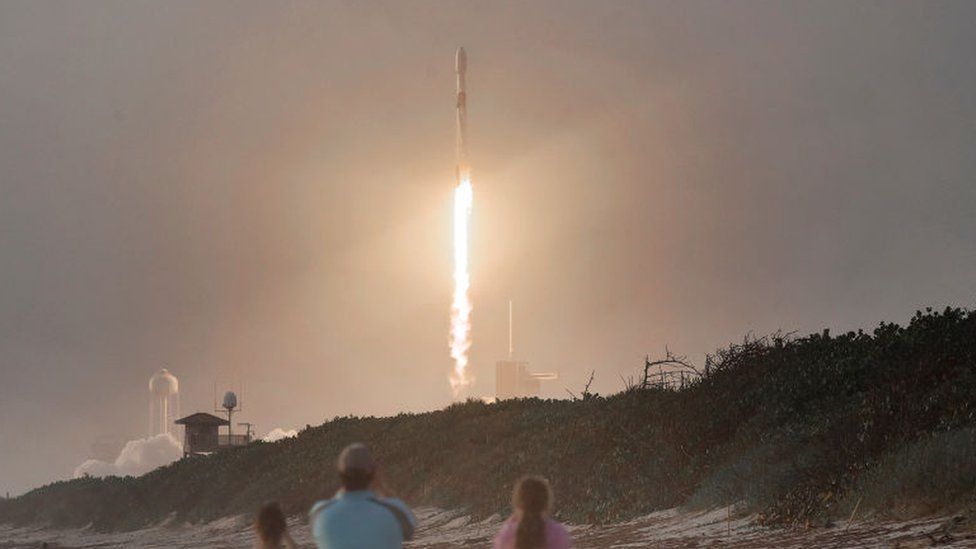 The outages, he thinks, may be caused by a lot of "pesky pigeons", which "have taken a fancy to sitting on the dish".

That small grey dish sits on the kitchen roof. To the curious pigeon, it might conceivably look like a modern bird bath rather short on water. 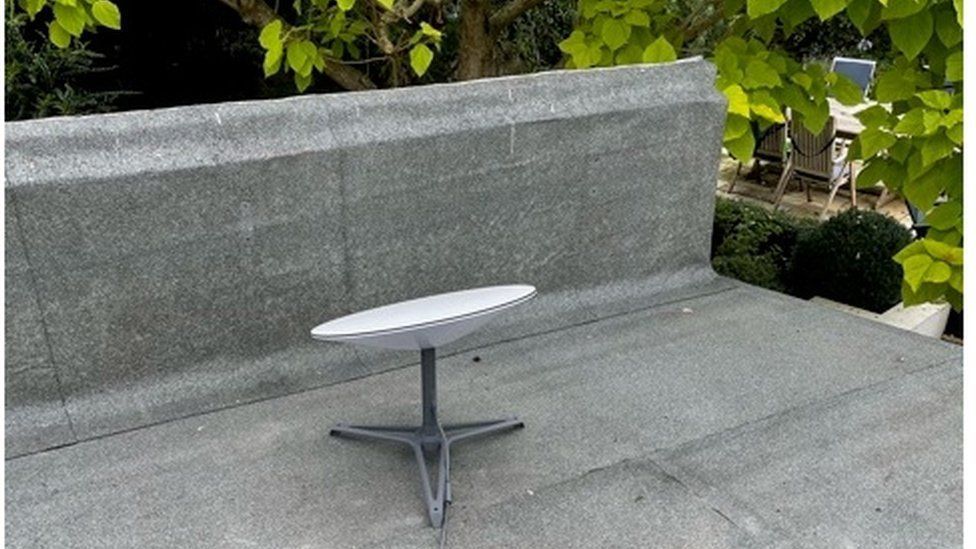 It is one earthbound end of the Starlink satellite internet system.

Living in a place where he "can only dream" of a fibre broadband connection, Prof Woodward says he's pleased to be one of the beta testers of the low Earth orbit (LEO) satellite broadband system,

Mr Musk recently announced that he has shipped 100,000 of the terminals.

The little dish receives and sends signals to passing satellites, part of a constellation of 1,700 which are hurtling overhead at a height of about 340 miles (550km). They travel fast enough to orbit the Earth every 90 minutes or so.

Tens of thousands more are planned, but Gwynne Shotwell, president of aerospace company SpaceX which operates Starlink, has admitted new launches are being affected by shortages of chips and liquid oxygen fuel.

Prof Woodward is still investigating the root cause of the glitches, though an expert told the BBC a "pigeon sitting on a Starlink antenna would certainly degrade its performance".

Pigeons have not been the only problem, however, as this week, a major outage hit Starlink users around the world. The connection, Prof Woodward said, "just completely disappeared".

The service, still officially in beta, seems to have been down for about an hour for many users - and Starlink has not explained why. 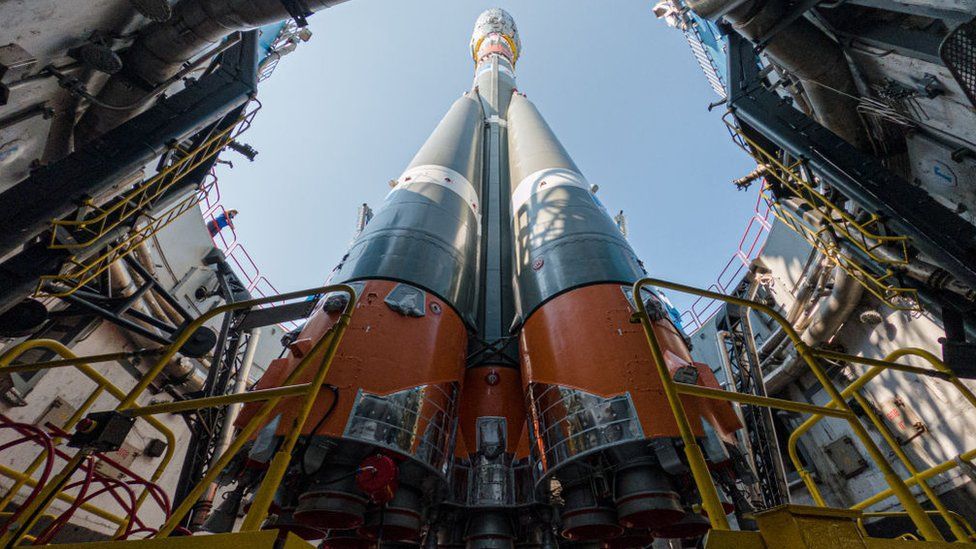 Starlink is one of a number of firms hoping to provide satellite internet services.

*  Amazon's Project Kuiper plans to launch a constellation of 3,236 satellites
*  Telesat, a Canadian company, says it will put 298 satellites in orbit
*  The EU has plans for a mega-constellation
*  China has also announced plans for its own network

And then there's OneWeb, part-owned by the UK taxpayer, which, like Starlink, already has hardware in space.

The firm launched 34 satellites this week, meaning there are now 288 of the 150kg objects in space.

OneWeb's focus is on providing internet to businesses, maritime users and government. However, a deal with BT means it will probably also supply consumer broadband to rural areas, including portable 5G cells which customers could hire "on demand".

Many people in remote areas may end up receiving broadband via satellite, whether or not they realise it.

"The technology may be invisible to the end user," says Mike Thompson, director for technical development for consultants Access Partnership.

"The provider may run a satellite link in a town where fibre is unavailable, for example, and use it to feed the local broadband pipe."

All of this comes at a cost.

"The price is on the high side. It's about £500 to get the equipment as a beta tester, and then £89 per month," Prof Woodward tells me.

The pain of buying new tech only to see the price fall and new versions emerge will be a familiar one to many early adopters.

Ms Shotwell revealed this week that by the end of the year, new dish models would be half the price.

However, at least Prof Woodward has found Starlink easy to use.

"I popped it on the kitchen roof primarily because it was the only flat roof and easy to get to. Starlink provide an app that shows if there are obstructions so you can choose the best spot, which saved hours of fiddling around."

After connecting it to the router, he said, the dish "juggled around for a minute or so. Then I had fast internet".

The speeds are averaging about 150-200 megabits per second (Mbps) download speeds and 10-20Mbps upload. There were short dropouts, but nothing that would have interrupted, for example, streaming television, Prof Woodward said.

"That knocks anything else I can obtain here into a cocked hat," he said. 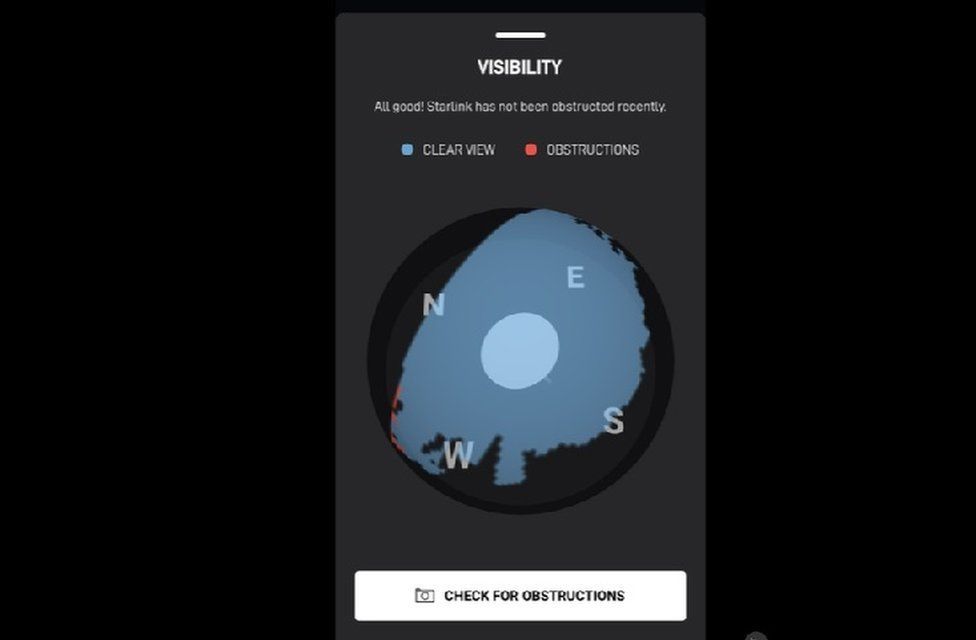 An app helps find the best place for the dish

In February, Mr Musk tweeted that Starlink hoped to double its offered top speeds to 300Mbps.

But the kind of service that users will experience via LEO satellites will depend on many factors.

One, experts say, will be how many other dishes are nearby. Starlink currently limits the number of users per coverage area.

Prof Michael Fitch, from the University of Surrey says not very many users can have the top speed at the same time in a given area.

"The average bit-rate that individual users experience will reduce as the number of nearby users increases, since the system has a finite capacity that it can provide over any given area"

The amount of reduction will depend on a number of things including "how well the system can move capacity from one area to another", he says.

Regulator Ofcom recently raised concerns about interference between satellite systems potentially causing dropouts, but Prof Fitch says it is "unlikely to be serious".

Others take a different view.

"In general, a slow but reliable internet connection is more useful than a fast but intermittent one," says Mr Thompson. "Interactive applications (like video conferencing) require a continuous connection." 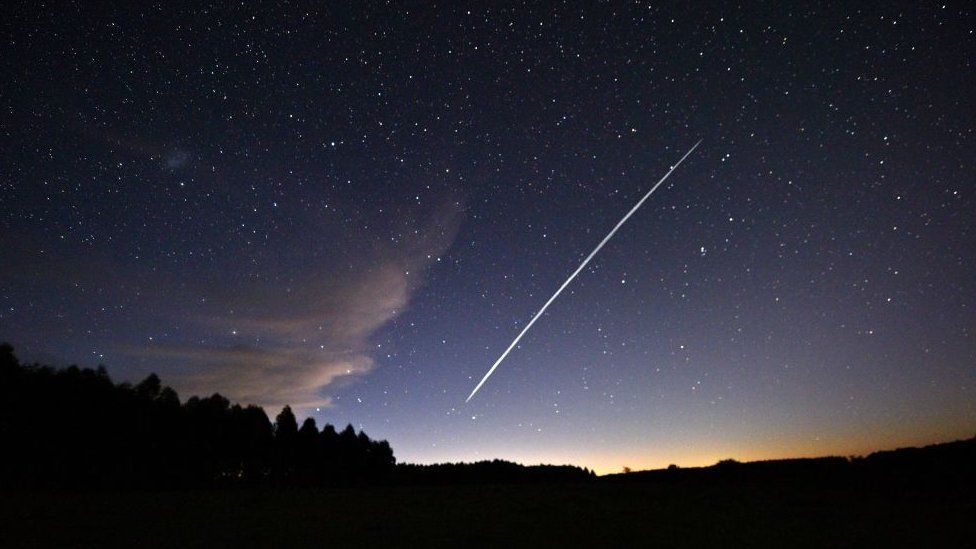 LEO is an increasingly busy place, and astronomers have already complained about the trails of satellites spoiling their observations.

But others worry about collisions.

"We are already beginning to see a large number of near misses in orbit involving Starlink," says Prof Hugh Lewis of University of Southampton,

He warns that stopping collisions between so many satellite constellations "may soon go beyond what humans or simple algorithms can safely manage".

He says more advanced technological solutions may be needed to keep spacecraft safe.

How many satellites end up orbiting earth will in part depend on demand for their broadband services.

For Prof Woodward, Starlink was an expensive but pleasantly surprising new purchase.

After a couple of days of use, he said: "I was dubious about how good it would be considering it's receiving signals from objects hurtling past you in low earth orbit.

"But the whole experience has left me feeling optimistic."

Whether he will continue to feel that way may depend on how the technology develops, and of course pigeons.