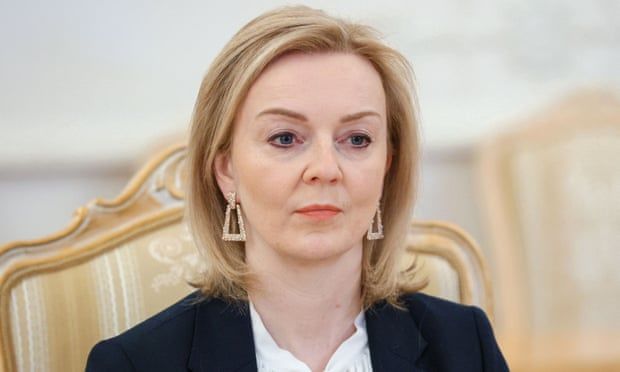 Why does the UK seem so slow at acting against Putin’s oligarchs?

Analysis: from legal threats to a lack of resources, there are many reasons why Britain may be dragging its heels

The world has watched as France and Germany have seized superyachts to prevent their oligarch owners evading sanctions imposed after the invasion of Ukraine. Yet – to the bemusement of allies – in Britain it is still legal for many Kremlin-linked businessmen to sell their assets.

MPs from the Labour leader, Keir Starmer, to Conservative party backbenchers lined up on Wednesday to ask Boris Johnson why the government has not yet personally targeted many of the individuals who have grown rich under Vladimir Putin.

In private, EU governments are also trying to work out why the UK has been slow to act, and Frans Timmermans, the European Commission’s first vice-president on Thursday hinted at the frustrations in public.

Johnson has promised to publish a list of people in Britain deemed to have links with Putin’s regime, while the cabinet minister Michael Gove is reported to be in favour of seizing homes and offering them as housing to Ukrainian refugees.

On Thursday evening the UK Foreign Office announced sanctions against Alisher Usmanov, the billionaire formerly linked to British football clubs, and Igor Shuvalov, a former deputy prime minister of Russia. Both have been linked to expensive properties in London.

Yet signs of any further concrete action against the oligarchs are limited. What are the reasons why the government may be dragging its feet?

There is a persistent sense among anti-corruption experts that exposing dirty money flowing through the UK – and particularly through London – is not a high political priority.

“Even without the invasion, with Russia I think this government has been caught on the back foot,” said Tom Keatinge, a financial crime expert at the thinktank Rusi. “I just think it is something the prime minister has not ever thought he needed to focus on.”

Whitehall sources stress there is now significant political will to change the UK’s status as a haven for oligarchs – including internal pressure from senior cabinet ministers.

But the Conservative party will also be mindful of how it has benefited from Russian largesse – most recently £80,000 from Lubov Chernukhin, the wife of a former Putin minister. Chernukhin has denounced the invasion. The Conservative party chair, Ben Elliot, runs a luxury concierge service whose marketing has offered to help Russians buy property in London and find elite private schools.

Sanctions are a powerful weapon, but oligarchs can challenge them with expensive lawyers – at least, from those solicitors who can stomach reputational damage.

Meanwhile, billionaire oligarchs have a huge incentive to spend whatever necessary to have sanctions removed. “There’s not equality of arms,” said Bill Browder, a US financier turned anti-corruption campaigner. He describes UK law enforcement as risk averse.

“In my experience over the last 10 years I’ve seen that the UK law enforcement capabilities when it comes to economic crime are at the bottom of the league table in this part of the world,” he said.

The government has brought in “unexplained wealth orders” to force suspects to explain their wealth or else face confiscation, but has so far only used them against four people. One attempt ended in failure, with a court in 2020 rejecting an order against relatives of a former president of Kazakhstan.

Lack of skills and resources

Liz Truss, the foreign secretary, said on Monday that the UK has a “hitlist” of oligarchs, and that the Foreign Office had hired extra lawyers and tripled the number of people in the sanctions department.

But there is widespread internal frustration that preparatory work for legal cases against a number of individuals has only just now begun, after months of warning about a Russian invasion.

Labour’s foreign affairs spokesperson, David Lammy, said the small number of sanctioned oligarchs was “totally unacceptable” a week after Russia’s invasion started. “Ministers had months to prepare for this eventuality, with the full support of parliament,” he said.

The Russian invasion has been the first new test of the sanctions regime since the UK left the EU. There is some evidence that the evidentiary standard the UK was applying was slightly higher than the EU.

Government sources have blamed additional barriers brought in after a proposed amendment to sanctions law in 2018, by crossbench peer Lord Pannick, which they claim added an additional evidence burden.

It meant ministers had to apply a proportionality test and give individuals reasons why they had had sanctions placed on them. But Pannick told the Guardian there was little material difference with the EU regime, a view shared by other legal experts.

The UK seems to be taking a more cautious legal approach regardless, which one Whitehall source put down to the newness of the system.

Jasper Helder, a sanctions expert at Akin Gump, a US law firm, said: “The FCDO, they want to be careful that they have the appropriate evidence to support the correct application of designation authority.”

Labour MP Dame Margaret Hodge, who has campaigned for tougher corruption laws, linked the slow action on sanctioning oligarchs to the UK allowing itself to “become a jurisdiction of choice for kleptocrats”.

Hodge said she believed that the government had been swayed against tougher action by the City, anxious to avoid extra costs and, in some cases, lost business. Parts of the financial services sector are “not just colluding with but facilitating dirty money”, Hodge said.

The broader services sector has also come under scrutiny. Henry Pryor, a buying agent and property expert, said: “We have historically made it too easy for people to own property without stepping into the sunshine.”