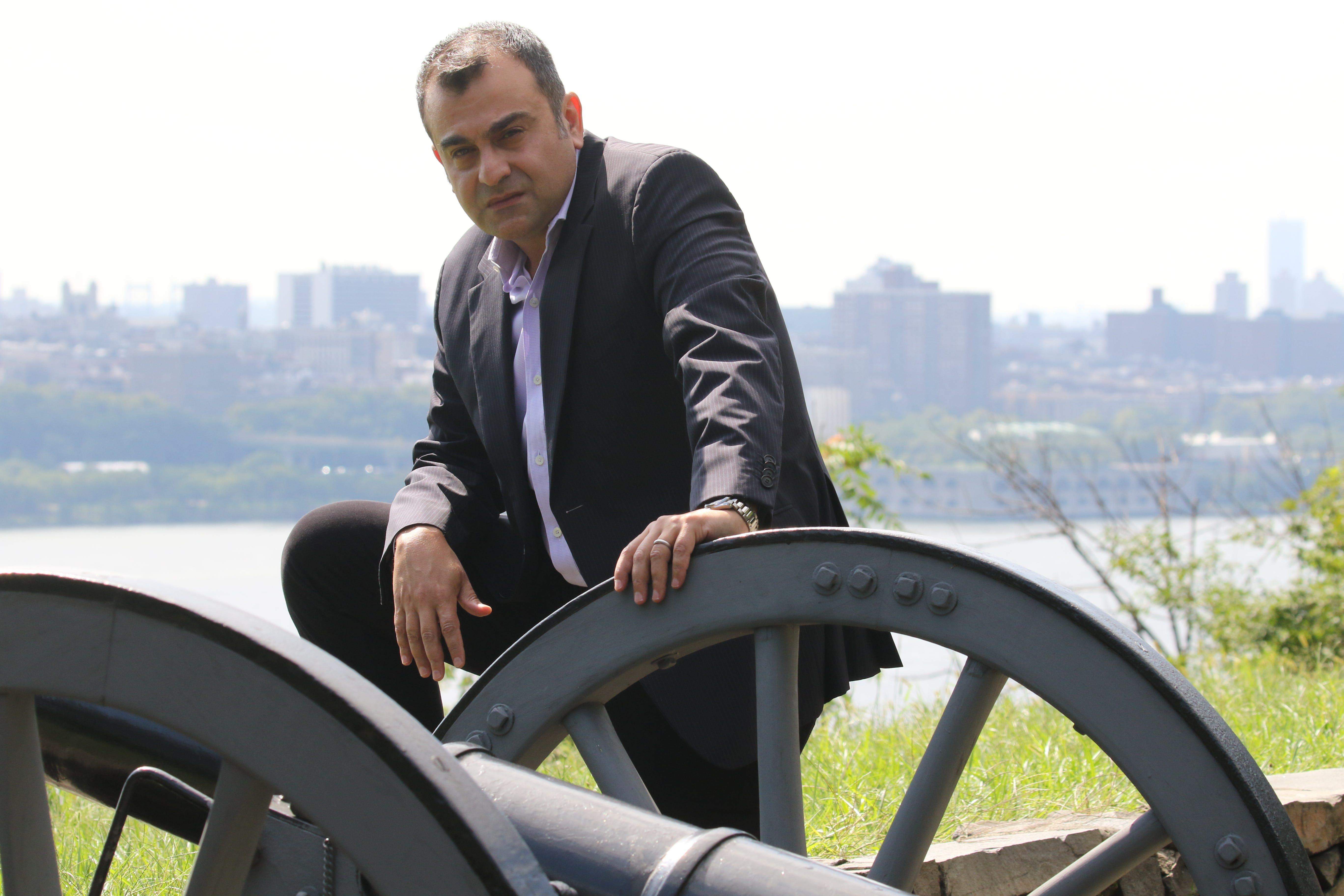 Why are Saudis behind a campaign to target an FBI hero of the 9/11 investigation?

This should be a week for former FBI Special Agent Ali Soufan to celebrate the new edition of his book on global terrorism. Instead, Soufan worries that some of the same terrorists he chased around the world for years are now trying to kill him.
This is a story that touches on the terrorist attacks of Sept. 11, 2001 - and Soufan’s role investigating them, documented in the 2006 Pulitzer Prize-winning book “The Looming Tower”; in a Hulu TV series under that same title; and in the 2019 movie “The Report.” It is also a story that touches on one of the most sensitive 9/11-related mysteries: Did Saudi Arabia help the team of radical Islamist terrorists who carried out those attacks?

The question of Saudi Arabia’s link to 9/11 is now the centerpiece of a massive, slow-moving federal lawsuit in New York City by thousands of victims of the attacks and their relatives.

U.S. intelligence experts recently visited Soufan, who lives in the New York area, to warn him that he had been targeted by the al-Qaida terror group, which carried out the hijackings of four U.S. commercial jetliners on Sept. 11, 2001, and crashed them into the World Trade Center in lower Manhattan, the Pentagon in Northern Virginia and a farm field in Pennsylvania. Soufan then launched his own inquiry with his Manhattan-based private security firm that he founded after leaving the FBI in 2005.

Soufan, who was born in Lebanon but grew up near Philadelphia and earned a graduate degree from Villanova University before joining the FBI, was not surprised by the threats against him. As one of the FBI’s few Arabic-speaking agents during the harrowing months after the 9/11 attacks, he became a frequent target of Islamist terrorists.

But besides the warnings from U.S. intelligence experts - first reported on the New Yorker magazine’s website - Soufan learned that he is being targeted by a mysterious group of Saudi operatives who are circulating false claims that he is trying to link the Saudi Arabian government to the 9/11 attacks and thereby indirectly help the 9/11 victims and their relatives in their lawsuit.

In a series of interviews, Soufan pointed out that some of these operatives targeted Saudi dissident and journalist Jamal Khashoggi before he was killed in Turkey in 2018 by a team of Saudi intelligence operatives.

“Sunlight is the best disinfector,” Soufan said, explaining his decision to come forward and speak about the threats against him.

A year before his death, Khashoggi, who wrote for the Washington Post and lived in Northern Virginia, met with a representative of the 9/11 families who are suing the Saudi government.

It’s not clear whether that meeting, first reported by this columnist, contributed to Khashoggi’s death. But lawyers for the 9/11 victims and relatives raised that very concern during a hearing this year in federal court in New York City. At the hearing, lawyers for the victims and families dropped another bombshell: that some of their potential witnesses have been threatened by the Saudis.

Now Soufan, who was friendly with Khahoggi and organized a memorial for him in Washington, D.C., after his death, says he has more evidence. Investigators for Soufan’s security firm tracked the threats against him on social media and found that some of the same Saudi-connected operatives who targeted Khashoggi are now targeting Soufan.

As part of his interviews, Soufan - who is still considered a near-mythic figure within the tight circle of FBI counterterror agents who investigated the 9/11 plot that was hatched by al-Qaida leader Osama bin Laden - shared dozens of messages on Twitter from Saudi-linked operatives who appear to be singling him out for vengeance.

The Saudi government did not respond to requests for comment. The CIA also did not answer a request for comment. The FBI, through a spokeswoman, said it does not comment about its investigations or threats against its agents.

James Kreindler, who leads a team of attorneys representing the 9/11 victims and relatives in their lawsuit against the Saudi government, said he became deeply worried after hearing that Soufan had been threatened. He cited the killing of Khashoggi, alleged threats against potential witnesses for his case - and “now Soufan.”

“What’s the common connection?” Kreindler said. “There aren’t a whole lot of people with knowledge that can hurt the Saudis. You have intimidation in one form or another. So it’s a real concern.”

Soufan, 49, who lives in the New York area with his wife and three adolescent sons, agreed to be interviewed only if his hometown and explicit details about his family were not disclosed.

He denied that he has played any direct role in helping the 9/11 victims and their relatives in their lawsuit, which could cost the Saudi Arabian government billions of dollars in payments if it loses. But Soufan nonetheless wants his story public - especially the part linking threats against Khashoggi and himself.

“I have to take precautions,” Soufan said. “I have to be very careful.”

Soufan’s FBI investigation of al-Qaida took him to the hills of Afghanistan. He also investigated the bombings by al-Qaida in Kenya and Tanzania in 1999, as well as the suicide attack in October 2000 in Yemen on the USS Cole, a Navy guided missile destroyer that had stopped for refueling.

As part of an FBI team looking at the 9/11 attacks, Soufan’s colleagues based in New York and New Jersey later tracked some of the 19 hijackers - 15 of whom were Saudi citizens - to motels, car dealerships, banks and mail drops in North Jersey.

One motel on Route 46 in South Hackensack - the Congress Inn - served as a hiding spot for two of the most notorious hijackers, Khalid al-Mihdhar and Nawaf al-Hazmi, in the weeks leading up to the 9/11 attacks. The hijackers’ ringleader, Mohamed Atta, also lived for a time at the King’s Inn on Route 23 in Wayne.

Although the FBI was able to piece together many details of the 9/11 plot, significant questions still remain all these years later about whether a string of Saudi officials in the U.S. at the time of the attacks helped the hijackers find lodging and even arranged for them to take flying lessons.

Besides tracking bin Laden’s operation, Soufan became known - and praised - for declining to use torture while interrogating al-Qaida suspects after the 9/11 attacks.

In 2009, Soufan testified before the Senate Judiciary Committee that the CIA’s use of waterboarding to torture al-Qaida suspects did not produce helpful information. The new edition of Soufan’s book, “The Black Banner: The Inside Story of 9/11 and the War Against al-Qaeda,” now includes previously classified information about the CIA’s torture program.

In recent months, American lawyers hired by the Saudi government have launched a series of legal attacks to stop the lawsuit by 9/11 victims and families. At the same time, the Trump administration, led by Attorney General William Barr, has blocked numerous efforts by those victims and families to gain access to still-secret FBI files that they believe would shed light on the Saudi links to 9/11.

Soufan said he did not participate in the FBI’s investigation of the Saudi connection to 9/11. His main effort, he said, was Osama bin Laden’s al-Qaida network, centered in Afghanistan. But Soufan now says he finds the behavior by the Saudi government - and the threats to his life by Saudi-connected operatives - to be extraordinarily suspicious.

In a Twitter message on June 8, a Saudi-linked operative suggested, falsely, that Soufan was “the official in charge of the September investigation” who “tortured” a terrorist suspect - another falsehood. In what is considered a cryptic threat, the Twitter message went on to say that “you can find” Soufan’s office “next to the office of the Taliban at the Four Seasons.”

Soufan says such menacing statements, while worrisome, underscore what he sees as a sense of desperation by the Saudis and their henchmen.

“Sometimes the cover-up for the crime is worse than the crime itself,” Soufan added. “This is one of the things that fits them perfectly. The are acting guilty — like the guilty would act.”

Hearing that his life has been threatened forced Soufan to take precautions. He is careful not to disclose his movements or his schedule.

“When you have the U.S. government telling you that al-Qaida wants to kill you and you see a Saudi campaign basically asking for your death, you take it seriously,” Soufan said. “We lived through 9/11. It’s irresponsible to think that these might not be connected.”

Nonetheless, Soufan said he would not remain quiet - or back away from future terrorist investigations.

“We’re going to continue,” he said. “The moment you start changing what you’re doing is the moment that they win. I don’t like to lose.”
Add Comment