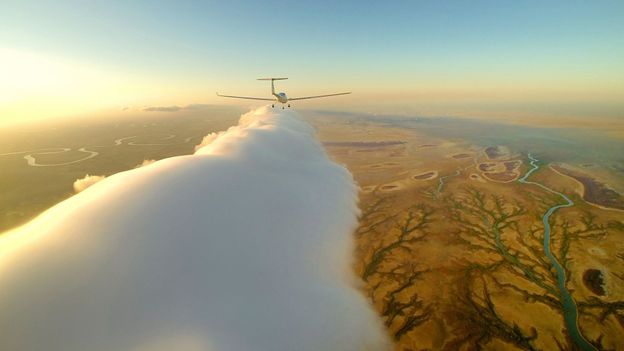 Around September or October each year, Burketown in outback Australia becomes the scene for a remarkable and rare natural phenomenon: the Morning Glory.

At the end of a very long road in Australia's far north, on a remote stretch of coastline along the isolated southern shore of the Gulf of Carpentaria, is Burketown (population 238). Caught between savannah and sea, beneath a big outback sky, the town is not on the road to anywhere: if you're in Burketown, you either took a wrong turn, or you really wanted to be here.

This is a land of climate extremes. Droughts scour the inland in the Dry (as the locals call the dry season), which runs from May to September or October. Sometime in October, perhaps November, the rains arrive. These are not light showers. Rain comes down in torrential sheets. Before the road here was paved, Burketown could be cut off for weeks. Even now, a big Wet can cause flooding that submerges an area the size of a small European country.

At the tail-end of the Dry, just before the transition into the Wet, Burketown becomes the scene for one of the most remarkable natural phenomena in Australia: the Morning Glory, an immense and rare formation of tube-shaped clouds that has long drawn curious crowds and dedicated storm chasers.

Forming out over the tropical seas of the Gulf at a point where two wind systems collide, the Morning Glory takes shape at night when onshore air cools and slips beneath layers of warm air. The result is a turbulent formation of cylindrical roll or wave clouds in fronts hundreds of kilometres long. Although this dramatic and photogenic weather event occasionally occurs elsewhere in the world, including the Gulf of Mexico, Burketown is the only place on Earth where it happens on a regular basis, thanks to a unique mix of geography and local climate systems.

When the Morning Glory appears, it's an astonishing, almost apocalyptic vision that well reflects the power of this remarkable weather system. "The Morning Glory moves so much air that it can even be picked up on a seismograph," said Ernie Camp, lifelong resident and mayor of Burketown for the past decade. 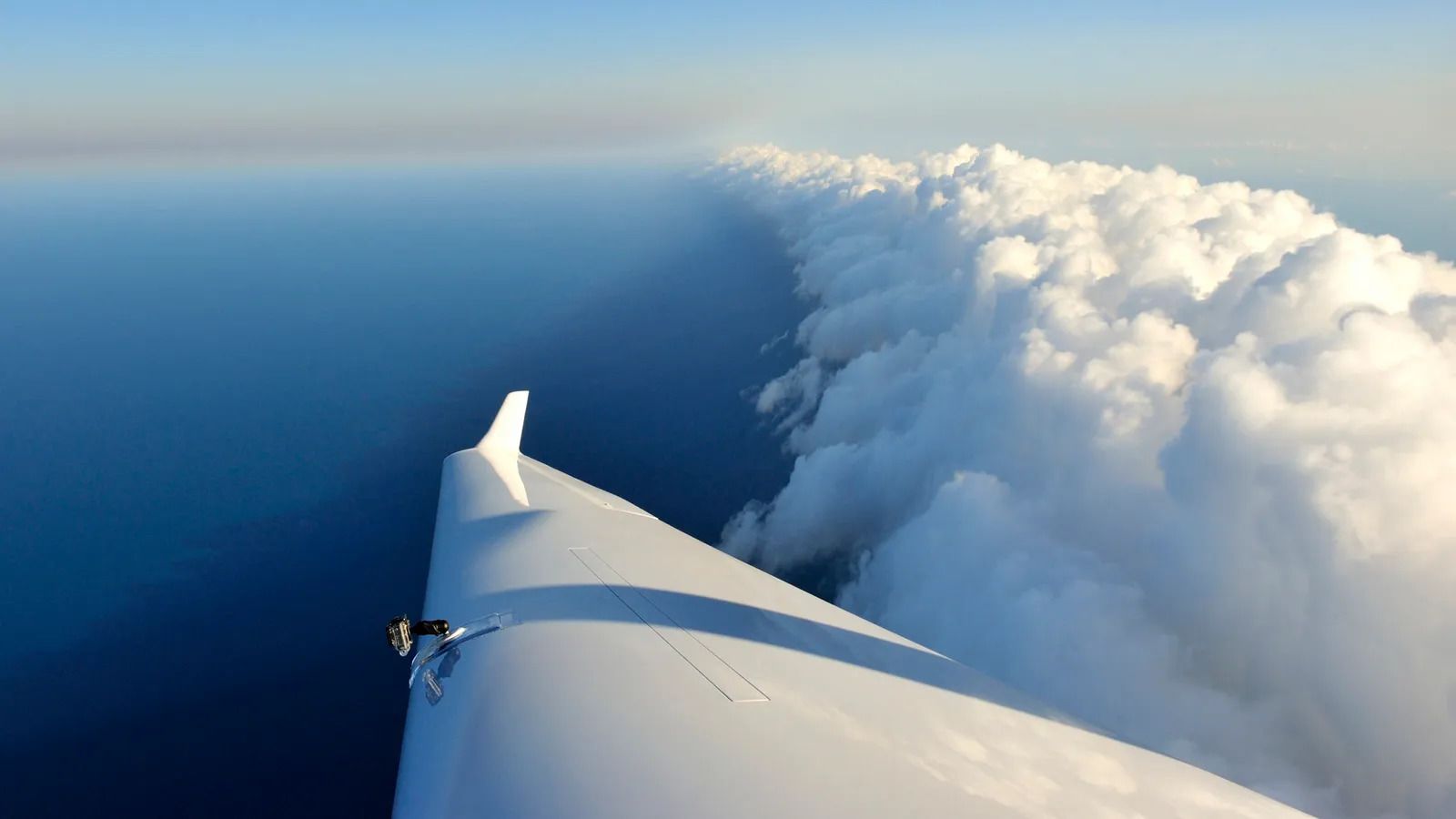 Every year, from around mid-September, gliders arrive from across Australia hoping to "surf" the Morning Glory

The Morning Glory signifies power of a very different kind for the local Gangalidda indigenous people. To the Gangalidda, Walalu, the Rainbow Serpent, creates each Morning Glory – or kangólgi, as they call it. According to tradition, the Gangalidda ancestors ride along on the cloud to watch over their people and their land. For the modern Gangalidda, this is a good omen of the highest order.

Other than for those closely studying meteorological charts, the first hint that a Morning Glory is on the way may be in the town's pub: when condensation forms on the beer glasses in the evening, there's a good chance a Morning Glory will arrive the following dawn.

Amanda Wilkinson, owner of Burketown's Savannah Lodge and town resident for 30 years, uses a different early warning system: "In the evening, you notice a nice sea breeze. Then, if you walk outside in the morning and it's very dewy on the grass and on the railings and on your car, you'd straight away look out to the north-west to see if there was something on the horizon."

It used to be easier to predict, said Camp. "Before there was easy access to electricity and air-conditioning, everybody knew it was coming. If you were suffering in the heat all night, you'd have your windows open, and you'd feel the cool air. It usually comes through between 04:00 and 07:00, and it was just glorious to have that drop in temperature. We're less likely to notice it now because we're in comfort inside our houses with the air-con running."

When the Morning Glory rolls in, your first sight is unlike anything you've ever seen before. "It's quite an eerie sensation as the wind picks up and the temperature drops," said Wilkinson. "And then it's amazing. You get some that are whoppers, with smooth, cylindrical clouds, others with fluffy bits at the top. When you get a nice big one, it's absolutely unbelievable." When it passes over the town, she added, you feel like you can almost reach up and touch it.

It's up there with the Northern Lights. You never quite know when it's going to show up, and it's different every time

Even those who have seen it often, never tire of the experience. "It's up there with the Northern Lights," said Michelle Zimmerman, a repeat visitor to the town. "You never quite know when it's going to show up, and it's different every time. The only thing for sure is that it will take your breath away." 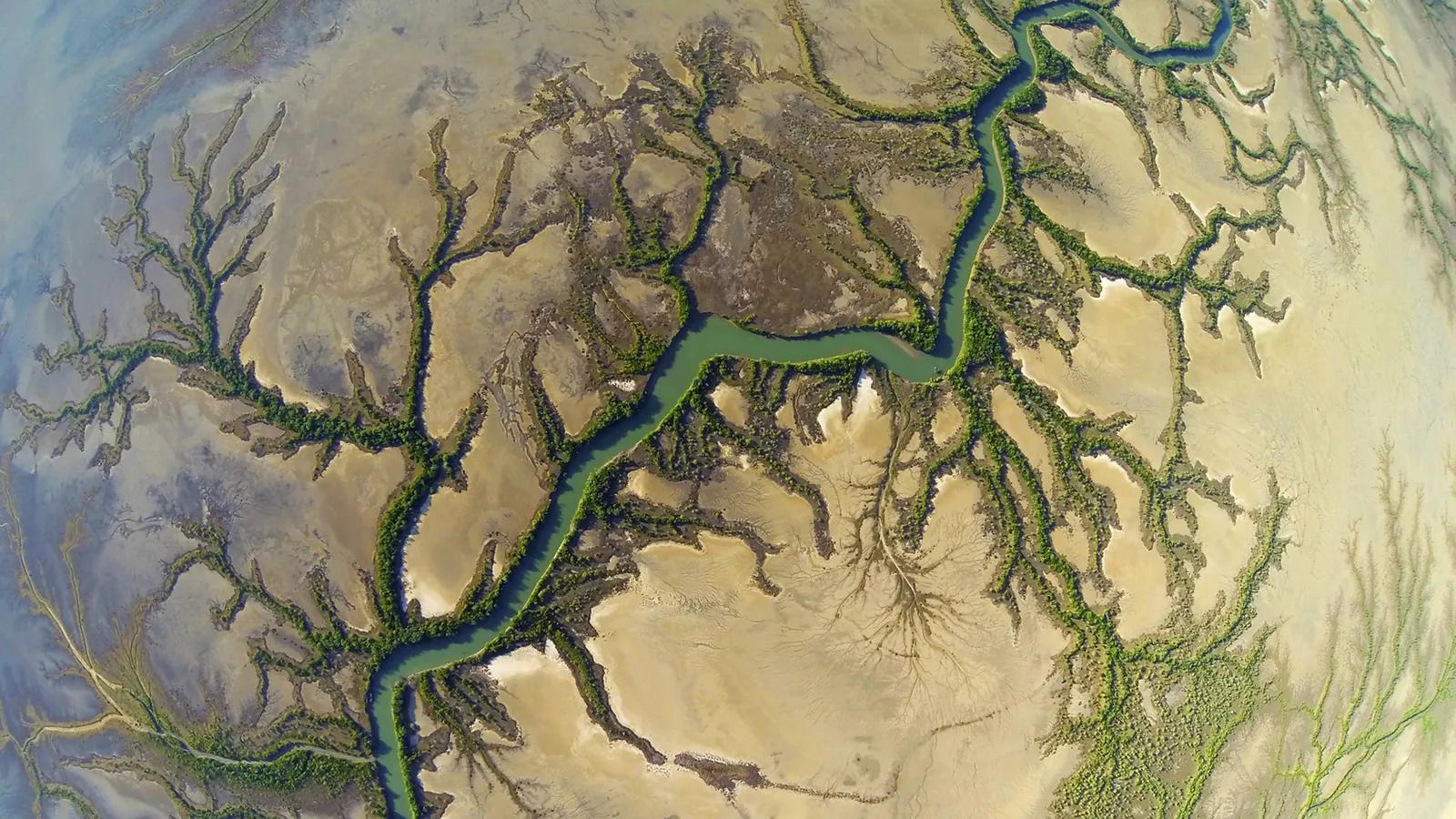 "You never become blasé," Camp added. "It's like watching the breakers roll in."

The surfing analogy is apt. As spectacular as the Morning Glory is from land, it's the experience of seeing it from the air that has caused its fame to spread far and wide. After a pair of gliders chanced upon the phenomenon in the late 1980s, the Morning Glory has become the Holy Grail for gliders in Australia. Every year, from around mid-September, gliders arrive from across the country hoping to "surf" the Morning Glory, as the long, wave-like formations and relatively predictable air movement along the cloud front make for ideal conditions.

As with all unpredictable weather events, no-one really knows when the Morning Glory will appear. Prior to the pandemic, Burketown hosted a Morning Glory Festival in September. "During one of the more recent festivals, we had a week of festivities, and not one Morning Glory turned up," said Camp. "The festival finished on a Sunday, and on the Monday morning a Morning Glory rolled in."

When conditions suggest that a Morning Glory has formed out to sea, the gliders take to the air. Most use touring motor gliders with a 100-horsepower engine, which they then switch off when in position. Garrett Russell, from Caboolture Gliding Club, more than 2,000km from Burketown, has twice been here to "surf" the Morning Glory, gliding the rising, warmer air along the front of the cloud, much as a surfer does along an actual wave. He even made a film about it called The Tsunami in the Sky. On his last morning in town, he got lucky.

"We were over the savannah and looking at the front of this cloud coming at us. We were perhaps 3,000ft above the Earth, but it felt like nothing. We turned the engine off and we flew in silence towards this thing, and I felt like a shrimp being sucked into the lips of a whale. We were going down and down, and then suddenly we were going up. We got the lift and turned left and surfed along the face of that wave. That was the most exciting thing I've ever done in a glider. We did seven waves." 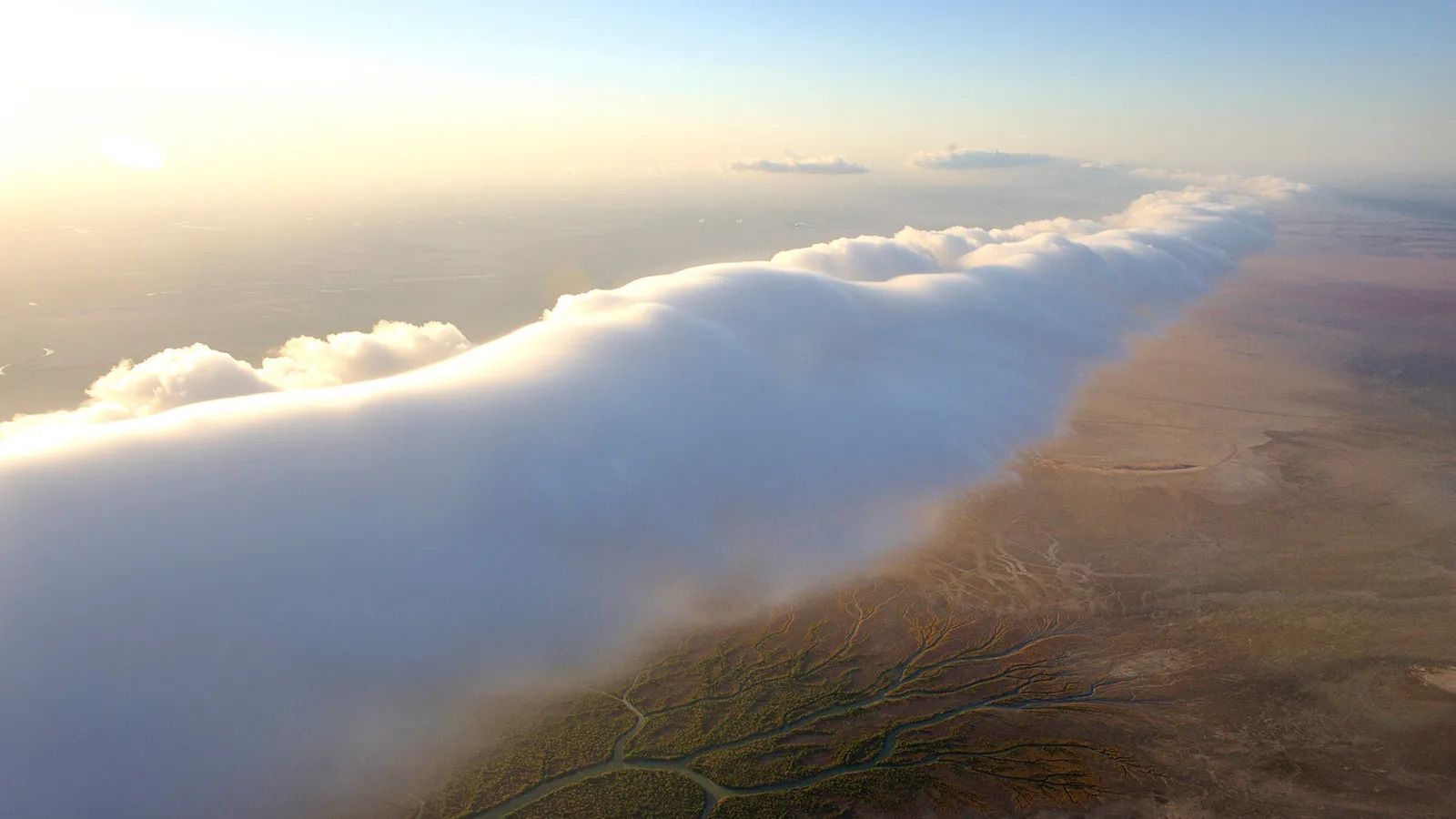 Formed by the collision of two wind systems, the cloud formation can be hundreds of kilometres long

Experienced gliders surf the Morning Glory for hours, kept aloft by rising air along the front of the vast cylinder of cloud, sometimes travelling at more than 100km/h. Some fly so close that they dip their wing tip into the cloud, like a surfer reaching out with their hand to gently touch the wave.

"You just feel very small," said Russell, "and you feel the true majesty of nature."

But as exclusive as their club is, the gliders don't have to say anything to locals like mayor Ernie Camp. "They don't have to tell us how good it is," Camp said. "They just keep coming back."