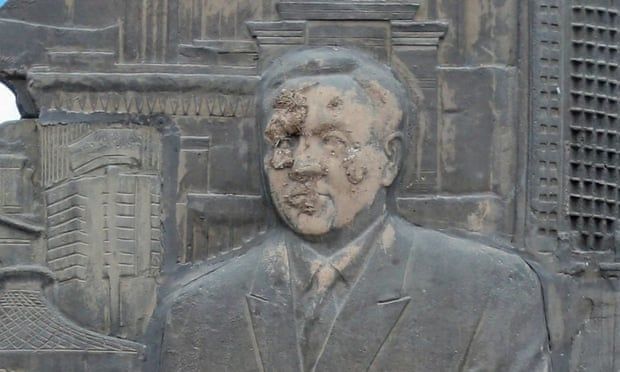 Analysis: All-encompassing status that took 30 years to build appears to have crumbled in just of a few days

It is a question being asked with increasing urgency by intelligence services, multinational companies and most citizens of Kazakhstan: where is Nursultan Nazarbayev?

Kazakhstan’s leader from 1991 until 2019, Nazarbayev has long been the arbiter of all business and political decisions in the central Asian nation, and the purveyor of an all-encompassing personality cult. In 2019, he handpicked a successor, Kassym-Jomart Tokayev, while retaining power behind the scenes. The capital city, along with its airport and main university were all renamed after him.

But since the worst unrest since independence broke out earlier this month, Nazarbayev has been silent and absent from public view. Official figures say 225 people died in the unrest and subsequent crackdown. Meanwhile, the man who personified Kazakhstan for so long has simply disappeared.

Some said he was hiding out on the shores of Lake Geneva. Others suspected he had fled to Dubai. A few whispered conspiratorially that he may be dead. In fact, according to a number of sources, he remains in Kazakhstan, probably in the capital, Nur-Sultan, the city that bears his name.

“My best information as of today is that Nazarbayev is alive, and furious negotiations are under way with Tokayev about the redistribution of assets, spoils and rents,” said a former western government official who is well connected in Kazakhstan.

Tokayev, once a loyalist, has used the crackdown to strip power from his former benefactor and members of Nazarbayev’s family, some of whom are accused of using the protest mood in the country to unseat Tokayev and seize power.

“The power struggle continues. There is no guarantee things will end smoothly,” the former western official said. 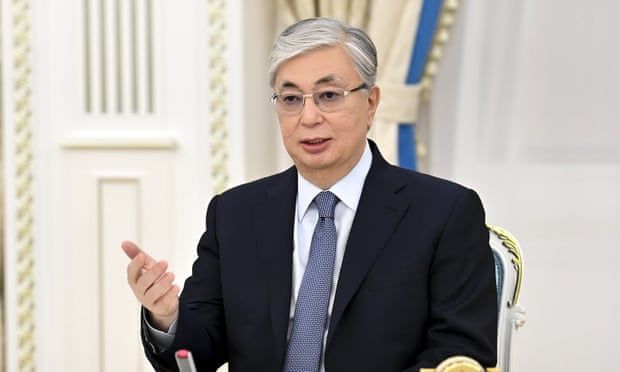 Kassym-Jomart Tokayev has used the crackdown on the unrest to strip power from his former benefactor.

One source, claiming direct knowledge, insisted Nazarbayev is in China, but Yermukhamet Yertysbayev, a former minister and Nazarbayev adviser, said he believed his former boss was still in ~Kazakhstan. “Negotiations are ongoing, but it is clear the Nazarbayev era is over,” said Yertysbayev, adding that he blamed the recent violence on “reactionary and conservative forces from the Nazarbayev clan”.

While Tokayev has not criticised the former leader by name, there are signs that the personality cult is over. A statue toppled during the riots has not been repaired; street signs for Nazarbayev Avenue that were pulled down in Almaty, the country’s largest city, have not been reaffixed.

Authorities have arrested the former head of the security services, the Nazarbayev loyalist Karim Masimov, on charges of attempting to seize power. On Saturday, it was announced that two of Nazarbayev’s sons-in-law had been fired from their positions in key state companies. Other relatives are known to have fled the country.

Many in the elite were now rushing to declare their loyalty to Tokayev, said one well-connected business source, adding that any purge would hopefully be limited to those in Nazarbayev’s family and inner circle. “Tokayev is a sensible guy and he knows how important the image of the country is. He will act smoothly and carefully. He will not spray bullets with a machine gun, he will pick people off accurately with a sniper rifle.”

After the 2019 transition, it seemed Nazarbayev’s official status as “Leader of the Nation”, and his role as head of the powerful security council, meant his safety and revered status were guaranteed. Instead, the image that took 30 years to build has crumbled in the space of a few days.

“Many people are moving from the Nazarbayev camp to the side of President Tokayev,” said Yertysbayev, who appeared to be engaged in exactly that manoeuvre himself, airing thoughts that would have been suicidal to utter publicly just a few weeks ago.

“I think Nazarbayev didn’t watch the great film of Francis Ford Coppola The Godfather attentively enough,” said Yertysbayev. “There is no doubt that he is the father and founder of the Kazakh independent state, but he’s a living person and he has his minuses. And the biggest is his sentimental love for his family and clan. I think it’s unacceptable for a head of state.” 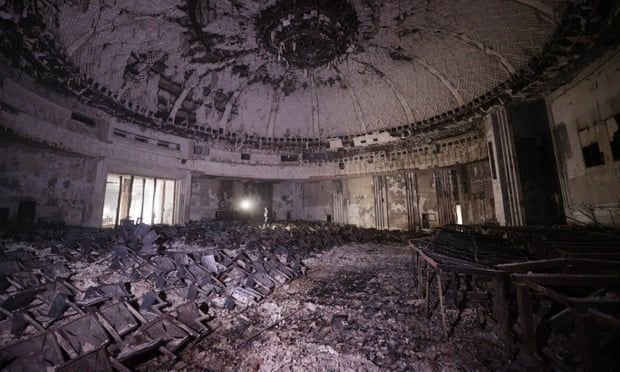 The charred remains of the assembly hall at the mayor’s office building in Almaty after rioting earlier in January.

The pervasion of Nazarbayev family members and their associates through state companies and various money-making enterprises was something that others in the elite found grating, and is one reason why supposedly loyal figures have been willing to change their tune so quickly.

The spectacle is likely to prove instructive for other autocrats in the region, notably the Belarusian leader Alexander Lukashenko and Russia’s Vladimir Putin, both of whom were rumoured to be considering the “Nazarbayev option” as a transition scenario.

Putin, whose current term expires in 2024, recently signed a law that would enable him to remain president until 2036, but analysts had also touted a Nazarbayev-like “father of the nation” role that would allow him a safe and prosperous retirement from frontline politics while retaining ultimate control. Suddenly, that looks a less secure option.

Putin has thrown his weight behind Tokayev, offering him the military support of a Russia-led alliance to help regain control. It is likely that he made this support contingent on a safety guarantee for Nazarbayev. However, Putin will also have noted the speed at which Nazarbayev’s supposed devoted supporters deserted the former leader.

“It will be used as an argument that no transition is possible, other than a transition from the current president to himself,” said Ekaterina Schulmann, a Moscow-based political scientist.

In Kazakhstan, people are waiting to see whether Nazarbayev will ever appear publicly again, and whether Tokayev will fully disown his predecessor, resurrect the personality cult or simply remain silent.

“We’ve had lots of small signals, but we are still waiting for the big one,” said Vyacheslav Abramov, the editor in chief of the vlast.kz news website.