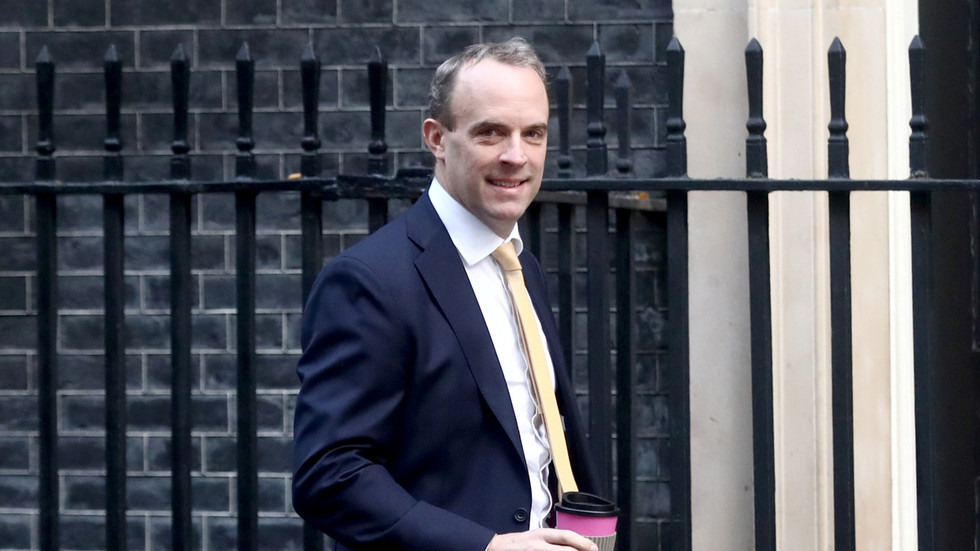 Where am I again? British Foreign Sec Raab heckled by locals and mocked online for not knowing his own constituency

British Foreign Secretary Dominic Raab has been jeered by his local residents and ridiculed on social media after appearing to not know where he was for his general election hustings in his own constituency.

Raab, appearing in front of a packed hustings at East Molesey Methodist Church in his constituency of Esher and Walton on Monday night, opened his speech in calamitous style.

"First of all, can I thank West Molesey Methodist Church,” the foreign secretary hesitantly told the audience, before nervously looking over to the chair of the hustings who quickly corrected him: “East Molesey.”

After the embarrassing error, residents dished out loud jeers and shouts of “good start Mr Raab. Well done,” for failing to know where he was…in his own constituency.

@Twitter decided to delete this video of @DominicRaab’s opening speech at hustings, showing us all that he didn’t even know what part of his own constituency he was in tonight. Please don’t share this as it may damage Mr Raab’s credibility. pic.twitter.com/S6qUJXrn2N

It’s not the first time Raab, 45, has been involved in a rather humiliating incident concerning UK geography.

In November 2018, while in his post as Brexit secretary, he was widely ridiculed for saying he “hadn’t quite understood” the importance of the cross-Channel trade which takes place at the English port of Dover. Raab also rather strangely claimed that the UK, as an island nation, is a “peculiar geographic economic entity.”

These bizarre comments have come back to haunt him after this latest incident. Social media has characteristically provided an array of sarcastic jabs at Raab’s expense, including some humorous memes.

“I knew national geography want (sic) his bag, but thought he might know his way around his Constituency,”tweeted one person. While another amusingly tweeted: “It’s near Dover.”

Despite defending a large majority just over 23,000, Rabb is under pressure to hold his seat in a constituency that voted remain in the EU referendum by 58 percent. Ian Taylor, who served as a Conservative MP in Raab’s constituency for 23 years, has come out in support of his Liberal Democrat rival Monica Harding. The British public go to the polls on December 12.