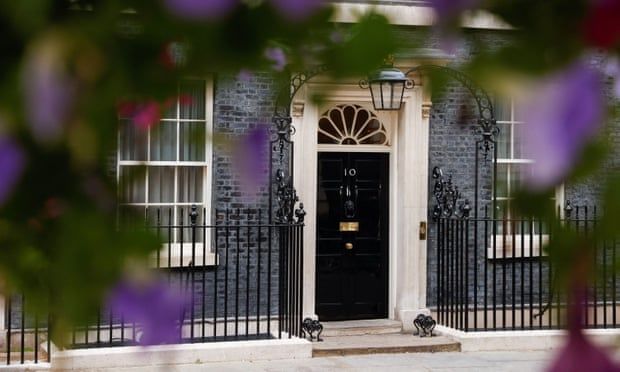 What happens when Boris Johnson resigns?

As it is announced the PM will leave his job, we look at the rules and conventions that apply

Boris Johnson is to resign as prime minister following an exodus of senior ministers. Here is what could follow.

What happens when Johnson resigns?

There are two options here. One is if Johnson agrees to leave No 10 the moment a replacement is found, as happened with Theresa May in 2019. Under this scenario nothing formal would need to happen – Johnson would stay in post, attempt to patch together an interim cabinet, and the focus would shift to choosing his replacement.

If he resigns with immediate effect it would require an interim PM to be appointed, as constitutionally there needs to be a prime minister in post at all times. Dominic Raab, the justice secretary, is the deputy prime minister and would be the default choice, but if he was standing to replace Johnson and it was felt incumbency could give him an unfair advantage, it is possible a more neutral option could step in.

How does a prime minister resign?

In a chronology known very well from TV news helicopter footage, a car takes them to Buckingham Palace, where they tender their resignation to the Queen, who then – on the advice of the ruling party – appoints a new prime minister.

This most usually happens after general elections, although in recent years, Tony Blair, David Cameron and Theresa May have stood down in mid-parliament. All stayed in office until a successor was chosen.

Could Johnson call an election?

Now the Fixed-term Parliaments Act has been repealed, under law an election can be requested by the PM at any time – and speaking to the liaison committee of MPs on Wednesday, Johnson hinted he could do this if colleagues try to force him out.

But to seek an election without the blessing of the government or the bulk of your own MPs would be constitutionally very unusual, and would be fiercely resisted. Under a constitutional convention known as the Lascelles principle, a monarch can refuse a request for an election for reasons including if the parliament is still deemed “viable”, if an election could harm the economy, or if a credible alternative PM existed.

It it understood that Buckingham Palace has been taking advice on what to do if Johnson does seek such a snap election.

How would a new prime minister be chosen?

By Conservative MPs and then members – the choice is for a leader of the Tory party, who is then prime minister as the party has a Commons majority.

Under rules set out in 1997, the first stage is – assuming there are more than two candidates – for the hopefuls to be whittled down by a series of votes by Tory MPs.

The precise method for this is set out by the party’s backbench 1922 Committee before each race, but in every round of MP voting, the candidate with the least support among MPs, and potentially also those who fail to reach a set threshold of votes, are eliminated, depending on the size of the parliamentary party at the time.

The final two are then voted on by party members, a longer process involving a series of hustings events. In 2019, when Johnson replaced Theresa May, the entire leadership process took about six weeks.