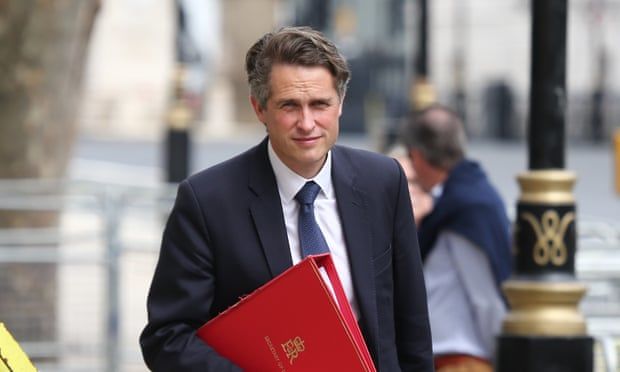 Judge calls decision not to revoke academy order ‘irrational’, as inspections halted during pandemic
A primary school in Sandwell, West Midlands, has become the first school to win a high court appeal against being forced to turn into an academy, arguing it could not demonstrate its improvement because Ofsted inspections were suspended because of Covid.

The governing body of Yew Tree primary school brought a judicial review against the education secretary, Gavin Williamson, after he refused to revoke an academy order imposed on the school in 2019, when it was rated inadequate by Ofsted.

In a judgment on Friday, Gavin Mansfield QC said he had “grave concern” about several aspects of the decision and there was clear evidence from the school “of both continued efforts to improve and success in achieving those improvements” that appeared to have been disregarded. He said the decision not to revoke the academy order was “irrational” and seemed swayed by a “perceived lack of support for academisation” from the local authority.

Jamie Barry, the headteacher at Yew Tree primary, described the result as a “huge relief”.

“We’re really pleased the judge has ruled the secretary of state acted irrationally because we’ve been corresponding for the best part of two years now and no matter how much evidence we were putting forwards, it never seemed to be enough,” he said.

Yew Tree was rated “inadequate” by Ofsted in January 2019 and upgraded in October to “requires improvement”. Governors and its local authority believe it would be rated “good” if visited by Ofsted again.

Mansfield noted that the suspension of Ofsted inspections for Covid constituted exceptional circumstances, and the decision on the academy order should have been based on “the substance of the performance of the school, not with whether there has been a formal grading by Ofsted”.

Barry said: “We invited [Ofsted inspectors in] and we said we would gladly risk assess it, but they weren’t legally allowed to because the law has changed because of Covid.”

If the school had been converted into an academy, changes would have come into effect in September, when children returned to school after a year of Covid disruption.

Paul Whiteman, the general secretary of the National Association of Head Teachers, said: “This case is important as the unnecessary disruption of a conversion would have been counterproductive.”

He said that while for some schools converting to academy status was a positive step, it could be “an unnecessary and unhelpful distraction” for others. “There are other schools in similar circumstances,” he said. “The pandemic prevented Ofsted from visiting schools but that does not mean that improvement journeys have halted. I hope that this decision will bring sufficient reassurance to them that their efforts and success throughout the most difficult of years will not be disregarded.”

A Department for Education spokesperson said: “We direct underperforming schools with an inadequate Ofsted rating to become academies because we know the support of a strong academy trust is the best way to secure sustained improvement in the best interests of pupils and the school community.

“We are now considering the next steps in relation to Yew Tree primary’s academy order following today’s high court judgment, which may include appealing [against] the court’s decision or assessing a new application from Yew Tree to set aside their academy order.”
#Covid
Add Comment