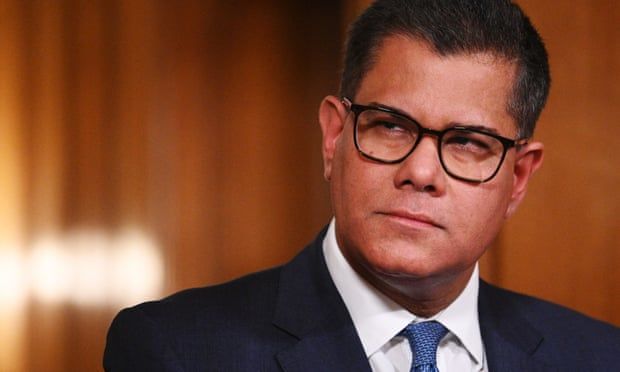 We’re on the brink of catastrophe, warns Tory climate chief

The world will soon face “catastrophe” from climate breakdown if urgent action is not taken, the British president of vital UN climate talks has warned.

Alok Sharma, the UK minister in charge of the Cop26 talks to be held in Glasgow this November, told the Observer that the consequences of failure would be “catastrophic”: “I don’t think there’s any other word for it. You’re seeing on a daily basis what is happening across the world. Last year was the hottest on record, the last decade the hottest decade on record.”

But Sharma also insisted the UK could carry on with fossil-fuel projects, in the face of mounting criticism of plans to license new oil and gas fields. He defended the government’s record on plans to reach net zero emissions by 2050, which have been heavily criticised by the UK’s independent Committee on Climate Change, and dismissed controversies over his travel schedule.

The Intergovernmental Panel on Climate Change (IPCC), the world’s leading authority on climate science, will publish a comprehensive report on Monday showing how close humanity is to the brink of potentially irreversible disaster caused by extreme weather.

“This is going to be the starkest warning yet that human behaviour is alarmingly accelerating global warming and this is why Cop26 has to be the moment we get this right. We can’t afford to wait two years, five years, 10 years – this is the moment,” Sharma warned, in his first major interview since taking charge of the climate talks. 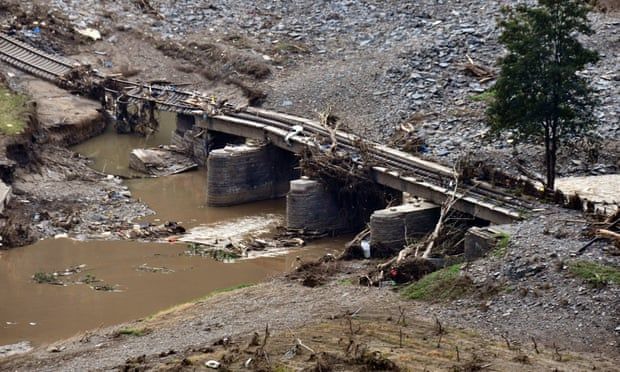 A railway bridge near Dernau in Germany destroyed by floods this month.

The consequences of global heating were already evident, he said. “We’re seeing the impacts across the world – in the UK or the terrible flooding we’ve seen across Europe and China, or forest fires, the record temperatures that we’ve seen in North America. Every day you will see a new high being recorded in one way or another across the world.”

This was not about abstract science but people’s lives, he added. “Ultimately this comes down to the very real human impact this is having across the world. I’ve visited communities that as a result of climate change have literally had to flee their homes and move because of a combination of drought and flooding.”

Sharma spoke exclusively to the Observer on the eve of the IPCC report to urge governments, businesses and individuals around the world to take heed, and press for stronger action on greenhouse gas emissions at the Cop26 conference, which he said would be almost the last chance.

“This [IPCC report] is going to be a wake-up call for anyone who hasn’t yet understood why this next decade has to be absolutely decisive in terms of climate action. We will also get a pretty clear understanding that human activity is driving climate change at alarming rates,” he said.

Disaster was not yet inevitable, and actions now could save lives in the future, he added: “Every fraction of a degree rise [in temperature] makes a difference and that’s why countries have to act now.”

As president of Cop26, Sharma faces a formidable task: current national plans from many countries to cut emissions are inadequate, and would take the world far beyond the 1.5C of warming the IPCC will warn is the threshold of safety. He must persuade countries including China, India, Russia, Australia and Brazil to come up with credible commitments and policies to cut emissions, as well as extracting promises of cash from the US, the EU and other rich nations to meet a longstanding unmet pledge of £100bn a year in climate finance to the developing world.

Green campaigners have warned that the UK is losing credibility on the world stage at a vital time. Ministers are facing legal challenge over their support for the new Cambo oilfield, while other new North Sea exploration licences were opened up earlier this year and a potential new coal mine in Cumbria has not been ruled out. 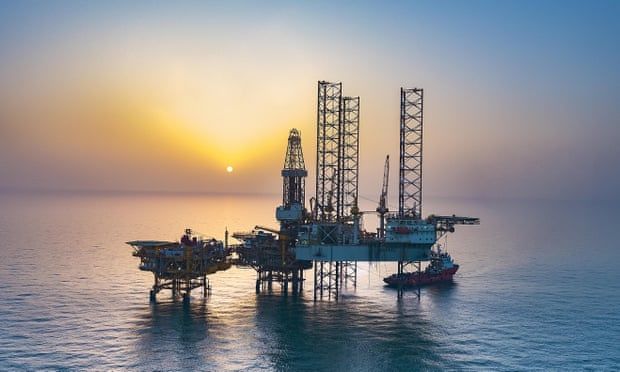 The Bozhong 13-2 field in the Bohai Sea, where China is opening a new oil and gas field.

These decisions come despite a warning from the International Energy Agency, the global energy watchdog, in May that all new fossil fuel exploration and development around the world must cease this year to have a chance of limiting warming to 1.5C.

“Future [fossil fuel] licences are going to have to adhere to the fact we have committed to go to net zero by 2050 in legislation,” said Sharma. “There will be a climate check on any licences.”

Rachel Kennerley, climate campaigner at Friends of the Earth, responded: “This is categorically the wrong approach, unnecessarily taking things down to the wire [in reaching net zero emissions by 2050]. Every year, every month, every day we delay makes the climate crisis more dangerous and expensive to resolve. How much better if the minister convinced everyone of the merits of investing instead in unpolluting jobs with a long-term future.”

Sharma has also faced criticism in recent days over his air travel to red-list countries, visiting at least 30 countries in the last seven months without quarantine on his return. He was exempted from isolation requirements, as are other many others workers under government rules. Seeing ministers in other countries in person had been essential, he said, to build trust and strike deals before Cop26, when he will face the task of bringing 197 countries together in a consensus to keep to the 1.5C target, with each required to set out detailed plans for doing so.

Sharma said he was “throwing the kitchen sink” at efforts to reach a deal. “I have every week a large number of virtual meetings, but I can tell you that having in-person meetings with individual ministers is incredibly vital and actually impactful,” he said. “It makes a vital difference, to build those personal relationships which are going to be incredibly important as we look to build consensus.”

Boris Johnson, the prime minister, was also deeply engaged, Sharma insisted, despite jibes from Labour leader Keir Starmer last week that Johnson was “missing in action”, having made no major intervention yet on Cop26, and was offering “a cabaret of soundbites” in place of policies. “The prime minister is very much at the frontline, I have regular dialogue with him,” said Sharma. “He is regularly talking to world leaders, making the case for more climate action.”

Several prominent Tories have also attacked the government’s green stance in recent weeks, rejecting moves to ban gas boilers and complaining of rising energy prices. Sharma used his first major interview as the clock ticks down to Cop26 to paint a picture of a healthier world within reach, if businesses and investors could be convinced to grasp the opportunities. “If we get this right, we can have a healthier planet, a cleaner planet, and we can have economic growth with high value-added jobs.”