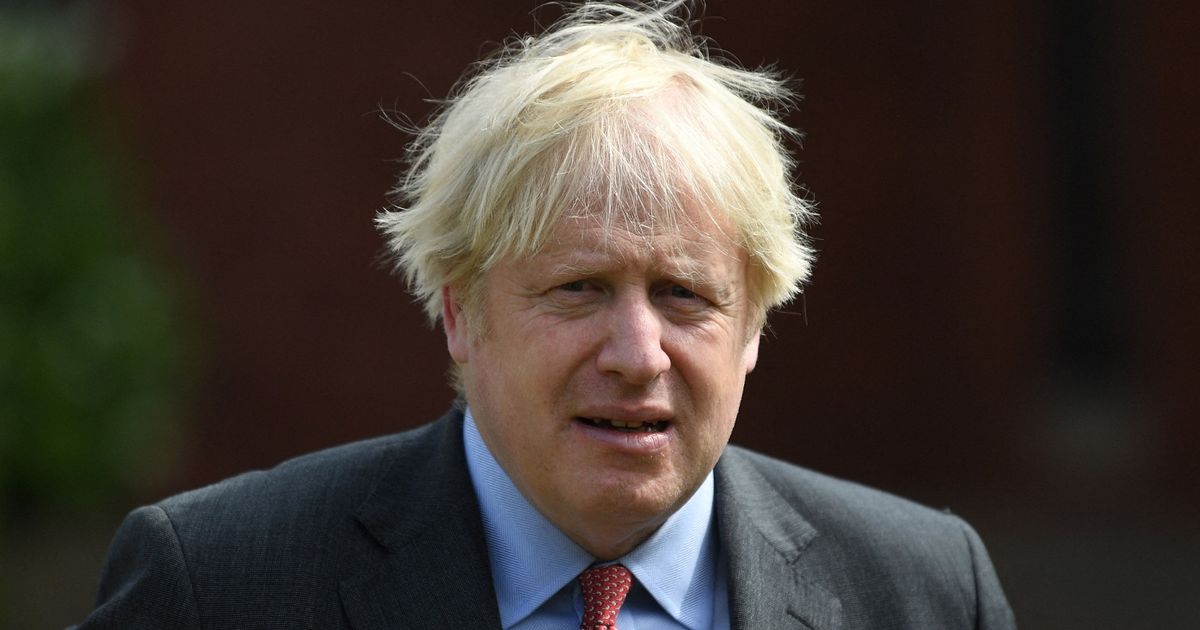 'We're not all in the same boat, Boris - and that will eventually sink you'

A privileged Tory egotist splashing nearly £300million on a vanity Boris Boat will hold most people back, not level us up, writes Kevin Maguire

How we weren’t, aren’t and never will be all in this together under the Conservatives will eventually sink Boris Johnson.

The Covid pandemic killing working people at far higher rates than it kills Old Etonians is rooted in deep inequality which won’t be jabbed away.

Surviving a brush with death in Batley and Spen, reprieved Keir Starmer is preparing to unleash hell against the Prime Minister.

Because a privileged Tory egotist splashing nearly £300million on a vanity Boris Boat will hold most people back, not level us up.

Hammering home that Johnson imposes one rule on us and another for his cronies – backing shameless, shameful Matt Hancock – is the Labour leader’s most lethal weapon. 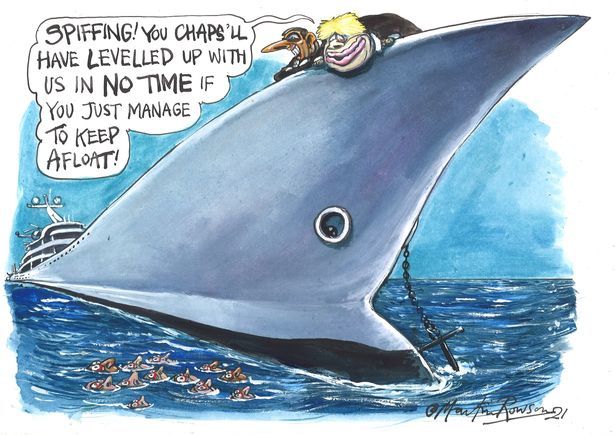 The nearly £300million vanity project will hold most people back, not level us up, writes Kevin Maguire

Free passes for tycoons flying into Britain on private jets while forcing holiday restrictions or bans on Joe and Jane Public is double-dealing.

Red carpets rolled out for 2,500 UEFA and FIFA blazers, and sponsors strolling through Covid laws to Wembley, is sickening, a PM who is no football fan grabbing tickets for himself.

Reality and rhetoric colliding will unmask Johnson as a charlatan hijacking the people’s game.

Inciting wars over statues, flags, songs and minorities is the classic strategy of a reactionary diverting attention from false promises to divide and rule.

From a living standards-cutting 1% for England’s nurses to denying a £14 weekly rise for 124,000 ex-coal miners and their families as Chancellor Rishi Sunak steals the £1.2billion stolen from the pension fund, they don’t care.

World inequality expert Professor Sir Michael Marmot’s report on Covid deaths being 25% higher in Manchester, where people are poorer than average, could equally apply to numerous towns and cities across Britain.

Batley and Spen was in part voters no longer falling for Johnson’s propaganda, scales beginning to fall from the eyes.

Some Tories recognise the Government is holed below the water line with six ex-DWP Secretaries begging Johnson and Sunak to sustain a £20 weekly Universal Credit lifeline.

Selfish Johnson in politics for himself will ultimately be his undoing.