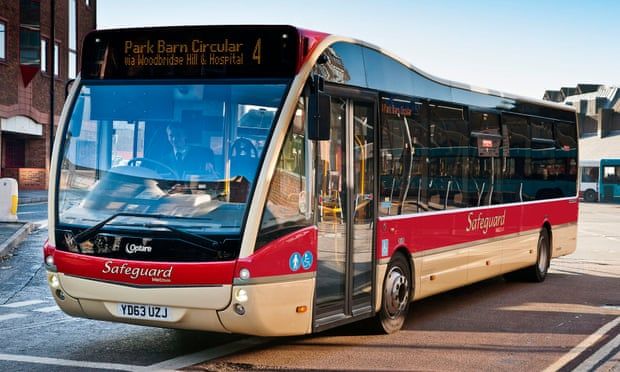 UK businesses reliant on fuel are braced for plummeting profits, as prices at the pump hit yet another record this week, with the cost of petrol topping £1.60 a litre for the first time.

Unleaded petrol hit £1.61 a litre on Thursday, having risen by 8p in a week, while diesel reached £1.70 a litre, as wholesale prices for oil remained close to all-time highs after western countries announced bans on Russian energy exports.

The RAC has urged the chancellor, Rishi Sunak, to cut VAT on fuel, as its figures show the cost of filling an average tank of petrol is at almost £88 while diesel has gone over £92. Meanwhile, companies are struggling with how to remain profitable as one of their biggest expenses grows ever larger.

Jonny Pattenden, the managing director of York-based courier JP Transport, says he is struggling to pay his staff as fuel prices surge. Since 2019, Pattenden’s fleet of nine vans moves everything from car parts to commercial waste, and runs an express courier service.

“In less than a year, fuel prices have jumped from £1.16 to £1.61. Because I cannot pass these costs on to our customers, I am having to swallow about 37% of my profit margin. It’s becoming really hard to keep my drivers on,” he says. 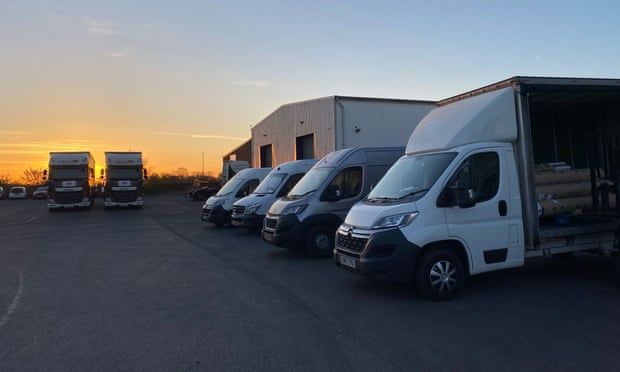 The boss of JP Transport is asking the government to cut VAT and fuel duty by 40% for two years.
On top of high vehicle maintenance costs, the price of keeping the engines running may be enough to put him out of business. “The cost of living has gone through the roof. We are also being squeezed more on clean air zones in major northern cities – this is adding £40 to the average cost of a typical delivery journey.

“The government have the chance to release the stress on us, by cutting VAT and fuel duty by 40% for two years,” says Pattenden, who has started a petition for the cause that has amassed 50,000 signatures.

Andrew Halliday, the managing director of Safeguard Coaches, a family-owned regional bus and coach company serving Surrey and Hampshire, says the price rise has reversed the small gains the firm had made after a dismal couple of years as the pandemic hit business.

Last year Safeguard received government support through the bus recovery grant, but this wound down in September – before the oil price surge began to bite. “Our revenues plummeted as rider numbers fell during the pandemic, so the grant helped us survive,” Halliday says. “Passenger numbers are returning, though are still not at pre-pandemic levels.

“But now, with the rise in fuel costs, we are back in the same position that we were in before the grant. 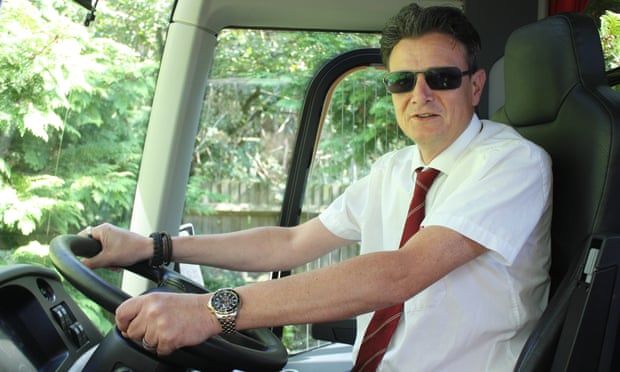 Jimmy Peeke, one of Safeguard’s drivers.

“We are expecting a huge hit to our bottom line. Typically we would buy 30,000 litres at about £1.50 a litre. But with petrol prices climbing, we are braced for our normal spend to increase by up to £10,000.”

He says raising fares is not an option, because the firm is trying to win back the customers that fell away during the pandemic, but hopes the increased costs of running a car will encourage people to “give the bus a go”.

Nationwide bus operators use hedged fuel to cope with the risks of a volatile market. But Halliday says this is harder for his small operation and together with Album, a group of small bus company managers he vice-chairs, he is working to pile pressure on the government to act. 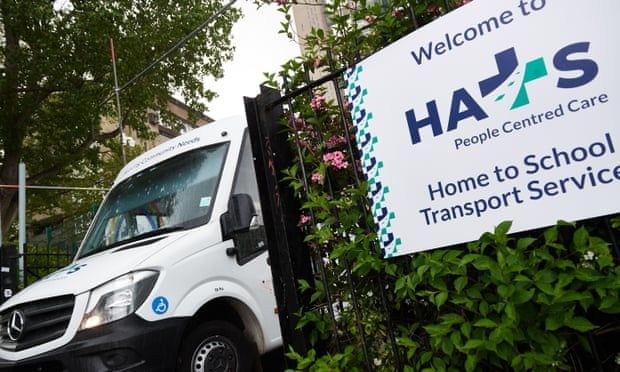 Hats Group says there are no protections against fuel cost increases in its public sector contracts.

The high energy costs, which are forecast to continue, are also raising fears for driver firms serving patients and vulnerable people. Hats Group relies on fuel for its essential services: taking children with special educational needs to school, transporting patients to hospitals and mental health facilities and relocating refugees.

Richard Hancock, the chief executive of Hats Group, says because there are no protections against fuel cost increases in its public sector contracts, the burden can be on it to absorb the loss. “We are not transporting people for fun – they need us and we cannot let them down. We are calling for state help with the petrol hike, which is adding up to 25% to our fuel costs, in the same way as furlough.”

To soften the blow and reduce unnecessary fuel usage, the company is carrying out daily checks on car maintenance and making sure the right size vehicle is assigned for each journey. It has also brought in driving assessors to improve driving style. “I’m hopeful that we will adjust, but these measures go only so far,” Hancock says. “We can’t change the aerodynamics of a 16-seater vehicle. We would like to expand our services but these rising fuel costs are limiting our dreams.”