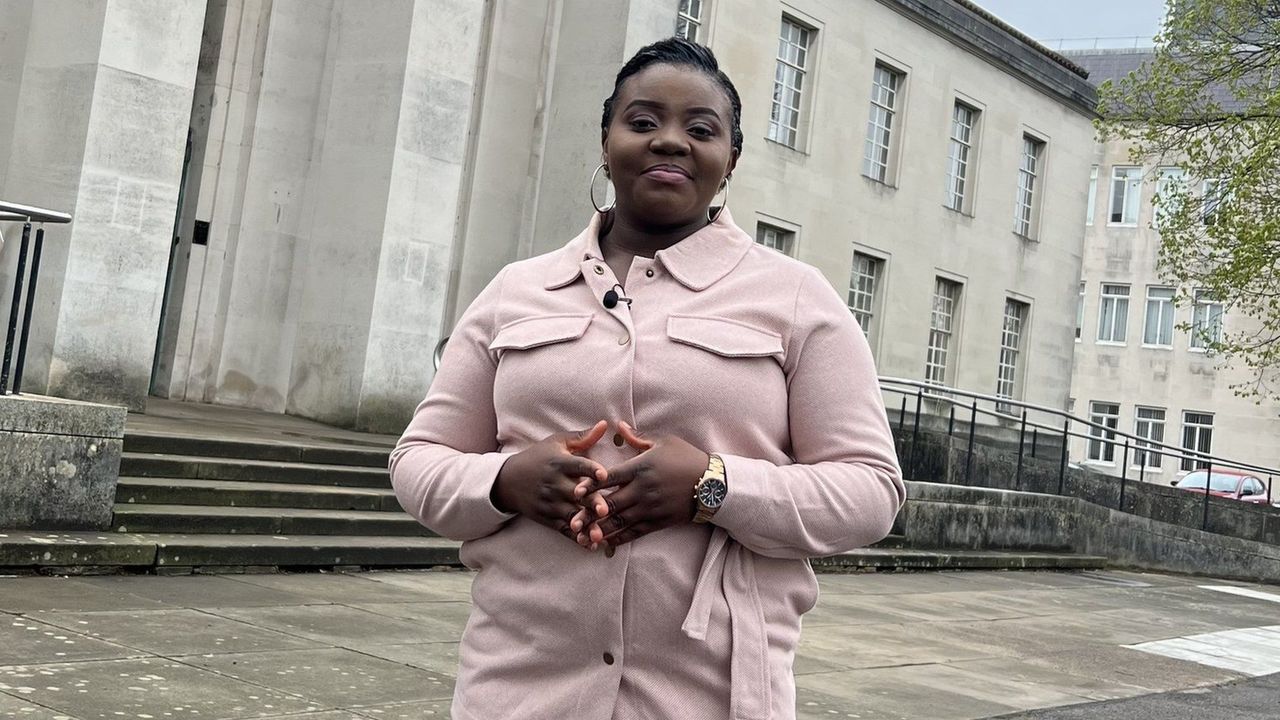 There are calls for political parties in Wales to run a minimum number of ethnically diverse candidates in elections.

Less than 2% of candidates in the 2017 council elections identified as being black, Asian or minority ethnic.

Campaigners said it was "time to act" with race-based shortlists to make sure the 5.2% of people in Wales who are ethnically diverse get representation.

But the three major parties in Wales all said they were against quotas.

There is no official data on the ethnic background of the candidates running in the council elections on 5 May - something the Electoral Reform Society has criticised.

But a candidate survey after the last election found just 1.8% of 1,682 respondents said they were from a non-white background. 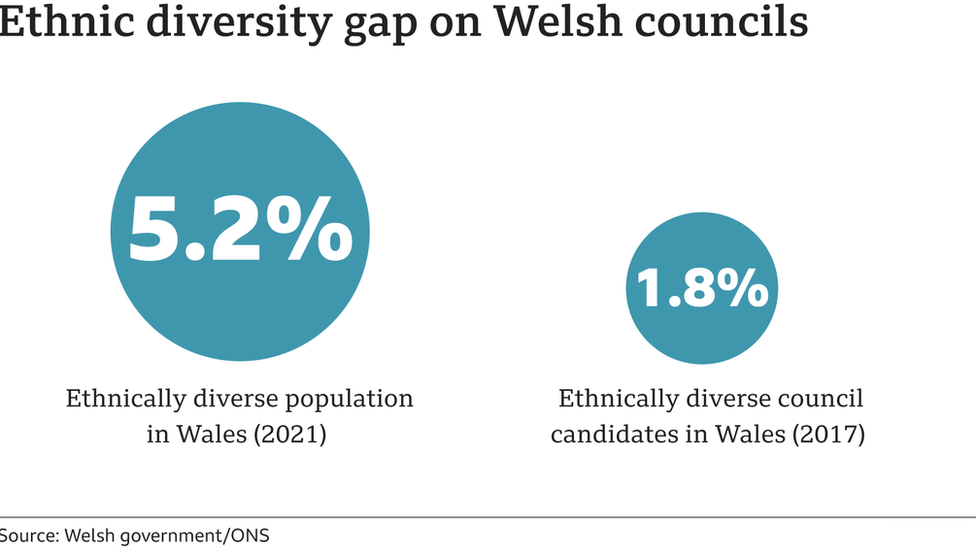 Three of the seven local authorities who responded to a request for figures by BBC Wales said they had no ethnically diverse councillors.

Cardiff council had the highest number of non-white councillors with nine out of 72 council seats.

Newport elected one Asian woman from 64 councils seats, while Swansea had one black woman from 72 seats.

"It's appalling, absolutely," said Evelyn James from Women's Equality Network Wales (WEN Wales). "It shouldn't even be something we should be talking about at this point, because we live in a diverse society.

"When you bring in the different cultures, the dynamics in the thinking, that's how you thrive... so it is important for us to allow every Welsh citizen to be part of the decision process, for their voices to be heard."

WEN Wales said the first step in overcoming barriers to political participation, such as prejudice, a lack of childcare provision and financial disincentives, was a system that guarantees councils elect people of colour.

"We are not saying that diversity quotas are the only effective tool... it is a starting point," said Ms James. "Give them the chance to be at the decision table, because if we leave it to chance they have lots of barriers already in place that limit them.

"If you deliberately create a system that gives them the opportunity, then you get to see what potential they can bring to the table." 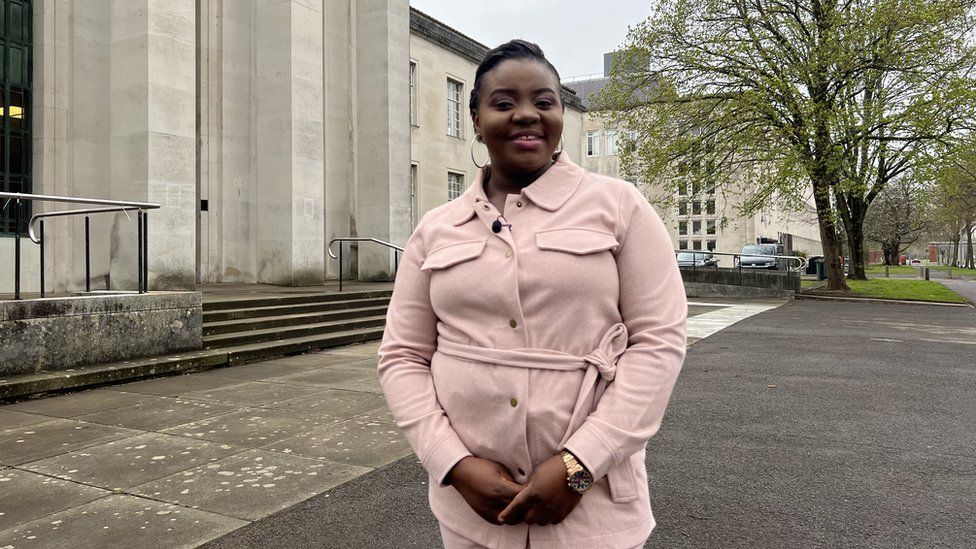 Evelyn James said: "We're not going to wait until decades to come to make the difference"

The Welsh Local Government Association (WLGA), which represents all local authorities, said it also wanted to see "greater diversity in our councils' chambers, to ensure councils reflect the communities they serve".

It has run diversity mentoring schemes and said all councils had signed a diversity pledge.

A WLGA spokesperson added: "Quotas are often politically contentious, however the WLGA Council agreed that groups or parties should consider using voluntary quotas and review their use following the election."

But Welsh Labour, the Welsh Conservatives and Plaid Cymru have all come out against a quota system for the selection of their candidates.

Instead, Labour said black, Asian and party members from other ethnic minority backgrounds have been over-represented in its future candidate programmes.

But Ramesh Patel, who is standing down after more than two decades as a Labour councillor in Cardiff, said his party was not doing enough. 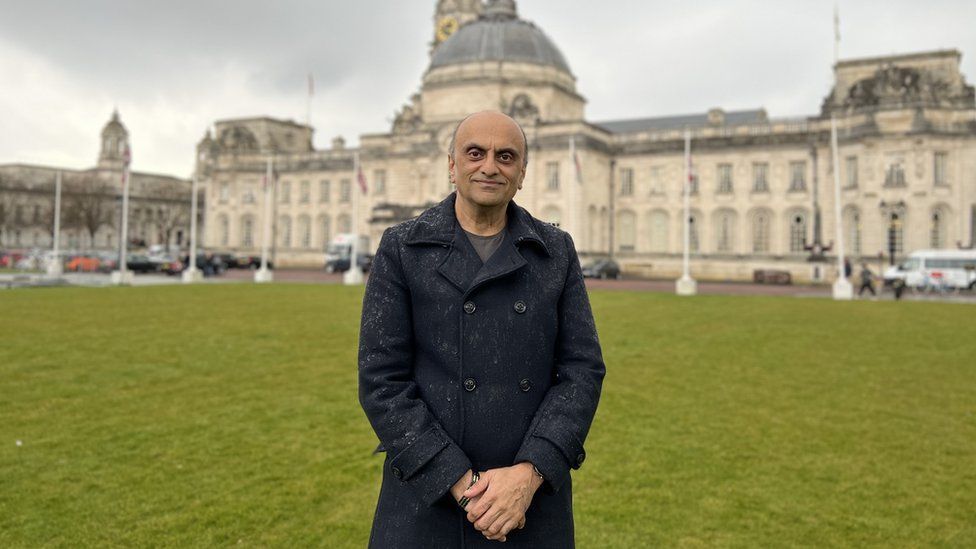 "We should now start to be looking at possibly all-women shortlisting for people from diverse communities," said Mr Patel. "It seems like, almost, you've got to fight lots of obstacles to get your name on the ballot paper and that should not happen."

Mr Patel wants Labour to consider using diversity quotas because he said having people of colour on the Cardiff councils had made a "huge difference", especially when it came to communicating with constituents in different languages and understanding cultural differences.

He said the need for more ethnically diverse politicians applied to all political parties.

"In Cardiff, I've been fighting for that for years and years and that hasn't happened... because people just don't understand what that requirement is," he said. "But if you've got more diverse councillors, they could be the voice and get some of those things done."

The Welsh Conservatives called quotas "demeaning, implying certain people are a special class that need favours based on their demography".

A party spokesperson said it "supports people from all backgrounds to join" and had a strong record of getting ethnic minority candidates elected in Wales.

Altaf Hussain became the first Asian heritage councillor for the Pen-y-fai ward in Bridgend county in 2017.

He is standing down from the council this election, after becoming a Conservative MS for South Wales West last year.

The retired orthopaedic surgeon said to get the best candidate, the selection process must be open to all. 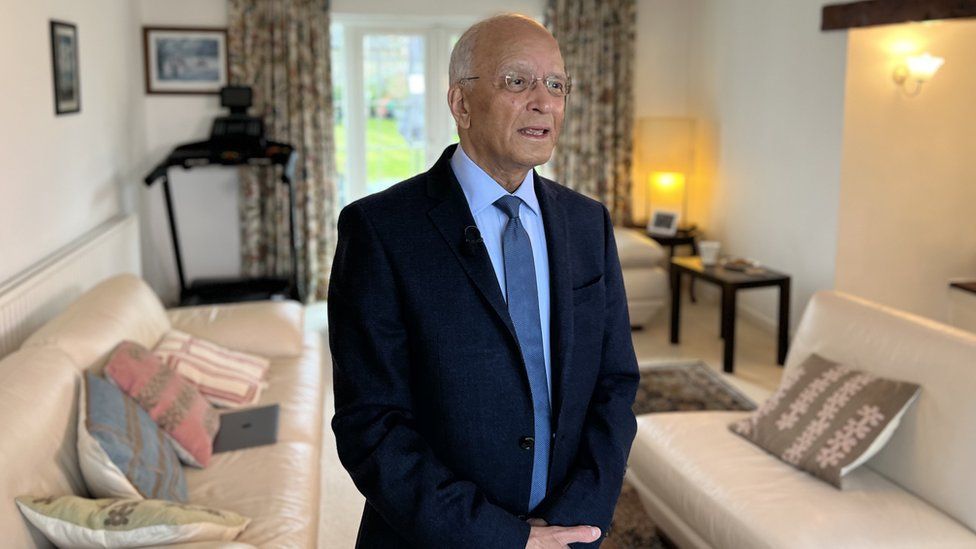 Altaf Hussain, one of the first Asian heritage councillors in Bridgend says he wanted to see integration, not quotas

Quotas would be "a diversion", he said.

"What I believe is integrity, there should be no difference between you and me," he said. "I don't think quota business can work, that means really you're.... limiting their competition."

But Mr Hussain said many immigrants come to Wales to earn money and see a job in politics as being too unstable and not paying enough.

He added that some may not be coming forward because "they're still thinking that we are not equal, which is horrible.

"Skills should be developed within the political parties and there should be mentors.... but that's not happening at present."

The chairman of Plaid Cymru's black and minority ethnic section, Abyd Quinn Aziz, said the party did not see quotas as the "necessary response or an answer". 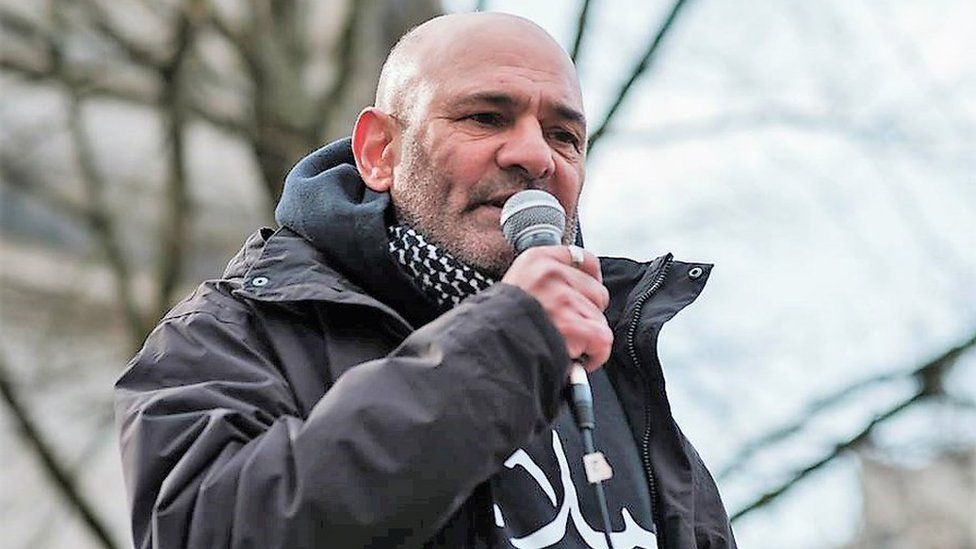 He said quotas can, in some cases, "undermine" politicians from a minority ethnic background.

"There are people who say that means you get the job, irrespective of whether you can do it or not," said Mr Aziz. "We have an imposter syndrome or an 'am I good enough' feeling anyway, without that adding to it."

Looking at racial diversity was something "relatively new" for Plaid, he said, explaining that it was part of a wider effort to demonstrate the party is for everyone in Wales, not just Welsh language speakers.

"Shadowing, mentoring and encouraging people to join" and take on different roles is the way the party will get more ethnic minority candidates standing for council, he said.

Mr Aziz and Mr Hussain both said they believed educating young people was the key to more diverse politics in the future. 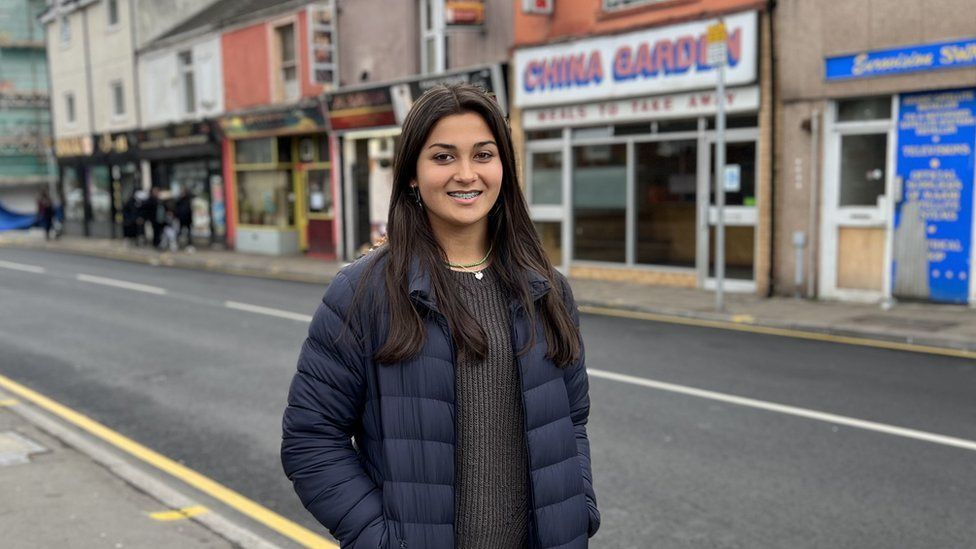 The last election in Wales, in December, saw the Welsh Youth Parliament become the country's most diverse political body.

Hermione, 15, who represents Gower, said she hoped it would inspire more participation from 16 and 17 years olds, who will be allowed to vote in a council election for the first time in May.

"Councils and parliaments reflect the wider community," Hermione said. "If people have someone they can relate to in a position of power, it will inspire them to make a change themselves."

She said she hopes her generation of politicians will help to close the diversity gap in Welsh politics.

Just one of Swansea council's 72 councillors is black
Add Comment