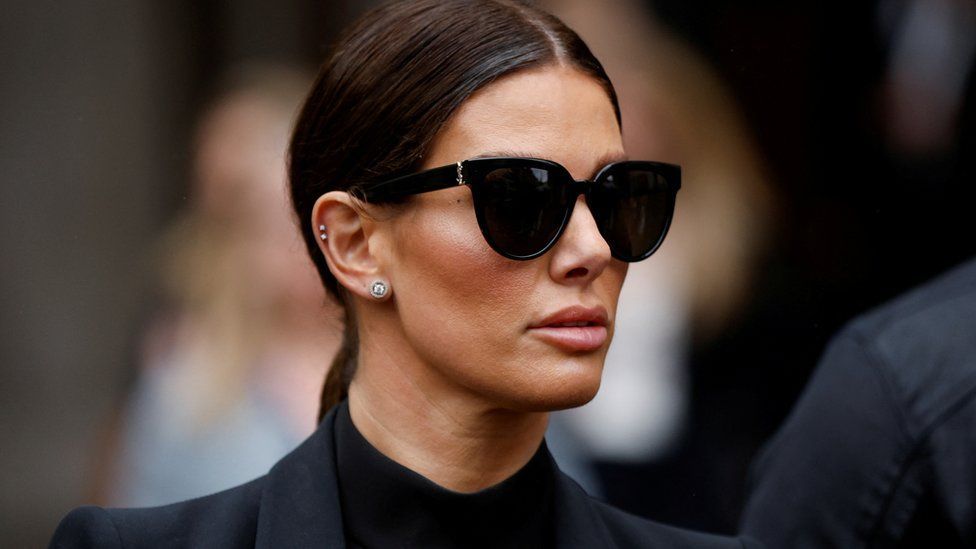 Mrs Rooney's legal team have not yet produced a final total for their costs, but the last figure presented to the court was £1,667,860 - and 90% of that would be £1.5m if it remains unchanged.

Mrs Rooney incurred total costs of more than £2m, but £350,000 of those had already been racked up before the trial in May, so those were removed from the figure that her legal team presented to the court.

Mrs Rooney had argued she should be paid 100%, while Mrs Vardy had asked to pay 80%.

The order is to contribute to costs incurred, and is not a libel payment - because it was Mrs Vardy who was suing for libel and her claim failed.

Mrs Rooney, therefore, was not awarded any libel payment. 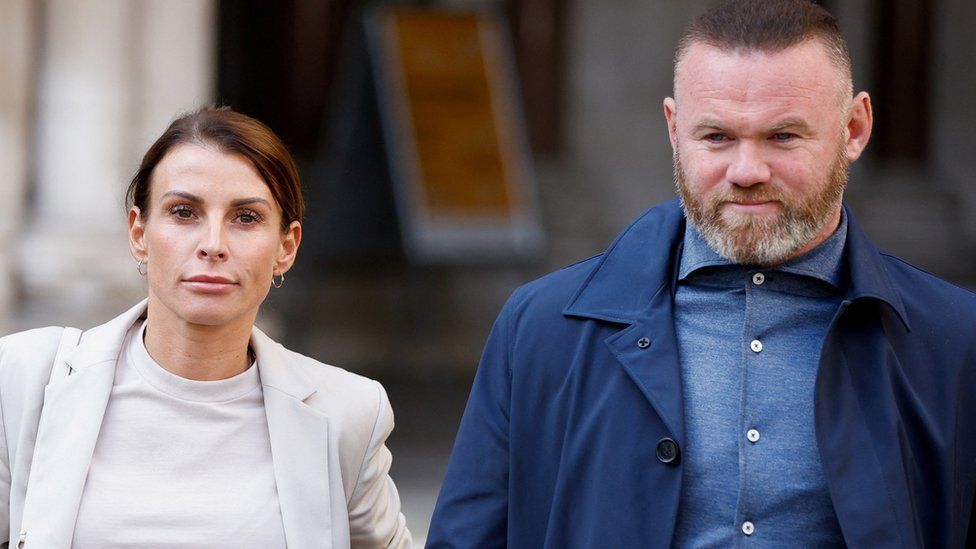 Coleen Rooney, pictured with husband Wayne during the trial in May

The final figure of costs Mrs Vardy has to pay may be reduced further if she does not agree to pay the 90% total incurred by Mrs Rooney and, at a later date, a court considers some of those costs to have been unreasonable.

Mrs Justice Steyn said there were certain issues which arose during the seven-day trial which justified the reduction of 10% in the amount Mrs Vardy has to pay, including Mrs Rooney's "weak" allegation that Mrs Vardy was one of the people behind The Sun's "Secret Wag" gossip column, and Mrs Rooney's unsuccessful public interest defence.

"However, given the defendant's success on the defence of truth which was at the heart of this claim, and the degree to which there was overlap between the issues, I consider that the appropriate reduction is 10%," the judge said.

On top of the estimated £1.5m, Mrs Vardy will have to pay her own legal costs, which could bring her combined bill to over £3m.

Mrs Vardy will also have to pay some of the costs incurred by seven journalists who were potential witnesses but did not give evidence.

The trial took place earlier this year after Mrs Rooney, the wife of former England footballer Wayne Rooney, conducted a sting operation in 2019, accusing Mrs Vardy online of leaking private stories about her to The Sun.

Mrs Vardy has always denied passing the information from Mrs Rooney's private Instagram to the newspaper.

But in July, Mrs Justice Steyn ruled that Mrs Rooney's accusation was "substantially true", saying it was likely Mrs Vardy "knew of, condoned and was actively engaged" in the process of leaking stories about Mrs Rooney to the Sun in collaboration with Mrs Vardy's agent, Caroline Watt.

Mrs Vardy, who is married to Leicester striker Jamie Vardy, said in a statement released at the time that she was "extremely sad and disappointed" at the judge's decision.

Mrs Rooney said she was "pleased" the ruling had gone in her favour, adding "it was not a case I ever sought or wanted".

The trial was dubbed "Wagatha Christie" - a reference to Wags, the wives and girlfriends of footballers, and Agatha Christie, the author famous for her whodunit mysteries.

Libel cases are mounted when an individual feels their reputation has been damaged following the publication of a false statement.