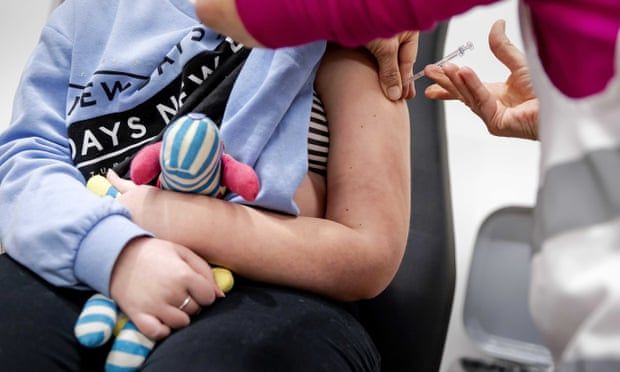 Two weaker doses of Pfizer jab to be given, with some scientists calling for all in age group to be vaccinated

Hundreds of thousands of clinically vulnerable five- to 11-year-olds are to be offered Covid vaccines for the first time, with some scientists calling for the programme to be extended to the whole age group before the new UK school term.

The Joint Committee on Vaccination and Immunisation (JCVI) has recommended vaccinations for about 330,000 younger children at clinical risk, and also those living with someone who is immunosuppressed.

They will be offered two doses of the Pfizer vaccine – in 10-microgram amounts, a third of the quantity used for adults – with a gap of eight weeks.

A parallel announcement will expand the booster programme to more teenagers, including 16 and 17-year-olds.

The JCVI’s decision on five- to 11-year-olds came after the UK’s medicine watchdog, the Medicines and Healthcare products Regulatory Agency (MHRA), approved the use of the Pfizer vaccine for them. 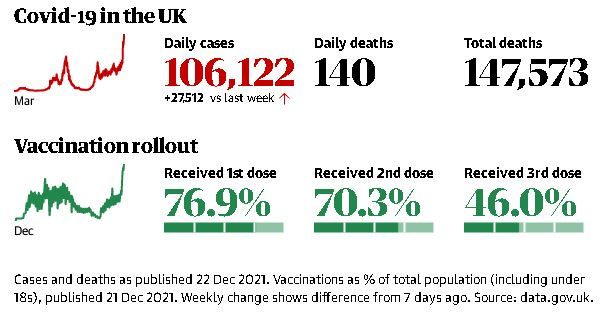 “Parents and carers can be reassured that no new vaccine for children would have been approved unless the expected standards of safety, quality and effectiveness have been met,” said Dr June Raine, the MHRA’s chief executive.

While the MHRA’s green light covers the entire age group, the JCVI is unlikely to approve a mass vaccine rollout among primary age children for another month or longer, a move that could frustrate ministers, aware that the US and a number of EU countries are already doing this.

Christina Pagel, a professor of operational research at University College London, and a member of Independent Sage, said the delay was “setting children up for another term of educational disruption and potential illness”, and would also place parents and school staff at greater risk.

She said: “The US has successfully and safely given over 7 million doses to children. Many EU countries are now vaccinating primary school children before the next term. To say that there are logistical difficulties in administering a smaller dose is simply not credible and not good enough.”

While teaching unions argue it is up to scientists and parents to decide on such matters, Julie McCulloch, head of policy at the Association of School and College Leaders, said the option of extending the rollout remained open, “and we hope that decision will be made in a timely manner”.

However, some medical experts have raised concerns about the legitimacy of vaccinating children – who tend to experience Covid as a very mild illness – in order to protect the wider population.

The JCVI’s role is to balance any impact of vaccination against these notably lower risks faced from Covid by healthy younger children. In September, the watchdog referred the decision on mass vaccination for 12- to 15-year-olds to the UK’s chief medical officers, saying the net health benefit even for this age group was too small.

With the rapid spread of the Omicron variant, the JCVI also has to consider how much protection two vaccine doses will give, and whether the natural immunity seen in the estimated 40% of younger children already exposed to Covid helps repel the variant or not.

The JCVI could only act on vaccines for younger children when the MHRA approved the Pfizer vaccine for this use. Some officials have said the delay in this was caused by Pfizer only applying to the MHRA after the EU’s European Medicines Agency (EMA) completed its process for the age group.

In a parallel announcement, the JCVI recommended the rollout of booster vaccinations to those aged 16 and 17; children aged 12-15 who are in a clinical risk group or in a household with someone immunosuppressed; and 12- to 15-year-olds who are severely immunocompromised and who have already had a third primary dose, the same as happens now for immunocompromised adults.

This should happen, again as with adults, no less than three months after the main doses.

All the JCVI’s recommendations are UK-wide, though it is then up to the governments of each UK nation to decide whether to accept them. The chief medical officer for Wales, Dr Frank Atherton, immediately said he would.

The definition of clinically vulnerable children will be the same as used for adults, as set out in the section of the government’s so-called Covid green book detailing vaccines policy.