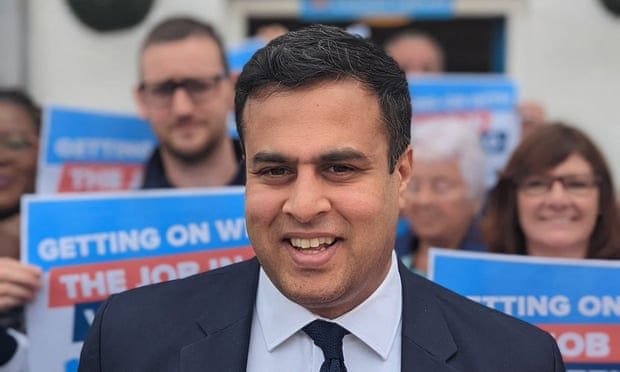 Voters can trust Tories like they do GPs after Harold Shipman, says Wakefield candidate

The Conservative candidate in the Wakefield byelection has said voters should still vote for the party despite Imran Ahmad Khan’s conviction for sexually assaulting a boy as “we still trust GPs” after Harold Shipman killed 250 people.

Nadeem Ahmed was asked why people should vote Conservative after Khan was sentenced in May to 18 months in jail for molesting a 15-year-old boy. Khan, 48, had plied him with gin at a party in 2008. He was expelled from the party and later resigned from the Commons, triggering the byelection in the West Yorkshire constituency on 23 June.

Ahmed has said Khan was “one bad apple”. He told the Daily Telegraph: “He’s in prison, which is the right place. As a teacher, a father, and as a human being, what he did was wrong.

“He has been convicted of that offence, and I cannot stand here and say that was right. It was absolutely disgusting. And the people of Wakefield know that he was one bad apple.”

Ahmed made the comparison with Shipman, who was given a life sentence at Wakefield prison in 2000: “Harold Shipman committed suicide in Wakefield prison. He was a GP, he was a trusted professional, just like teachers and others.

“Have we stopped trusting GPs? No, we still trust GPs and we know that he was one bad apple in there.”

Harold Shipman, who died in prison in 2004, was convicted of the murder of 15 of his patients. However, a subsequent inquiry estimated that the true figure was closer to 250.

Shipman’s modus operandi was to inject elderly patients with a lethal dose of the painkiller diamorphine and then sign a death certificate claiming they had died of natural causes.

Khan was the first Tory MP to be elected for Wakefield since 1931 amid a wave of Conservative victories in “red wall” constituencies in traditional Labour heartlands at the last general election in 2019.

A survey by JL Partners at the beginning of the month gave Labour a 20-point lead over the Tories in the West Yorkshire constituency. It put Labour on 48% and the Tories on 28%, down by 19 points.