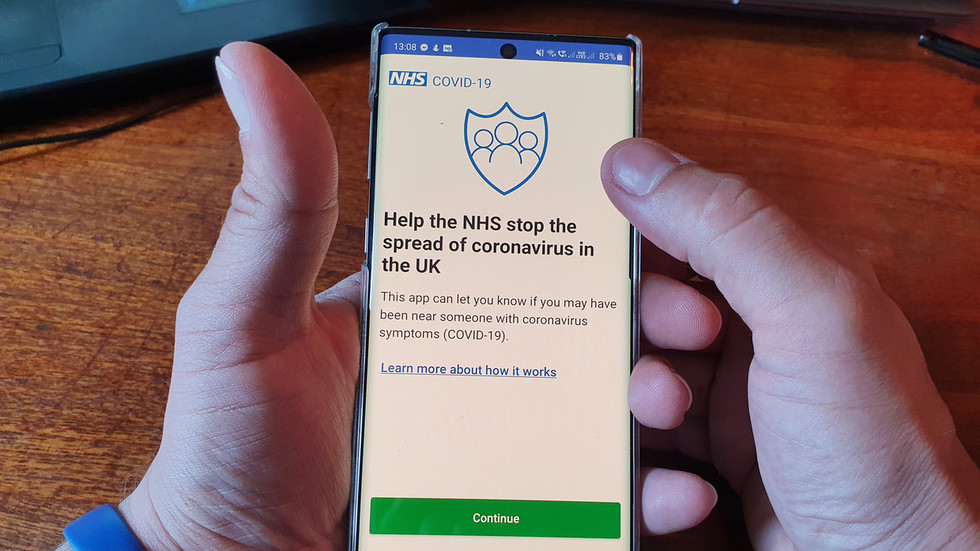 The UK is set to use a "decentralized" model proposed by Google and Apple for its Covid-19 contact-tracing app. The previous model developed by the NHS sparked privacy and usability concerns.
The government is switching to a model based on technology provided by Apple and Google. Despite the replacement, the user interface will stay the same.

The news follows reports that the NHS app's advisory board is considering dropping the current centralized model, by which data is stored on a central server controlled by authorities and opting for a decentralized approach touted by Google and Apple, by which data is kept on the users' smartphones.

The government had dismissed this idea in the past, arguing that a more centralized model makes it "easier" to track overall trends on the spread of Covid-19 and to audit the system.

Britain has been developing its contact-tracing app, called 'NHS Covid-19,' since March. It uses Bluetooth signals to log when smartphone owners are close to each other, and alerts them if someone has coronavirus symptoms.

The NHS app, however, sparked privacy concerns, fueled by further reports of it failing numerous performance tests. The US-based tech giants are insisting that their decentralized model better protects personal data against hackers or authorities who may wish to exploit the information without the users' consent. They said that their approach will make it impossible to identify certain smartphone owners by the government or any other third party.
#COVID  #COVID-19
Add Comment