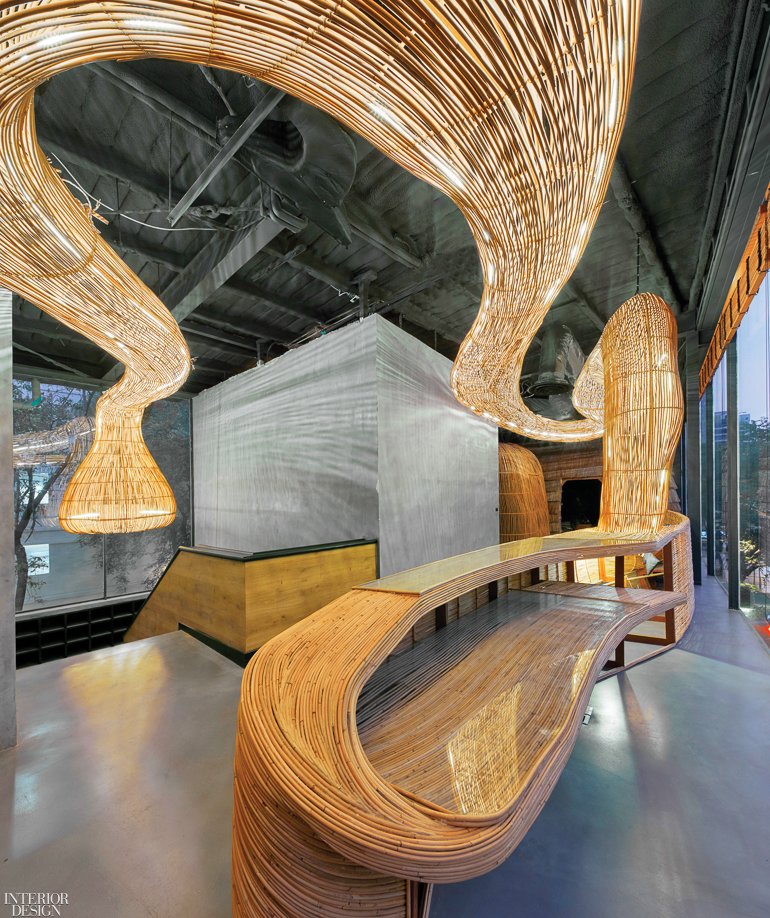 Treating the confines of the structure as a vessel to be explored, Enter Projects Asia founder Patrick Keane introduced a series of rattan tubes that snake through the interior, occasionally ballooning overhead like clouds. This nexus of biomorphic pipes, which he describes as “a material guide to the space,” seems alive, more sentient being than architecture. During the day, they connect the various parts of the studio like a system of arteries; at night, lit from within by LEDs, they become neural pathways, channeling energy from one end of the facility to the other. Keane used software like Maya, an application for special effects in movies, to generate possible forms and configurations. Though the design emerged through high-tech digital manipulations, the materials come from Thai craft traditions. The curved walls and ceiling of the large studios, for instance, are clad in shiplap-style marine-teak paneling from a local boatbuilder, while all the natural rattan elements were handmade by a small Bangkok workshop. 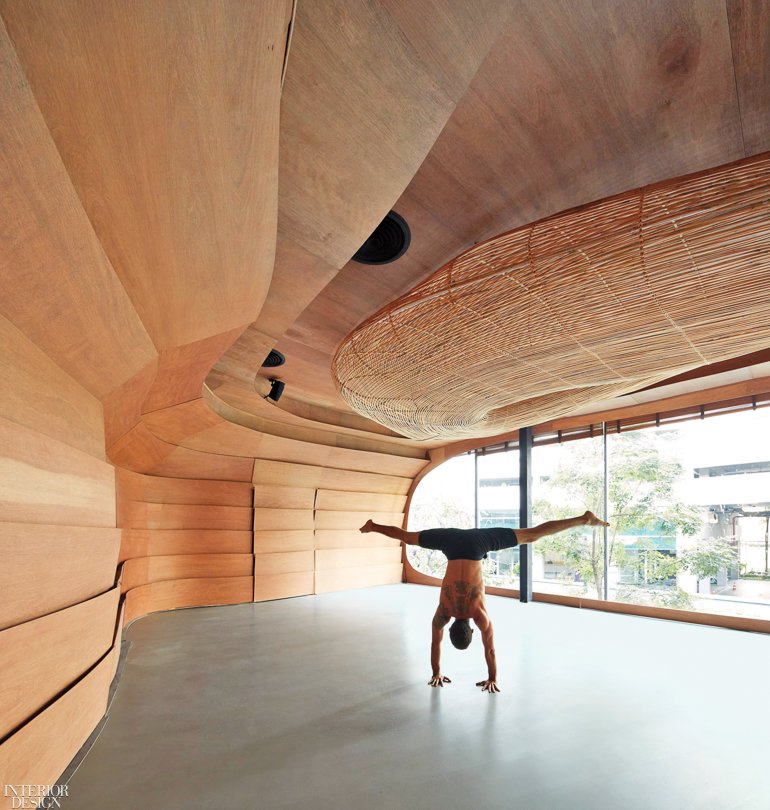 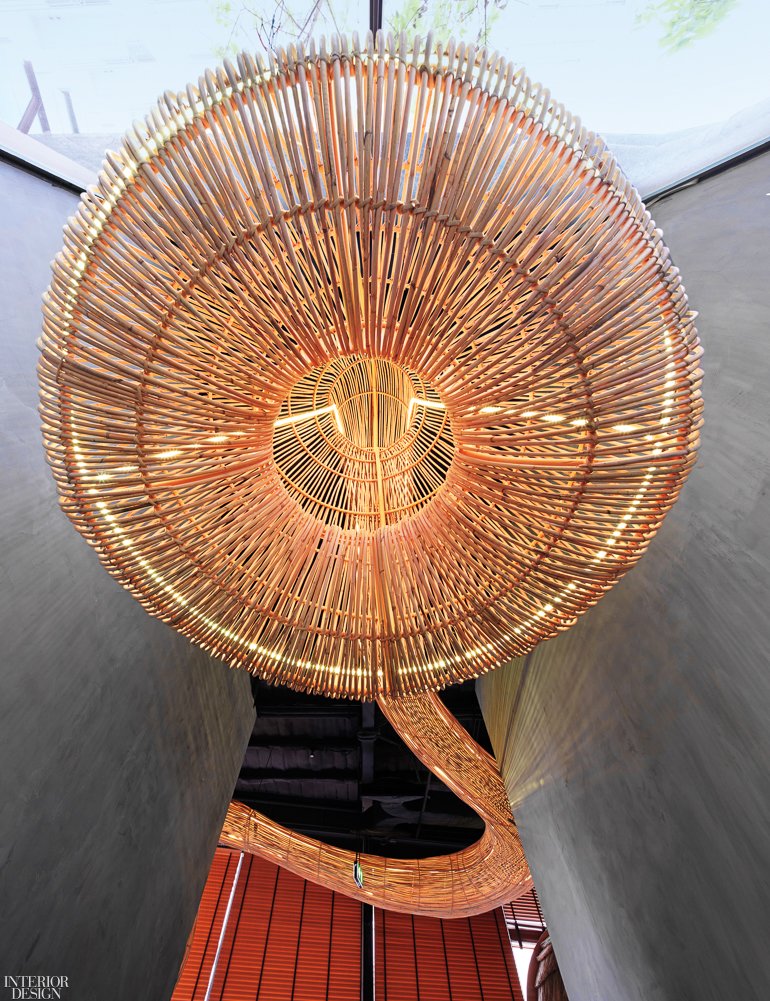