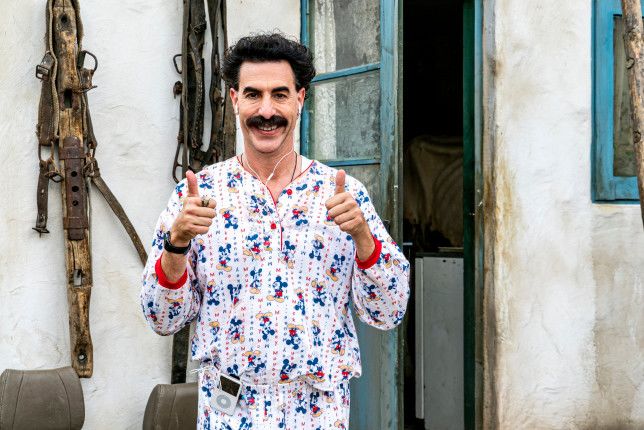 Very nice!: Extra footage from Borat 2 to be released on Amazon Prime

The new and extended scenes will be part of a follow-up series called – deep breath – Borat Supplemental Reportings Retrieved From Floor of Stable Containing Editing Machine.

A multi-part special, it will show more of Sacha’s Borat living in lockdown with his daughter Tutar (Maria Bakalova).

Another new clip shows Tutar interviewing a couple over Zoom while posing as a political journalist, quizzing them about former president Donald Trump.

In the interview, she asks: ‘Is social distancing the reason Melania never stands close to Donald?’

The couple tells her: ‘She was doing that before Covid ever came out.’

There is also drama in a behind-the-scenes look as the actor appears to be urging his crew to make a quick getaway at a right-wing rally.

Sacha was filmed crashing the rally in June 2020, encouraging the crowd to join in with his song about ‘Wuhan flu’.

A release date for Supplemental Recordings is yet to be announced.

The Trial of the Chicago Seven star has sworn off bringing the character back for a third film in case he gets into a spot of trouble he can’t get out of.

‘I think I’d be mad to,’ he told NPR. ‘I was so angry with what was going on in America. And I’m not an American citizen, but I was scared for America. 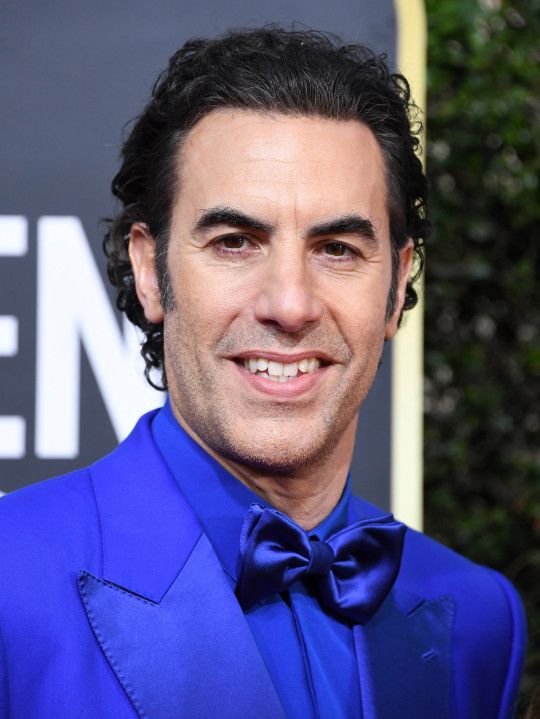 ‘I was scared for the rest of the world because I knew that if – I felt that if democracy was completely dismantled in America, then other democracies around the world would follow suit, and other authoritarian leaders would do the same.

‘And I felt I had to take a stand. So no, I can’t do this again. Firstly, just practically, at some point, your luck runs out.’

The sequel, titled Borat Subsequent Moviefilm: Delivery of Prodigious Bribe to American Regime for Make Benefit Once Glorious Nation of Kazakhstan, has made a star out of Maria, who has been nominated for a best supporting actress Oscar.