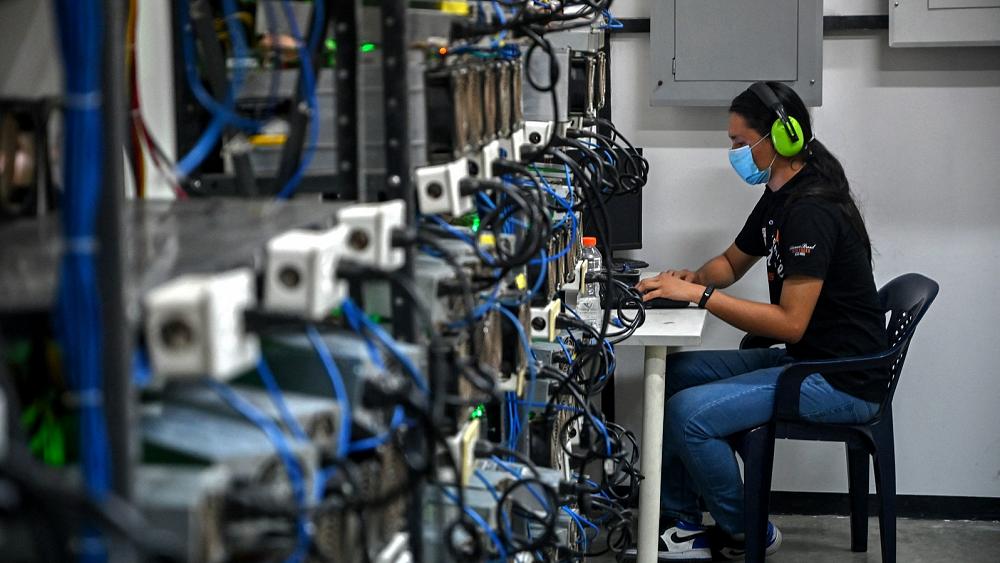 Venezuela’s cheap electricity is a blessing for its Bitcoin miners

Undeterred by power cuts and slow internet speeds, one Caracas-based company is taking advantage of low kilowatt rates to mine Bitcoin.

In the highly competitive world of crypto mining, economically-battered Venezuela has one advantage - extremely cheap electricity.

With energy prices as low as 0.06 cents per kilowatt/hour, mining cryptocurrencies is proving to be extremely lucrative for one Caracas-based entrepreneur, in a country riddled by economic uncertainty and some of the highest rates of hyperinflation in the world.

Mining firm Doctor Miner has a bank of 80 shoebox-sized computers that each cost around €340 and mine Bitcoin 24 hours a day, generating €8,500 worth of the token a month.

Company president Theodoro Toukoumidis said the firm began mining Ethereum from staff members' homes in 2016, before setting up the grid of computers that now focus on Bitcoin.

“In Venezuela, any old-gen, mid-gen or next-gen mining machine is profitable,” he told AFP.

"I sold my car to buy a computer and I literally had to walk everywhere to buy my first machine. And my partner exchanged the motorcycle he had for a computer and the two of us stayed on foot, betting absolutely everything on this technology," he added.

While Venezuela suffers from regular power blackouts and slow internet speeds, they are not enough to disrupt a growing cryptomining industry.

Venezuela's currency, the bolivar, has been dogged by hyperinflation over several years.

The country's central bank has declared it will cut six zeros from the currency from October 1, to try and save it from sliding further against the US dollar.

The bank has already cut eight zeros from the bolivar since 2008.

Having cryptocurrencies "is a way out of hyperinflation in Venezuela for many people," said Venezuelan economist Aaron Olmos.

"In Venezuela the kilowatt/hour is very cheap, practically 0.06 cents. And that makes validating a blockchain or mining a cryptocurrency much more profitable for any Venezuelan than in any other country," he said.

In 2017, Venezuelan President Nicolas Maduro launched a cryptocurrency called the 'Petro' which he said would be used to get around what his government called the US's "financial blockade" of the country.

Despite Maduro pushing for its wider use, it has failed to win consumer or investor confidence.